By fulfilling the wish of a 12-year-old boy, PittGirl learns that you don't always need a lot of money to grant the perfect wish. 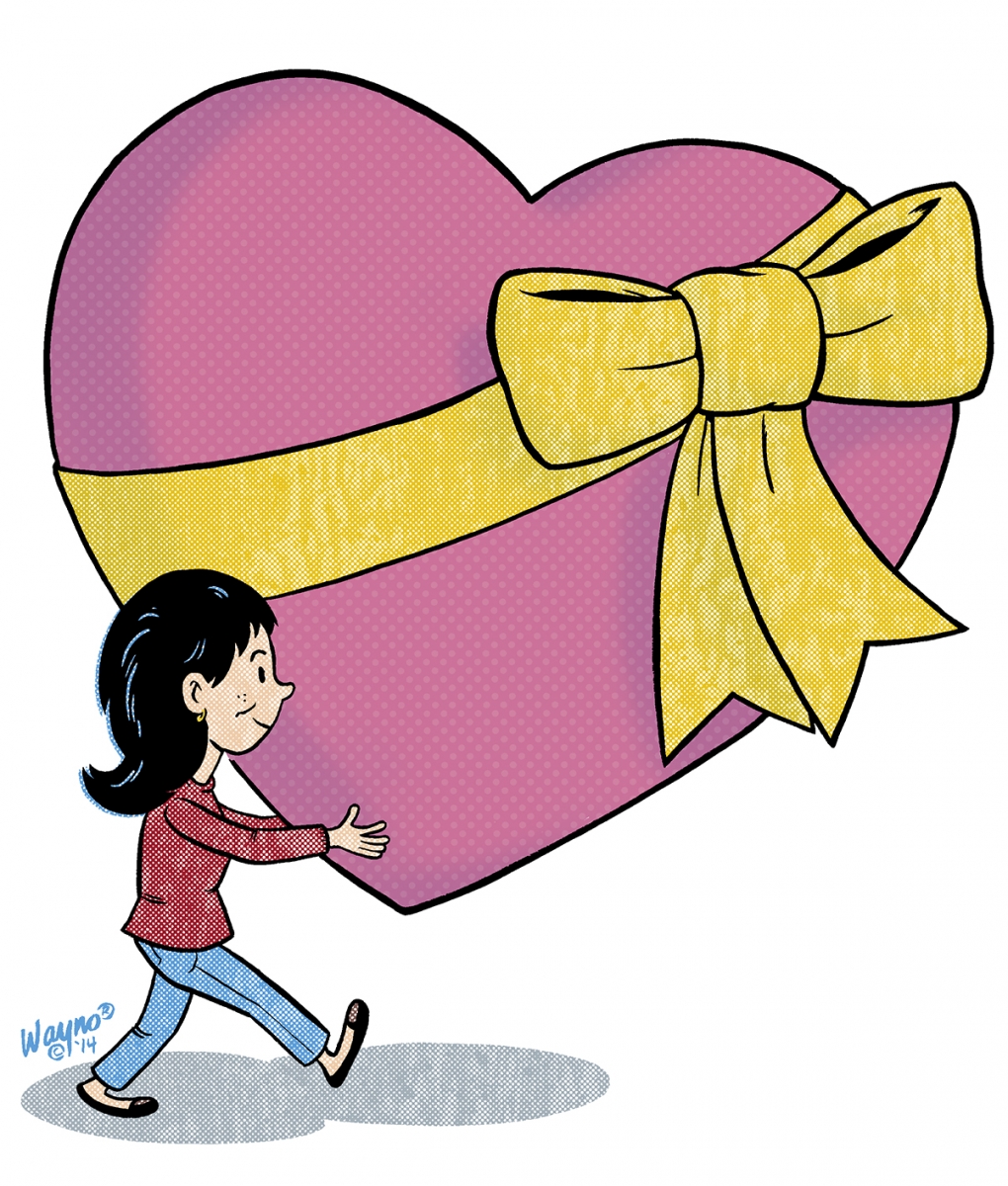 Imagine Bill Gates, he of wealth that can’t be measured (we haven’t named the numbers that high), offering to grant you any number of wishes.

What do you want? What can Bill Gates, he who would LOSE money should he stop to pick up a $50 bill duct-taped to a block of gold, give to you?

He, Genie. You, Aladdin.

If you’re like me, you would say, “I will list all of the things I want in alphabetical order, or maybe I’ll do categories such as travel, jewelry and baby monkeys, or maybe I’ll whip out the Dewey Decimal System. I’ll also provide you with my sizes for shoes and clothes. Am I crying? I feel like I’m crying.”

Not too long ago, something similar happened to a boy in Children’s Hospital of Pittsburgh of UPMC — and not to get all Upworthy-clickbaity on you, but what he asked for will surprise you.

Michael is 12, and as I write this, he has been in Children’s for the past 170 days, suffering from a rare condition known as stiff-person syndrome. Here’s all you need to know about this syndrome: It is incredibly painful. The pain, resulting from spasms so intense you can see the muscles rippling in his back, has taken Michael from “happy-go-lucky,” as his mother described him, to a boy who you can see has taken a great weight of worry and pain upon his small shoulders.

At about 130 days into his stay at Children’s, a family friend with impressive connections played the part of Bill Gates and asked Michael, “Can I give you something? What do you want? Toys? Games? Do you want to meet a Steeler? Penguin? Pirate? What do you want most? Anything!” I guarantee if Michael had said, “What I want is Mario Lemieux to walk in here carrying Troy Polamalu, who is carrying a basket of toys as big as Clint Hurdle,” the friend would have said, “Done.”

Because that’s what you do for kids who have suffered more than any adult could or should.

In his soft voice, Michael said, “I just want someone to tell Pittsburgh about a nice thing someone did for me.” So I was contacted.

Before his admission to Children’s, Michael’s mother took him to Mattress Firm in Fox Chapel to choose a new mattress that she’d hoped would alleviate some of the still-undiagnosed back pain that was causing him sleepless nights. In the store, Michael fell in love with the first mattress he tried.    He did not want to leave it. Not to try other mattresses. Not as his mother ran across the street to buy cans of food for a donation that would enable her to get a $100 discount on the mattress. He reclined there and nearly fell asleep under the watchful eye of then-Assistant Manager Breanne Holmes, who took an immediate liking to the boy as he explained his symptoms to her.

Shortly thereafter, Michael entered Children’s, where he eventually was diagnosed. One day, he received a surprise visit from Holmes and a few of her co-workers, who came bearing an enormous basket of toys, games, puzzles and more.

By the end of the visit, Holmes and her colleagues informed Michael that his mother and father would not be paying a cent for the bed. They would be reimbursed the entire cost. It would be a gift to Michael.

Mattress Firm resisted any public acknowledgment of the gift, but when the staff learned it was Michael’s wish — when he could have wished any wish — they agreed. So I promised Michael I would tell Pittsburgh about the nice thing the store did for such a selfless boy.

Michael’s mother mentioned that when a local group raised money for his care, he asked that it all be donated to a nonprofit that could spread the word about his disease, so maybe other kids won’t have to suffer like he has. I told Michael that maybe after he told his story, a parent would read it and realize a child had stiff-person syndrome and would be diagnosed much faster. You have never seen a kid’s eyes light up so big with happiness and hope. “That would be amazing,” he said.

I made Michael promise me that the next time I visited, he would tell me what to bring. Anything. “Because you don’t have to always only think about others. It’s OK to want something.”

What am I going to do if he asks for Mario Lemieux carrying Troy Polamalu carrying a basket of toys as big as Clint Hurdle?

This article appears in the December 2014 issue of Pittsburgh Magazine.
Categories: From the Magazine, Hot Reads, PittGirl