A Pirates fan says she designed the perfect pencil for keeping score at baseball games — and it’s a hit. 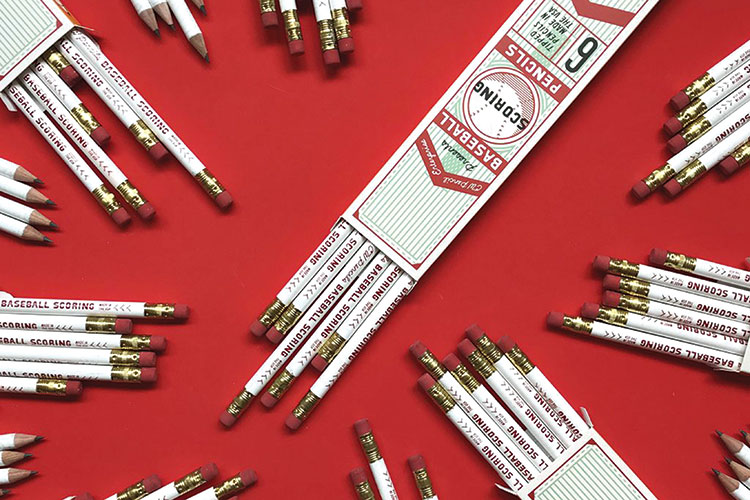 Of the estimated 145 baseball games Richard Williams attended in 2018, he guesses he scored about 100 of them.

The act of charting every play of a game using a form of baseball shorthand is a way to stay involved in the action, the elder Williams says. And, for him, a way to stay calm when his son is on the mound.

“I wouldn’t be able to function without scoring his games,” he says. “I’d be a wreck!”

He’s never, however, scored a game in pencil, although there would be advantages to abandoning his pen, he says; not having the option to erase a decision on a questionable play can result in his “book getting all messed up.”

Williams and other dedicated scorekeepers could be swayed to abandon the pen, however, now that there’s a pencil — with Pirates roots — uniquely designed for baseball scoring.

The pencil was created by Caroline Weaver, 28, founder of CW Pencil Enterprise (cwpencils.com), one of the few stores in the world dedicated to the humble pencil. Since opening in 2015 in Manhattan, the shop has become a sensation, with an estimated 2018 revenue of $1.2 million, according to New York Magazine.

“I grew up in a family where our dad taught us to score baseball at a very young age,” she says. Her father, a Pittsburgh native, was a Pirates season ticket holder and took his kids to as many games as possible.

Weaver noticed that the pencils sold with scorecards weren’t quality instruments. So she partnered with General Pencil Co., one of three remaining American pencil manufacturers, and went to work.

“It had to be cased in cedar so it was easy to sharpen. It had to have a good, soft eraser. And the core of the pencil had to be dark, it had to be smooth, it had to be formulated a certain way to write on an uncoated or glossy surface,” she says.

She ordered 12,000 pencils and added them to the store in early September, just in time for the 2018 postseason. “I thought I was buying enough to last me for two years,” she says, “but we’re almost sold out!” She ordered a second run to be fully stocked for the beginning of the 2019 season.

“I hope that by having a really well-designed, really functional tool, that people who are baseball fans, who maybe haven’t scored a game since they were a kid, will think ‘I have this cool tool, maybe I’ll try this again,’” she says.

This article appears in the April 2019 issue of Pittsburgh Magazine.
Categories: Sports