The matriarch of the family is the perfect place to look for a meaningful “something old.”

For many brides, weddings and family go hand in hand. Some brides wear their mother’s dress, others have pictures of lost loved ones prominently displayed at their ceremonies or receptions. People often want to feel close to their loved ones — whether they are there or not — on their wedding day.

These brides, in attempts to have their family members as close as possible on their wedding day, looked to their grandmothers for inspiration for family touches and their something old. 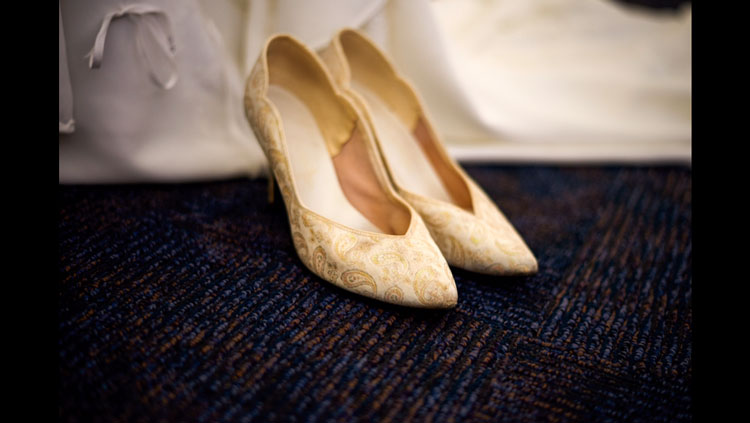 Valerie Laux became a modern-day Cinderella when she tried on her grandmother’s wedding shoes.

When cleaning out her grandmother’s closet years ago, Valerie found the short heels and asked her grandmother if she could have them. Her grandma’s response? “Why would you want them?” Valerie’s grandma was concerned that the shoes, which were yellowing with age, were too old. But they were the perfect fit, so Valerie took them, hoping she could wear them one day.

After setting her Oct. 14 wedding date, which was her grandmother’s 91st birthday, Valerie decided it was the perfect opportunity to show off the heels, which her grandma had worn on her wedding day in 1950.

After deciding to wear them to her own wedding, Valerie walked on her something old as she approached Ryan Fleischer at St. James Parish in Sewickley on their wedding day. The off-white shoes with gold detailing provided a classic and vintage feel for Valerie’s look.

Her grandmother — described by Valerie as “91 and spicy” — saw the shoes on Valerie’s wedding day and said, “Those are mine! Why are you wearing them? They’re so old.” But Valerie found the heels “special and comfortable.” 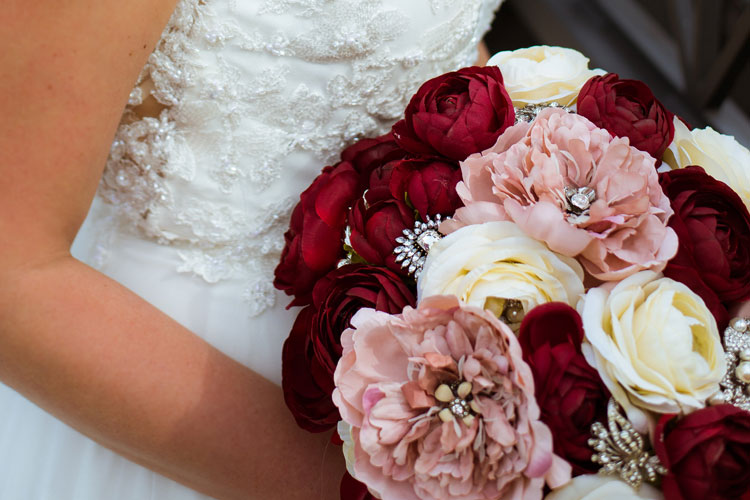 Ariana Kempf knew she wanted personal touches in her wedding with Eric Kearsh, and she was willing to work hard to get them. Nestled among the pink, red and white flowers of Ariana’s wedding bouquet sat various brooches, which belonged to Ariana’s grandmothers (one of which was previously her great-great-grandmother’s) and Eric’s grandmother and great-grandmother.

Ariana made the bouquet herself, which proved to be harder than she thought.

“It took me like three months,” Ariana says. “But I made it.”

The brooch on the handle of Ariana’s bouquet, which belonged to Eric’s great-grandmother, was given to Ariana as an engagement present. Although this was before she even considered having a brooch bouquet, after she thought of the idea, family members began volunteering their brooches for her to add.

Having the brooches in her bouquet brought Ariana and Eric’s families together and close to her heart on her wedding day. Eric also decided to incorporate a family heirloom into his wedding day attire for their wedding date on Oct. 21 — his father’s wedding ring. 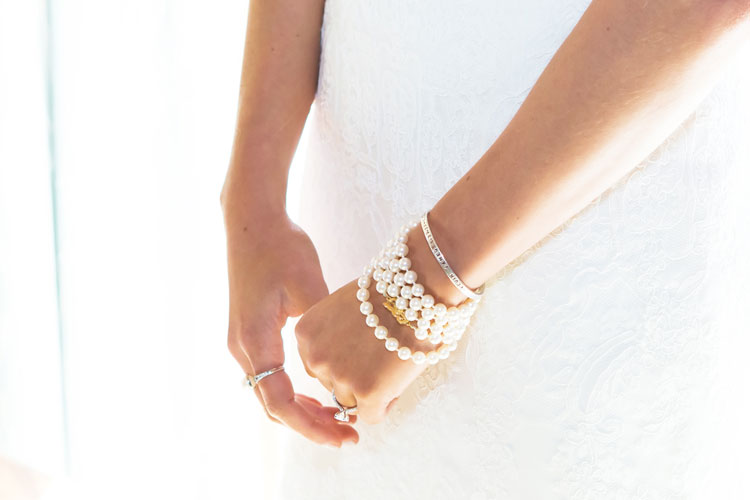 On Brittany Arnoldt’s wedding day, she knew she wanted two things: to marry Luke Coady and to have her family with her as much as possible.

“I guess you could say I’m a bit of a traditionalist,” Brittany says. She wanted to follow the something old, something new, something borrowed, something blue rule as much as she could.

As Brittany considered what could be her something old, her grandmother’s beautiful jewelry collection came across her mind, and her grandmother laid it out for Brittany to choose whatever she wanted. She chose a string of pearls, which she wore as a bracelet. On the wedding day, Brittany’s grandmother decided to gift Brittany the pearls as a wedding present, making them “even more special,” Brittany says.

Brittany also wore objects belonging to her mother on her Oct. 21 wedding day, including a piece of her mother’s wedding dress wrapped around her bouquet and a clutch gifted to her mother from Brittany’s father on their silver anniversary — this ended up being Brittany’s something borrowed.

Brittany’s family sentiments didn’t end there: she carried her great-grandmother’s handkerchief in the clutch all day, from her ceremony at Covenant Presbyterian Church in Ligonier to the reception at Seven Springs Mountain Resort.