The Hollywood Theater launched a film series that puts others in charge of its programming for a night. 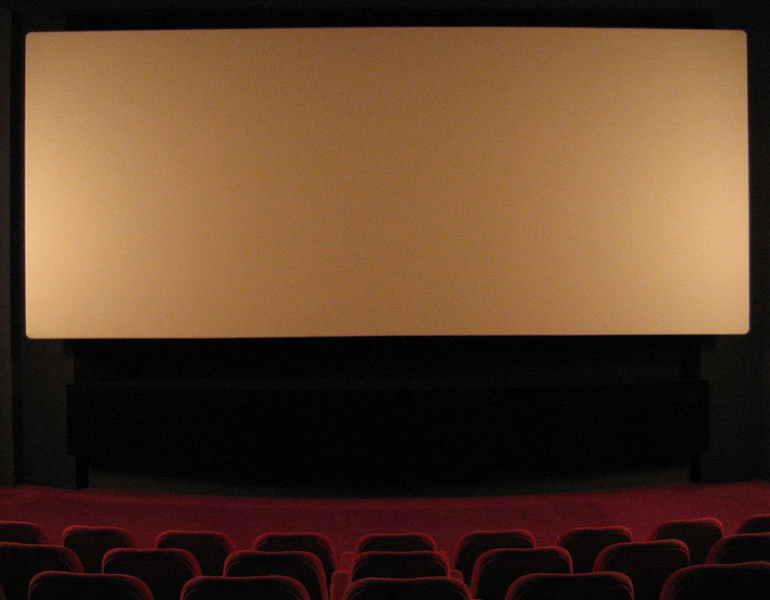 HOLLYWOOD THEATER LETS FAMOUS ’BURGHERS PICK THEIR FAVORITES
You can tell a lot about a person by his or her favorite movies. There’s a reason why Facebook wants to know which flicks you prefer: The sort of individual who lists “The Sound of Music” is generally very different from the lady or gentleman who prefers “Killer Klowns from Outer Space.” The Hollywood Theater's new Guest Programmer Series, then, is one part personality profile and one part awesome movie lineup.

The series launched May 3, when Mayor Bill Peduto presented “Undaunted: The Forgotten Giants of the Allegheny Observatory,” a recent doc about the North Side landmark, and “The Fish that Saved Pittsburgh.” (Unsurprising conclusion: Bill Peduto loves Pittsburgh.) Tomorrow, the Hollywood will present two picks by actress and Pittsburgh native Gillian Jacobs (who will be unable to attend, sadly): “Gardens of the Night,” a 2008 indie flick Jacobs starred in, and “Vagabond,” the critically acclaimed 1985 French film that inspired “Gardens.” The series ends June 8, when Kevin Sousa presents “The Big Lebowski.” And yes — the theater will serve White Russians that night.

TWO BARS, ONE ROOF, ONE BAR EXAM
Now that two of the three planned sections of Executive Chef Matthew Porco’s ambitious Sienna Mercato venture are up and running, the downtown drinker has a pair of alluring options right in the heart of the Cultural District. Will it be endless meatball varieties with drafts on the ground floor at Emporio — or drinks with a view (and some fine snacks) on the roof at Il Tetto? Will you have a tough decision as you walk in the door, or will the allure of comfort food override the desire for fresh air — or vice versa? Both Mercato joints are put through the Bar Exam in this two-for-one edition of After Dark!

HELLO BULLY’S ANNUAL GALA OFFERS FOOD, DRINKS AND HOPE
The two most recent pups in our Dog of the Week feature, Maxine and Phat Ashley, are residents of the Hello Bully halfway house. Hello Bully cares for rescued pit bulls and gets them ready for a forever home, while working to educate the public about this misunderstood, adorable breed. At the organization’s sixth-annual Lovers Not Fighters Gala, guests can enjoy hors d’oeuvres and a dessert buffet, a DJ, raffles and auctions and more — including a special guest appearance from Bulletproof Sam, the happy Hello Bully alumnus that became the nationally shared face of the group before he was adopted. Spring for the VIP package for an exclusive pre-event reception and dog meet-and-greet.

IN THEATERS: After the unbearable 1998 flick starring Matthew Broderick, Godzilla has spent a lot of time in the nuclear doghouse. But anticipations are high for the latest “Godzilla,” with an ensemble cast including Bryan Cranston and Elizabeth Olsen. The Disney drama “Million Dollar Arm,” about the journey of Indian ballplayers Rinku Singh and Dinesh Patel, also premieres this weekend. PM Film Editor Sean Collier will appear on the 102.5-WDVE Morning Show tomorrow at 7:15 a.m. to review “Godzilla” and “Million Dollar Arm.” He’d like to pretend that the baseball fan in him is more influential than the giant-monster fan, but that’s simply not the case. Tune in to 102.5-FM or DVE.com to hear Sean’s reviews!