Go behind the scenes at Wholey's Fish Market, a Strip District institution. 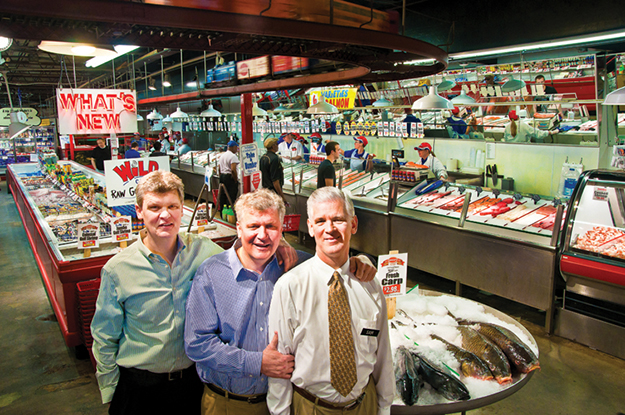 Wholey’s Fish Market celebrates its 100th anniversary this year. But even devoted customers might not realize that the iconic seafood store wasn’t founded in the Strip District — and didn’t sell fish for more than 50 years.

“My grandfather, Robert L. Wholey, sold dried meats, butter, eggs, coffee and live chickens,” explains Sam Wholey, one of the company’s vice presidents (and one of three brothers still involved with the family business, along with fellow VP Dan and CEO Jim).

Wholey’s opened in McKees Rocks in 1912 before relocating downtown; after a final move to the Strip District in 1959, “a shipper offered my father, Robert C. Wholey, some fresh lake fish,” Sam says. That offer expanded into an empire; today, Wholey’s sells between 6 and 10 thousand pounds of fresh fish each week and ships its goods nationwide.

This article appears in the August 2012 issue of Pittsburgh Magazine.