Going Green: Students at Cal U Competition Will Recycle Robots

The university's event, to be held March 5-7, will bring together teams of 'bot-building students. 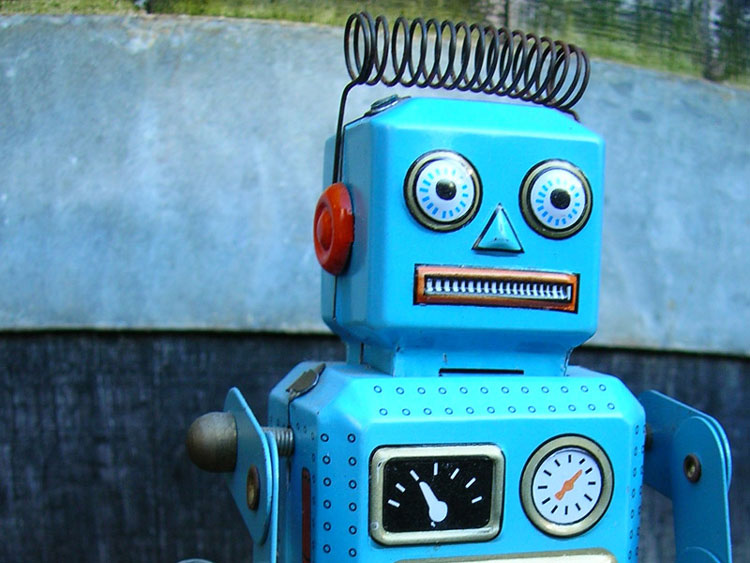 RECYCLING ROBOTICS
California University of Pennsylvania will host hundreds of students from around the East Coast when the 2015 FIRST Robotics Competition comes to the university’s Convocation Center on March 5-7. More than 1,200 students on 54 teams have built robots for a recycling-themed competition held on a 52-by-27-foot playing field, where the hand-built machines can earn points by stacking containers on platforms, putting recycling bins on top of the stacks and recycling plastic pool toys. The event is part of a “season” of “Recycle Rush” competitions, which began Jan. 3 and will conclude with the FIRST Championship April 22-25 in St. Louis. At the start of the season, students were given identical parts to build the robots, which — in line with the contest theme — will be recycled after the final competitions.

DUQUESNE DEAN BEGINS TO UNCOVER ANCIENT MYSTERIES
After spending most of January in Israel and Greece collecting geoarchaeological data, Dr. Philip Reeder says he believes history is about to be rewritten. Reeder, dean of Duquesne’s Bayer School of Natural and Environmental Sciences, analyzed the data he collected and produced maps and diagrams of subsurface ruins, ultimately coming closer to conclusions on three ancient sites. The team of researchers, who hail from three U.S. academic institutions and a Canadian geophysics company, determined that tunnels from Mary’s Cave and Mary’s Well in Nazareth, Israel, likely gave access to a nearby Greek Orthodox church or Roman Catholic church. At the ruins of Rhodes’ Kahal Grande Synagogue, which was built around 1480, in Rhodes, Greece, the team found adjacent to the site what appeared to be ruins of a Catholic church. The researchers also determined that structures from the Ottoman, Byzantine and earlier Hellenistic Greek periods existed at the location of the Rhodes’ Knights Templar Grand Master Palace. All of this is to suggest possible unprecedented inter-faith relationships, but Reeder, who blogged about his trip, hopes to return next year to expand research into a DNA examination of the lineage of Rhodians.

BRIGHT FUTURES
The Chronicle of Higher Education recognized Penn State University and the University of Pittsburgh earlier this month for producing a notable number of Fulbright U.S. Student Program grant winners. At both universities,13 students won grants from the Fulbright U.S. Student Program — which bills itself as a provider of “grants for individually designed study/research projects or for English Teaching Assistant Programs.” Pitt and Penn State tied for eighth place among U.S. public research universities. “These Fulbright winners are a testimony to the academic and extracurricular achievements of the students here at Penn State. The recipients will not only pursue opportunities to further their education or experiences, but will serve as ambassadors of the United States to their host country,” Ruth Mendum, director of Penn State's University Fellowships Office, said in a statement. “I hope this success encourages more of our students to pursue this opportunity in the future.”

This article appears in the February 2015 issue of Great Minds.
Categories: Great Minds