Go Back in Time at The Oaks Theater

Stop in tonight for a screening of "Dirty Dancing," and cross your fingers that the cinema will show another '80s flick at some point. 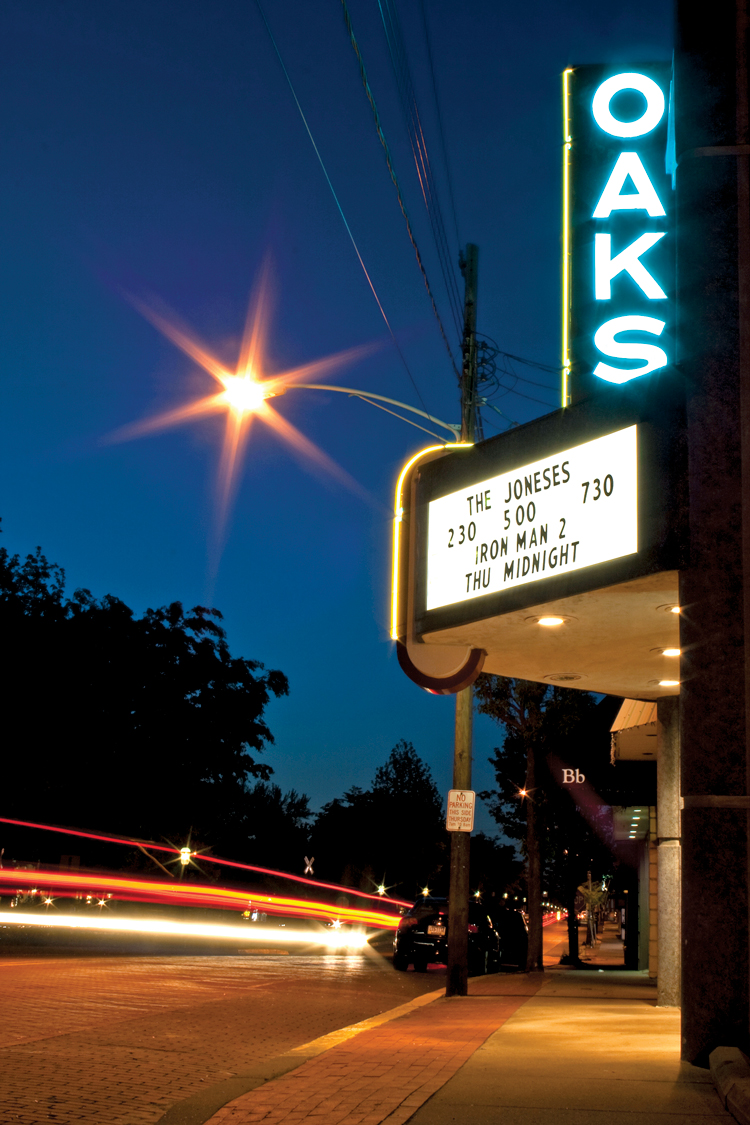 GOT DOLLED UP TO REVISIT AN ’80S CLASSIC AT THE OAKS THEATER
For the pre-“Titanic” generation of moviegoers, there may have been no more formative cinematic romance than Patrick Swayze and Jennifer Grey in the delightfully cheesy “Dirty Dancing.” Known as much for its pop-radio hits as its star-crossed lovers story, the 1987 film was a box-office hit and longtime cable and video staple.

Tonight, The Oaks Theater offers fans a chance to revisit “Dirty Dancing” as part of a benefit for the Western PA Chapter of the National Pancreas Foundation. You’re invited to don your cocktail attire for a 7 p.m. pre-screening reception featuring complimentary food and drinks from Bar Marco. Let’s hope that this leads to more over-the-top ’80s favorites getting the swank fundraiser treatment — we’d show up for a “Ghost” fundraiser, too.

WE PUT SQUIRREL HILL’S NEW HOP HAVEN THROUGH THE BAR EXAM
Tucked around the corner from Squirrel Hill’s Forbes and Murray epicenter is The Independent Brewing Co. With its decidedly spartan layout, bevy of local beers and wines and casual demeanour, Squirrel Hill’s newest watering hole is manna from heaven for anyone nearby who’s looking for a great drink and a pleasant conversation sans pretention or distractions — except for the soothing crackle that accompanies the old records being played from behind the bar. In this week’s edition of After Dark, PM Editorial Intern John Lavanga gives the full rundown on this newcomer to the city’s brew scene. See how The Independent handled the Bar Exam in After Dark!

A LONGTIME STEELER FAVORITE FACES A THOROUGH SKEWERING
Charlie Batch is about to get roasted. The seventh annual ’DVE Celebrity Roast is bringing in some football favorites and other notable Pittsburghers to grill, insult and praise the beloved, longtime backup quarterback. Tomorrow at the Omni William Penn hotel, roastmaster Randy Baumann will be joined by Ben Roethlisberger, Kevin Colbert, Larry Foote, Bill Crawford, Pittsburgh Dad and others. Proceeds from ticket sales and a silent auction will benefit the Best of the Batch Foundation.

IN THEATERS: Kevin Costner and company hope to turn the NFL’s spring media blitz into a compelling drama in “Draft Day,” out in wide release tomorrow. Elsewhere, supernatural horror flick “Oculus” is gathering some early buzz, and very young moviegoers are looking forward to the tropical animated feature “Rio 2.” PM Film Editor Sean Collier will appear on the 102.5 WDVE Morning Show tomorrow at 7:15 a.m. to review “Draft Day” and “Oculus.” As a lifelong horror nerd, he promises to only overrate “Oculus” slightly. Tune in to 102.5-FM or DVE.com to hear Sean’s reviews!

Renaissance & Baroque and the Pittsburgh Camerata once again are hosting the annual fundraiser Downton/Dahntahn Abby. Dress in vintage 1920s-style clothing and enjoy wine and sweets upstairs or beer and snacks downstairs at Pittsburgh Center for the Arts. —M.B.

More than 20 regional breweries will gather for this year’s Beers of the ’Burgh. The event will feature music, games and local food vendors. —M.B.

This article appears in the April 2014 issue of PMWeekend.
Categories: Things To Do