Before he became one of America's most influential musicians, Philip Glass was a composer-in-residence for the Pittsburgh Public Schools. 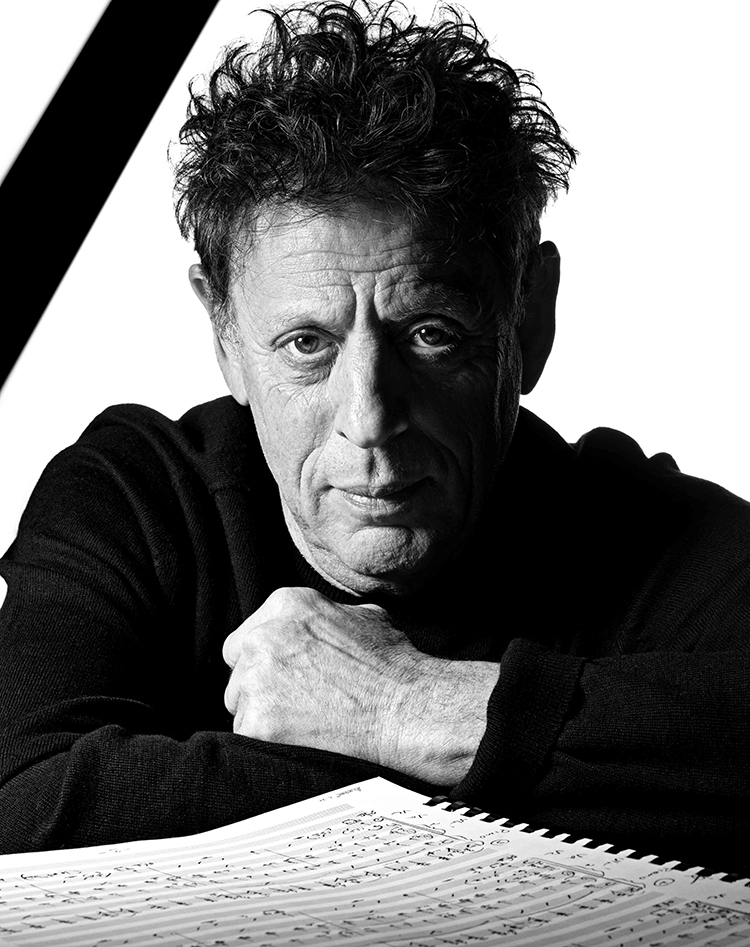 When he came to work in Pittsburgh in 1962, Philip Glass had not yet achieved fame for his important and innovative music. At the time, The Ford Foundation paid outstanding young talents to create new works for high-school students around the country. Glass, who was 25 and fresh out of New York City’s Juilliard School, was selected to work as a composer-in-residence for the Pittsburgh Public Schools.

Born in 1937 in Chicago and raised in Baltimore (where his father had a record store), Glass became enthusiastic about music at an early age. He went to the University of Chicago when he was 15 and graduated at 19 before moving on to Juilliard. He worked various gigs to fund his education, from plumber to cab driver to a six-month stint as a crane operator in a Baltimore steel mill. His job writing new music for Pittsburgh’s school children was a plum assignment by comparison.

His first address here was in Shadyside at 735 S. Aiken Ave. In 1963, Glass moved to 5941 Baum Blvd., an address that has since been absorbed into the relatively new East Liberty branch of the Carnegie Library of Pittsburgh.

“When my wife and I got married in 1963,” David Stock remembered recently, “Philip Glass was our first composer dinner guest at our home on Stanton Avenue.” Stock, a distinguished composer himself, now is professor emeritus at Duquesne University and conductor laureate of the Pittsburgh New Music Ensemble, which he founded in 1976. “Philip really enjoyed what he did here,” says Stock. “He wrote about 20 published pieces for the schools, but he’s tried to suppress them over the years. This was Philip Glass before he became Philip Glass.”

Glass has commented in interviews about his work here. In a 1989 interview, he recalled, “There was a guy there named Stanley Levin who was in charge of instrumental music for the city of Pittsburgh. Stanley would make up a string quartet of the best students from different schools.” Those talented young players would perform Glass’ new pieces. “I was writing music all the time for specific concerts, for specific ensembles,” he said.

“Philip was the only composer to ever give up a year in Paris for a second year in Pittsburgh,” recalls Stock. Glass had received a Fulbright scholarship to study in France with the great teacher, conductor and composer Nadia Boulanger; however, Stanley Levin asked him to remain in Pittsburgh. Glass decided to stay, hoping he would get the Fulbright again a year later, which he did. In the autumn of 1964, Glass departed Pittsburgh for Paris.

He returned with the Philip Glass Ensemble in 1984 and 1990 for performances at the Three Rivers Arts Festival, and in 2002 to play his score for the film Koyaanisqatsi at the Byham Theater. In April and May, the Pittsburgh Opera [pittsburghopera.org] will present Glass’ Orphée at the Benedum Center.

(Thanks to Carnegie Library’s Pennsylvania and Music departments and WQED-FM for assistance with this article.)

This article appears in the October 2013 issue of Pittsburgh Magazine.
Categories: Rick Sebak