Nonprofit agencies employ apps, social media and new resources in technology to reach and connect donors, volunteers, and the communities who need them. 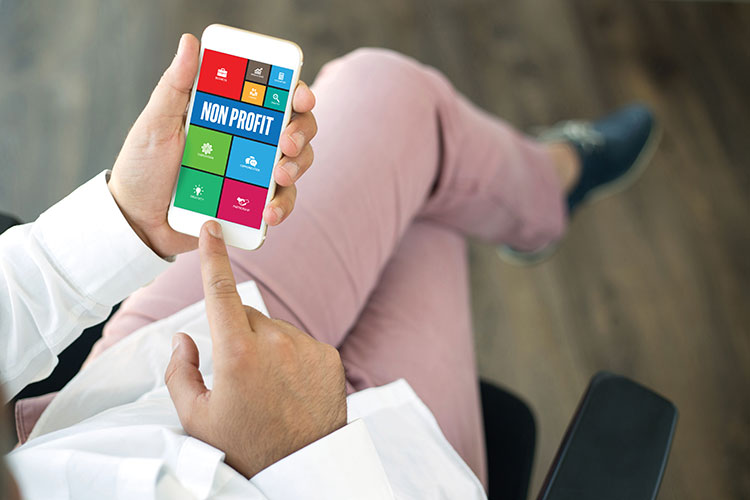 Today music lovers with hearing loss can experience a world-class orchestra as they never have before. People looking to donate food can do so with the tap of a phone screen. Someone seeking help in a dangerous situation can find resources simply by launching an app.

As technology continues to evolve, nonprofit organizations in and around Pittsburgh are adopting and adapting in creative ways to advance their missions and reach the communities they serve.

“We have to look at how we can become more efficient and more cost-effective,” says Leah Lizarondo, cofounder of 412 Food Rescue, an organization dedicated to eliminating food waste and hunger in Allegheny County. “We have to really think about how we can use technology to our advantage. All nonprofits have to be extremely innovative to be able to respond to the needs.” 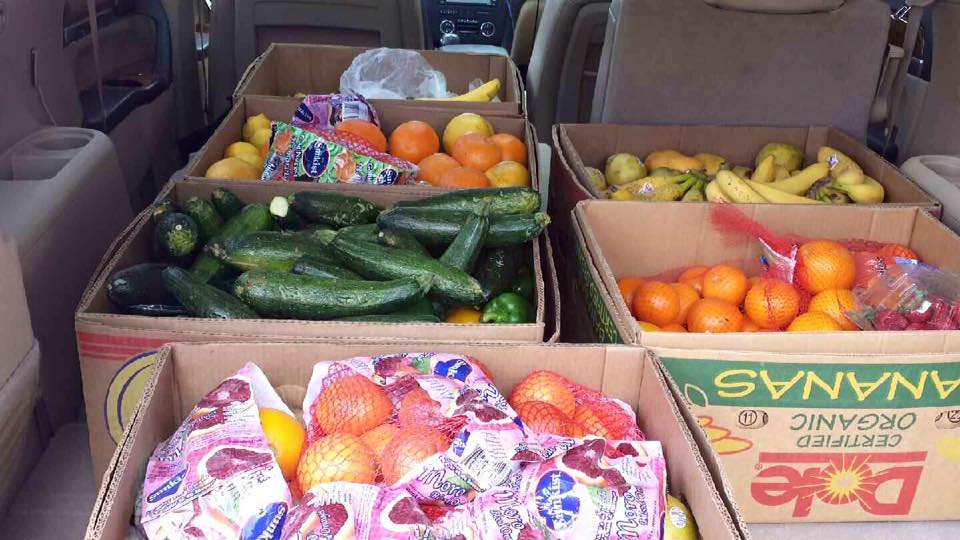 Whether developing apps that allow for electronic donations, amping up their presence on social media or providing staff and volunteers with the latest devices, nonprofit agencies slowly but steadily are shedding their reputation as under-users of technology, says Cindy Leonard, consulting team leader and technology program manager at the Bayer Center for Nonprofit Management at Robert Morris University.

The center focused on such topics as crowdfunding, security and effective ways to communicate with IT contractors at its annual TechNow Conference (technowconference.org) in October to explore technology trends and resources for nonprofits. The most critical thing for any nonprofit organization is to be proactive in planning for its technology needs and creating a budget for implementation and continued use, Leonard says.

“You want to make sure you are using tools that are in alignment with your goals,” she says. “Technology needs a seat at the management table.” 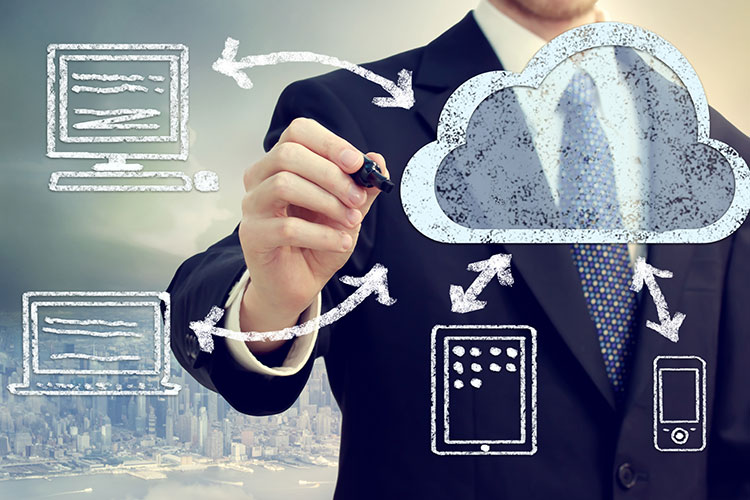 Leonard says cloud computing can be a game-changer for nonprofit groups. The cloud provides the option for companies to store data digitally rather than on individual hard drives or local servers, thus increasing ease of access, decreasing reliance on in-house IT support and trimming expenses. When it comes to apps, Leonard prefers to see nonprofits develop them only if they provide something users might not be able to get elsewhere.

“A lot of times, apps are just an extension of the website,” she says. “It’s better if the app gives you something different.”

412 Food Rescue is putting technology in the hands of its volunteers with the launch of its Food Rescue Hero app, expected to go live this fall. The organization, founded in 2015, works to keep viable food out of landfills and simultaneously combat hunger by collaborating with food retailers, restaurants, universities, community organizations and others. When any of those entities has fresh but no longer sellable food, one of 412 Food Rescue’s 850 volunteers picks up the food and delivers it to community organizations throughout Allegheny County with food needs, such as soup kitchens, school backpack programs and others.

In its first year, the organization relied on social media to send out rescue-opportunity alerts, but as the number of volunteers grew, that approach became increasingly inefficient and difficult to manage effectively, Lizarondo says. Using a format similar to those used by Uber or Lyft, its new app delivers alerts directly to phones of available volunteers the instant a request is placed. The volunteer can open the app, see the location of the pick-up and commit to completing it with a few taps.

“I always say we are the Uber of food rescue,” says Lizarondo, who has been a Pittsburgh Magazine contributing writer and blogger.

Sometimes, helping nonprofit organizations find such innovative solutions can involve outside help. In 2011, Lawrenceville-based Pittsburgh Cares, which is dedicated to connecting volunteers with organizations, launched a local version of a nationwide program called HandsOn Tech. Developed through a partnership between Google and its parent affiliate, the HandsOn Network, the program deployed Americorps members to help nonprofits resolve technology issues. To continue those efforts after the program’s close in 2014, Pittsburgh Cares still recruits skill-based volunteers and matches them with agencies in need.

“I really enjoy when I see students stepping forward and offering to help with social media,” says Deb Hopkins, executive director of Pittsburgh Cares. “It’s so important, yet I’m really surprised by the number of nonprofits that don’t have a Twitter account. It can be transformative for getting their message out when a student volunteers to set up [the organization’s] account and show the staff how easy it is.”

For some nonprofit agencies, social media has reshaped the way they communicate their mission to supporters. Shannon Tremblay, a spokeswoman for Animal Friends in Ohio Township, says the animal rescue and resource organization relies heavily on Facebook, Twitter and Instagram to showcase its adoptable pets.

“Social media makes it so easy to show their adorable faces through videos and photos, but it also gives us a chance to tell their stories, share their backgrounds and help our supporters to understand that these homeless pets are so deserving of a second chance at a happy life with a loving family,” she says.
Animal Friends uses social media to share details of upcoming programs as well as valuable information for pet owners, such as safety tips.

“Knowing that in one moment, we can reach tens of thousands of people through one post is incredible,” Tremblay says.

Technology also is allowing nonprofit supporters to experience all that organizations have to offer in new, creative ways. Earlier this year, the Pittsburgh Symphony Orchestra performed for fans in Berlin and Pittsburgh simultaneously via live-streaming while its members were on tour in Europe. The streamed concert played to a packed house at Heinz Hall, creating a unique connection between the orchestra and its hometown fans while also providing greater visibility on a worldwide level, says orchestra Chief Operating Officer Christian SchÖrnich.

The goal of fostering such a connection drives the PSO to seek out other innovative solutions and “lose the barrier” some people associate with experiencing live classical music, SchÖrnich says. Leading up to the 2016-17 season, the organization installed a hearing loop of wires under the carpet at Heinz Hall. The loop digitally connects hearing aids directly to the sound system, allowing users to hear the concert devoid of ambient noise.

The PSO also is exploring the idea of creating interactive displays outside the hall where patrons can touch photos of musicians to see them perform or read their biographies. The orchestra also is considering the development of an app that would enable concert-goers to pre-order drinks and even find parking.

“The audience of the future wants to wrap the concert experience into a night out,” SchÖrnich says.

Jodi Weisfield, the PSO vice president for development, says advances in technology also have changed how the organization solicits support from donors. The staff uses eblasts to communicate with donors about exciting things happening at the hall as well as to request donations at critical junctures in the fiscal year.

“I see technology playing a bigger and bigger role,” Weisfield says. “As an institution, we’re taking a very careful look at what our digital strategy should be.”
In addition to using the cloud and Skype to collaborate with its peers around the country, the American Heart Association employs a number of apps to help educate the public and raise awareness, says spokesman Sean Dreher. 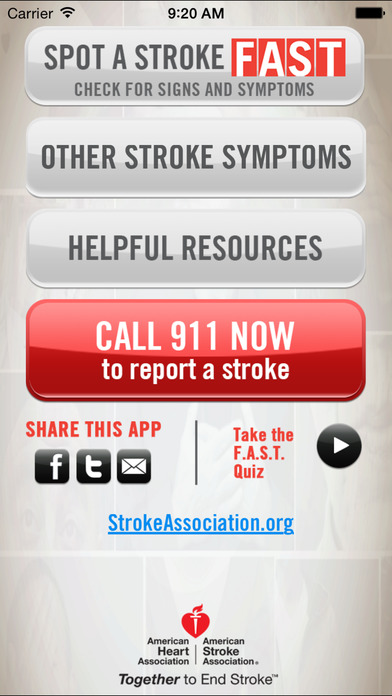 The Spot a Stroke F.A.S.T. app educates about the warning signs of a stroke. Its Heart Walk websites integrate fundraising tools, text-messaging and social media to make it easier for walkers to use them on mobile devices. Through its partnership with the NFL for the Play 60 Challenge, which encourages children to get moving one hour each day, the AHA launched the NFL Play 60 app in 2014. Players run, jump and turn while holding their devices, and their characters mimic the movements. The app has been downloaded more than 1 million times.

The AHA also offers a service in which users sign up with their cell phone numbers to receive periodic text messages encouraging behaviors intended to bring their blood pressure to a healthy level. Users can sign up by texting “HBP” to 97779. Dreher says technological developments have helped the organization to set a fundraising record of $808 million in total revenue in 2014-15. “That really is the direction everything is moving,” he says. “We want to be good stewards of that money, and technology lets us do that.”

In other ways, technology is helping nonprofit organizations to get help quickly to those in need. Recognizing that those in abusive relationships often do not realize how much danger they actually are facing, Women’s Center & Shelter of Greater Pittsburgh launched the free RUSafe App (video demonstration above) with development assistance from Newton Consulting. The app invites users to answer a series of questions about her/his relationship, then calculates the response. If the user is determined to be in danger, the app uses GPS technology to connect the user to the nearest 24-hour domestic-violence service.

“The app provides a potentially life-saving tool accessible to anyone with a smartphone, anywhere, anytime,” says Kristin Brown, development director for the agency. “The app also allows for privacy for those who are not yet ready to share their concerns with friends and family, which is very common among those experiencing intimate partner violence.”

Because of its success, the local RUSafe App was updated and expanded into a national app in November 2014 and has been used in all 50 states and Washington, D.C. It has been opened 3,393 times since the national launch.

“While the RUSafe App can be used by those in an abusive relationship to gauge their own safety, it can also be used as a bystander tool by friends, family and colleagues to reach out to someone they think may be in a dangerous relationship,” Brown says. “The RUSafe App gives all of us the power to save a life.”

Rachel Weaver LaBar is a longtime Pittsburgh-area journalist who’s written about everything from school-board meetings to Broadway performers. She was born and raised in the South Hills, studied at Point Park University and lives in Pleasant Hills with her husband and their daughter.