Those with a hunger for the paranormal can feast on Pittsburgh Paranormal Research's list of the top three local haunts. 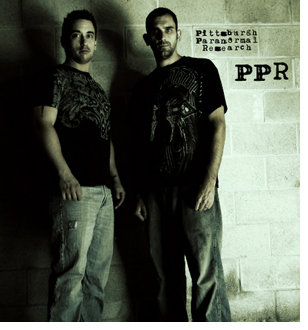 While some people may associate ghost-hunting with images of Bill Murray and Dan Akroyd in brown jumpsuits, others see it as a science that involves the use of high-tech equipment and extensive research. The latter is the case for two Pittsburghers who took their mutual interest in the paranormal and turned it into a unique nonprofit.

Jeff Gettman and Scott Delledonne founded Pittsburgh Paranormal Research (PPR) in February 2010, and have tackled a number of private and public investigations since. Despite their steadfast belief in the paranormal, they say the group is more about disproving and debunking than anything else.

“For the most part, people usually just want to find out what’s going on in terms of what they're experiencing," says Gettman.

They’ve inspected haunts across the eastern United States, including an Ohio asylum-turned-seminary and an old mobster hideout in Kentucky (with the help of Brad and Barry Klinge from Discovery Channel’s “Ghost Lab”). The fearless duo even tackled what’s perhaps the most haunted town on this side of the Mississippi: Gettysburg.

“It’s one of the coolest places I've ever been,” says Delledonne.

The investigation yielded no shortage of eerie results, as EVPs picked up the sound of a bugle playing “Call to Quarters” and a soldier calling out, “Halt, company; stand your ground.” The duo thinks this might’ve been the spirit of Confederate Lt. General Richard S. Ewell, whom many historians credit with losing the battle for the South. They also reported hearing the sound of horse hooves and smelling campfires in an area near Cemetery Hill.

Gettman and Delledonne plan on expanding their investigations by opening them up to larger groups; currently, PPR is organizing a search at West Virginia’s Moundsville Penitentiary for sometime in 2012.

Have an appetite for the paranormal? Perfect, because the group has shared three local investigations that are open to the public.

The land was originally used for farming, dating back to before the Civil War, and a slave graveyard still exists on-site. In the early 20th century, the property was converted into a home for the elderly and mentally ill, adding to the paranormal allure.

“There were a lot of different claims we investigated there,” says Gettman. “For instance, one of the maintenance men who would drink on the job passed out in a puddle and drowned. He’s now supposedly a very angry spirit and will push people.”

The pair also investigated claims of apparitions taking up residence in specific rooms, and they received quite a bit of paranormal activity in a chapel located in the building.

Located on an unsuspecting street corner in Linesville, Pa., this historic establishment is a well-known hotbed of paranormal activity. Several research groups have investigated this 130-year-old hotel, which was featured on the A&E’s “Paranormal State” in 2008. Claims include objects being inexplicably thrown, and several people have reported feeling as if they were shoved—particularly while on the stairs.

PPR’s investigation climaxed when they made contact via flashlight—and at one point, some of the team’s equipment was mysteriously knocked over.

Although this South Park building may look like a simple vacant structure, its vibrant and varied history seems to lend itself to the paranormal. The first shots of the Whiskey Rebellion were fired here in 1791, and more blood was shed during the miners’ strike of the 1930s.

The site has also played host to two schools—the first dates back to the 1800s, and the second, built in 1929 and closed in 2000, is still standing. Reports include hearing children’s voices as well as spotting shadow figures and apparitions moving between rooms. After a slow start to the investigation, PPR began to pick up significant activity.

“We were standing in one place with four walkie-talkies, and all four started clicking on and off. Then we started to get a lot of static,” says Delledonne. “After about four minutes of that, a little girl’s voice came on, giggled, then said ‘Hello?’”

Editor's note: All venues listed are privately owned. To investigate any of the properties, you must make arrangements in advance.

This article appears in the October 2011 issue of Pittsburgh Magazine.