Getting Started with Startups: A Peek at Alphalab Demo Day

Technological innovators present what could be “the next big thing” at the Carnegie Music Hall in Homewood. 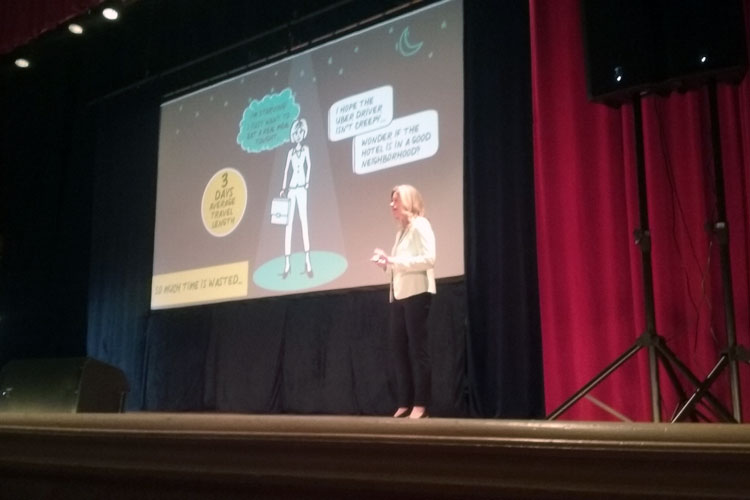 Maybe you have a new idea. Maybe you see a fix for a need that hasn’t been thought of before. That’s exactly how the 11 founders of startup companies found their way onto Carnegie Music Hall’s stage to present their ideas at Alphalab and Alphalab Gear’s annual Demo Day.

Alphalab and Alphalab Gear are startup accelerators, which help fund and mentor startup companies to help make for a successful business. Demo Day is where the chosen companies get a chance to show a culmination of their work with Alphalab to potential investors, customers or businesses.

This year’s Demo Day gave center stage to companies with unique ideas such as:

“I loved it, I’m really proud of all the companies and what they’re doing,” Rich Lunak, president and CEO of Alphalab and Alphalab Gear’s parent company Innovation Works Inc., says about this year’s Demo Day.

Lunak says trying to choose his favorite startup company would be like choosing a favorite child; he simply cannot do it. However, he and the rest of Innovation Works have to choose six or seven companies for both Alphalab and Alphalab Gear out of the hundreds that apply to become part of their program to begin with, so the chosen are all his favorites.

“It’s a very intense process to select companies that really have a big market and a big idea that’s unique and that we can assist,” says Terri Glueck, director of communications for Innovation Works.

Glueck and Lunak agree that probably the most successful company to grow out of Alphalab is the NoWait app, which was selected in 2010 and was bought by Yelp earlier this year.

Once chosen, each company is awarded an investment by Innovation Works, and goes through a 20 week program to refine and grow their ideas and business through either Alphalab which focuses on software products, or Alphalab gear which focuses on physical products, until they are presented at one of two Demo Days. Then, the cycle begins again with new companies.

Glueck says Alphalab was only the sixth startup accelerator in the country in 2008, a feat which helped Pittsburgh become such a incubator for startups in the following years.

“Pittsburgh is pretty unique in the energy and connections that everyone in town makes,” Glueck says. “Pittsburgh has really found this formula of collaboration. That’s how we support our startups and get them off the ground.”