Get Yourself a Beer (Literally) at The Vault

The new South Side bar and restaurant offers a self-serve beer selection. It's an interesting, if mixed, experience. 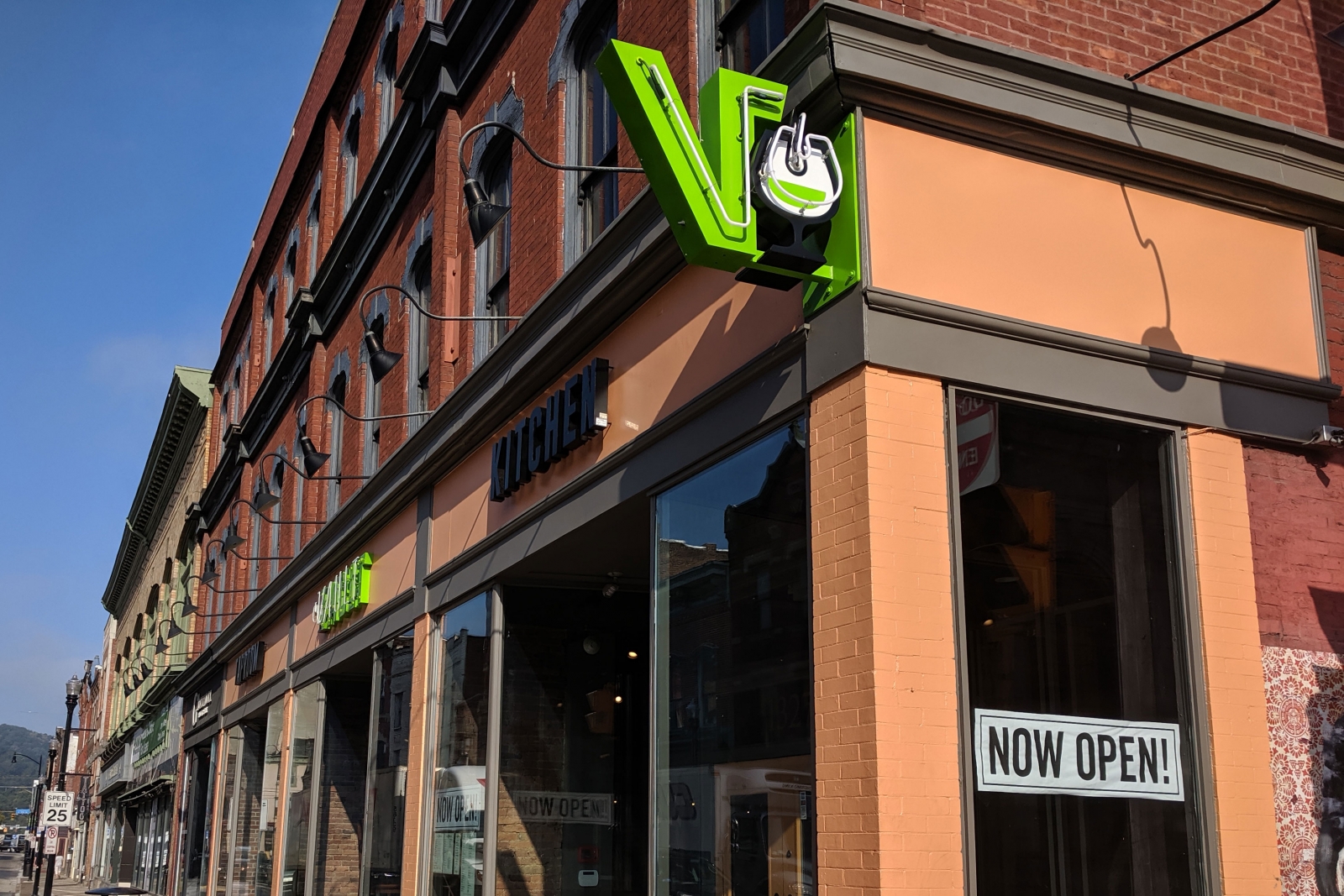 At The Vault Taproom, you serve your own beer.

You’re given an electronic card on entry and shown the mechanics of a wall of taps in the middle of a dining area. Select a glass, pick a brew, tap your card to the screen and then pour yourself however much you want; it’s priced by the ounce. At the end of your visit, you’ll be charged for the total amount of beer poured.

The Vault, a generally pleasant space on East Carson Street, did not invent this concept. The system behind the gimmick, dubbed iPourIt, is distributed nationwide; the first Pittsburgh-area system was installed at the members-only Oxford Athletic Club in 2018. The idea, I suppose, is that customers can try different varieties before picking a preferred beer for the evening — or continue to sample short pours. (iPourIt’s website, it should be noted, markets the system as a profit booster.)

In practice, it’s a mixed bag. The good: It is very nice to be able to sample different beers without committing. I enjoy any bar that offers short pours — Hough’s is a standout — and frequently cobble together flights for myself when they’re offered. On my visit to The Vault, I enjoyed each of the four beers I tried (IPA and wheat are the focuses, with an eye to regional breweries and big-name crafts). I was particularly pleased that those four added up to less than $10 total. And I suppose it was nice to get a beer the moment I wanted one without waiting for service — although no bar worth its salt will make you wait more than a minute or two for a fresh beer anyway.

The bad: I don’t, y’know, actually want to serve myself. I’m out. Part of what I’m paying for is … service. Also, while my pour isn’t bad, I’m no bartender, so I ended up with a lot more head and foam than I should’ve. (This could’ve been a mechanical issue; the taps at The Vault seemed to spit a lot of foam at the beginning of each pour, which could theoretically be corrected.) Not to get too pretentious, but pouring a glass of beer is more involved than just pulling the tap.

I enjoyed some of the food at The Vault, although they could do with some menu focusing; on my visit, snacks were good, entrees were less impressive. A shishito peppers app was great; tacos were above average; I was a bit let down by a salmon club. (At writing, it’s not listed on the website menu, which could be a sign that they’re already paring things down — a good move.)

In spite of a number of hiccups, however, I did enjoy my time at The Vault and would certainly go back — particularly when I’m in the mood for some-but-not-too-much beer. It’s a welcome addition to the neighborhood. It does have big shoes to fill, though; you wouldn’t recognize it after a thorough renovation, but The Vault is occupying the space formerly home to the dearly departed Beehive. If the taproom wants to prove itself worthy of that real estate in the eyes of South Siders, it’ll need to climb from interesting gimmick to essential stop.

This article appears in the September 2019 issue of After Dark.
Categories: After Dark