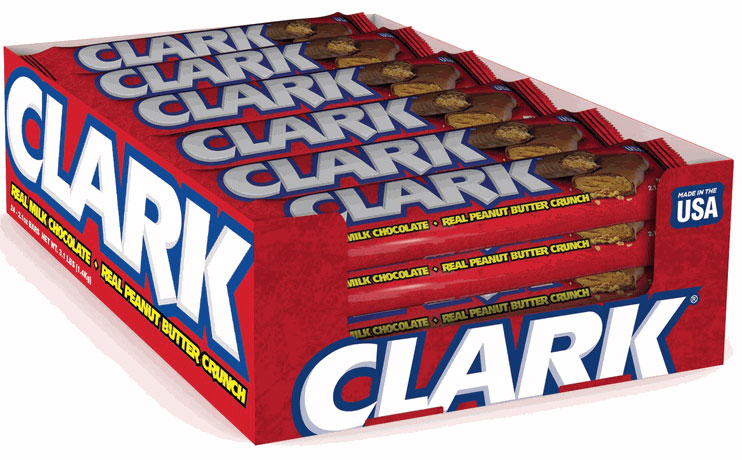 When some Pittsburghers bite into the Clark Bar, a regional favorite candy bar, they bite into childhood nostalgia. David L. Clark, an Irish immigrant and candy maker from the Pittsburgh area, created the candy bar in 1917, but now, according to the Pittsburgh Post-Gazette, the production of the beloved treat may be terminated for good.

The New England Confectioner Co., which bought the Clark Bar recipe and equipment at a bankruptcy auction in 1999, in March announced that, if they cannot find a buyer, they could shut down in May, a move that would lose nearly 400 jobs.

This announcement has put customers and candy retailers into a frenzy to buy the candy bar and other Necco candy bars — Necco Wafers, Sweethearts conversation hearts and Mary Janes — in case they wind up gone forever.

Jon H. Prince, president of CandyFavorites.com and McKeesport Candy Co. on Fifth Avenue in McKeesport, told the paper he’s seen an influx in purchases of the candy bar.

“I’ve never seen anything like this, a mad rush like this,” Prince says he’s received hundreds of calls from customers over the past few weeks trying to stock up.

Tom Carter, spokesman of Candystore.com, told the PG that Necco brand candy orders at the website has increased by 50 percent since the March 12 announcement from the candy maker, and sales of Clark Bars alone are up by 35 percent.

Carter says one desperate customer was a high school student running for class president. One of his campaign strategies is to hand out Clark Bars, since his last name is Clark.

“He said he needs to stock up on them now because he still has one more year of campaigning,” Carter told the PG.

Candystore.com reported another customer offered to trade her 2003 Honda Accord for the company’s entire stock of Necco Wafers. The company declined, selling her two boxes instead.

“We tend to take nostalgic products for granted,” Prince told the Post-Gazette. “Now, candies that are retro are starting to disappear.”