Get the 20/20 Experience at CONSOL 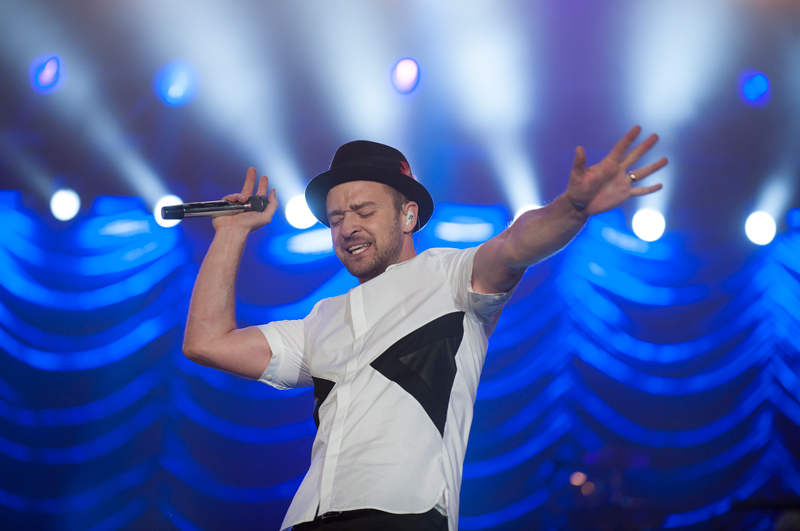 “SUIT AND TIE” AFFAIR
Justin Timberlake is having a pretty good year. He released two new albums — “The 20/20 Experience” and its sequel — that have combined to sell more than 3 million copies in the United States alone. He’s earned seven Grammy nominations for those records. His latest movie appearance, in the Coen Brothers’ acclaimed “Inside Llewyn Davis,” is getting glowing reviews. He joined the handful of celebs to host “Saturday Night Live” five times.

Oh, and he’s on tour. Timberlake will make his third solo Pittsburgh appearance at a sold-out show Saturday at CONSOL Energy Center. He previously drew raves for Mellon Arena gigs in 2003 and ’07. And, of course, he and his N’SYNC brethren were the first act to perform at Heinz Field in 2001. Tickets for “The 20/20 Experience World Tour” went fast, so you’ll have to head to StubHub or click the “Buy From Fans” link on Timberlake’s website to get ’em.

PITT WOMEN’S HOOPS READIES FOR ACC COMPETITION
In case you hadn’t noticed, attending sporting events is, you know, fun. Seeing Pitt Women’s Basketball combines the slick presentation and all-around entertainment that events at the Petersen Events Center are known for with an exciting, dynamic game played by an intriguing group of players. Before the Panthers start tangling with ACC foes later in the year, get to know the team in this week’s edition of After Dark!

GOOD UGLY, BAD UGLY AND UGLY UGLY
Prepare for your holiday parties by creating your own ugly sweater tomorrow night at Crafts and Drafts, hosted by Society for Contemporary Craft and resident artist Jennifer Moss. Transform one of your sweaters into the ugliest, most festive masterpiece with the 2- or 3-D felt add-ons you create at SCC. To aid your creativity, Church Brew Works will provide pours. You don’t need prior needlework experience — but you will need a valid ID to prove you’re of drinking age. For $35, this event might be the best ugly-sweater investment you’ll ever make.

IN THEATERS: Grab your wizard’s hat and a snack: It’s time for another round of "The Hobbit," as the second film, "The Desolation of Smaug," hits theaters today. Perhaps the most starkly different movie available is the acclaimed comedy "Nebraska," with Bruce Dern and Will Forte; the critical hit finally makes its way to Pittsburgh this weekend. PM Film Editor Sean Collier will appear on the 102.5 WDVE Morning Show tomorrow at 9:45 a.m. to review "The Hobbit" and "Nebraska," if he’s not overcome with exhaustion from successfully watching the entire Tolkien film. Tune in to 102.5-FM or DVE.com to hear Sean’s reviews!

Get your tickets soon or you’ll miss out on Rivertowne Brewing Co.’s 12 Beers of Christmas sampling celebration, which takes place Saturday. There you can try Rivertowne’s Rudolph’s Red along with options from 11 other breweries. Remember to donate a toy to Project Share the Joy. —K.H.

Take your budding paleontologist to Carnegie Museum of Natural History Saturday for French toast, dinosaur-tracking and wish-making Breakfast with Dinosaurs, where Santa-saurus will make an appearance. —K.H.

This article appears in the December 2013 issue of PMWeekend.
Categories: Things To Do