Get Ready for Halloween … in June

The first Halloween in June edition of Evaline Costume Cabal kicks off Friday in Bloomfield. 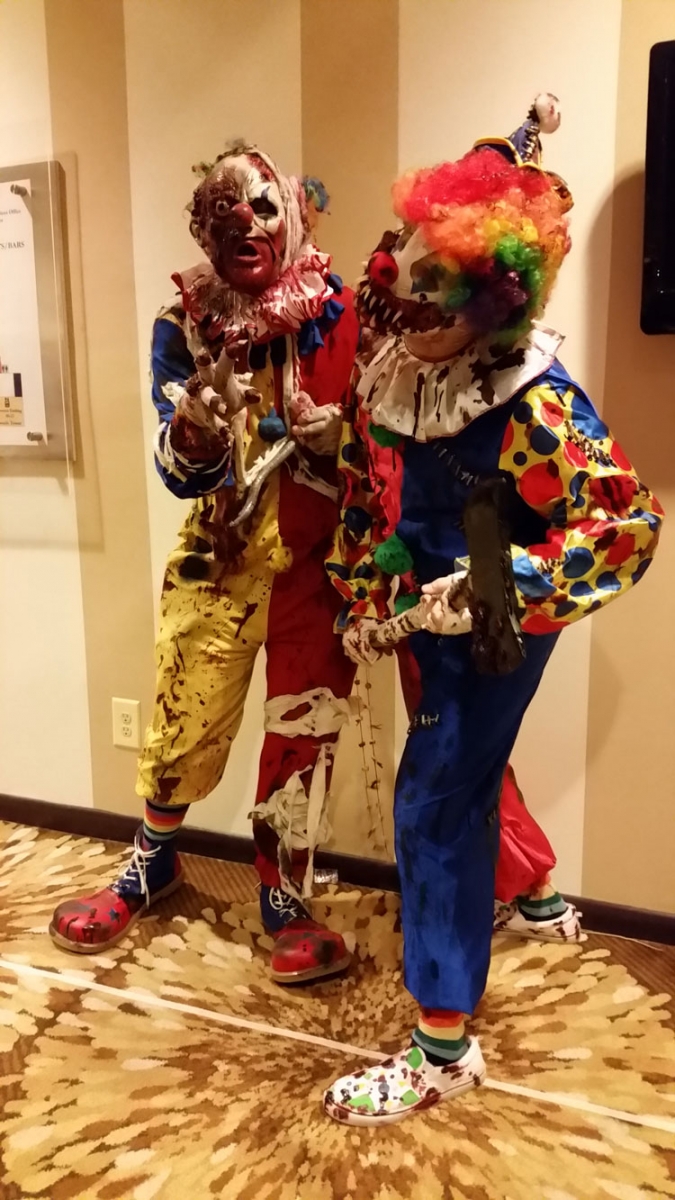 WHO SAYS SUMMER CAN’T BE CREEPY? HALLOWEEN IN JUNE ARRIVES
The annual Evaline Halloween Party, a much-touted high point of the Pittsburgh party calendar (and a former Best of the ’Burgh selection), knows Halloween hijinx as well as anyone we know of. But why limit such parties to October? Tomorrow, the first “Halloween in June” edition of the Evaline Costume Cabal will haunt the group’s party headquarters at 426 Evaline St. in Bloomfield. In addition to food and drink, themed rooms, a wooden rollercoaster, live music and more, former members of creepy-rock titans Blue Oyster Cult and the Alice Cooper Group (sorry — not Alice himself) will be in attendance. That roster of rockers includes original Cooper bassist Dennis Dunaway, who will be signing copies of his new book, “Snakes! Guillotines! Electric Chairs! My Adventures in the Alice Cooper Group.” Costumes, of course, are encouraged.
(426 Evaline St., Bloomfield; tickets and info here)

PITTSBURGH JAZZLIVE INTERNATIONAL FESTIVAL BRINGS JAZZ TO 20-PLUS STAGES
Mere days after the 2015 Dollar Bank Three Rivers Arts Festival came to a somewhat soggy end, another festival featuring world-class music is upon us. We’ve become pretty good at packing the warmer months with festivities around here (thus culturally fattening up for the leaner months), and the Pittsburgh JazzLive International Festival, now in its fifth year, has been a very welcome addition to the fest roster.

Ticketed events include a August Wilson Center for African American Culture performance on Friday night by genre-hopping vocalist Rachelle Ferrell and, earlier Friday evening, the alluringly titled “Bourbon and Bass” in the Trust Arts Education Center. Those seeking an education can take one of three jazz tours of the Hill District on Saturday, and those seeking a knockout jam session can head to James Street Gastropub & Speakeasy tonight for a (free) set led by Roger Humphries. Be sure to take a look at the full schedule, as performances are spread throughout more than 20 venues through the weekend.
(Click here for more info and tickets for select events)

BRICKS MAKE FOOD TASTE BETTER
We’re not sure when people truly realized that assorted foods — pizza chief among them — taste better when they come out of a brick oven. In any case, we have a hankering for something piping hot and flavorful, preferably paired with a crisp beer. This week, After Dark headed to Proper Brick Oven & Tap Room. This downtown bar and restaurant opened in summer 2013, so we figure it’s due for a Bar Exam. Get a review in this week’s edition of After Dark!

IN THEATERS: Prepare your children and feelings: Pixar has a new movie. “Inside Out,” starring Amy Poehler, Bill Hader, Mindy Kaling and more, concerns the exploits of emotions, personified as overworked creatures inside the head of a young girl. Elsewhere, the acclaimed urban comedy-drama “Dope” hits local screens.

The 2015 Mattress Factory Urban Garden Party, always among the city's hottest summer affairs, is this Friday night; this year's theme, "M is for Mattress Factory," brings martinis, macaroons, Meeting of Important People and other notable Ms.

The world premiere of “Mercy Train,” a new opera by Julie Tosh and Douglas Levine, is this weekend at the New Hazlett Theater, as produced by the Microscopic Opera Co.

This article appears in the June 2015 issue of PMWeekend.
Categories: Things To Do