Get Out Your Mat: Free Yoga Downtown on Sundays

The Pittsburgh Downtown Partnership brings back its free Sunday-morning Yoga in the Square sessions — this time indoors. 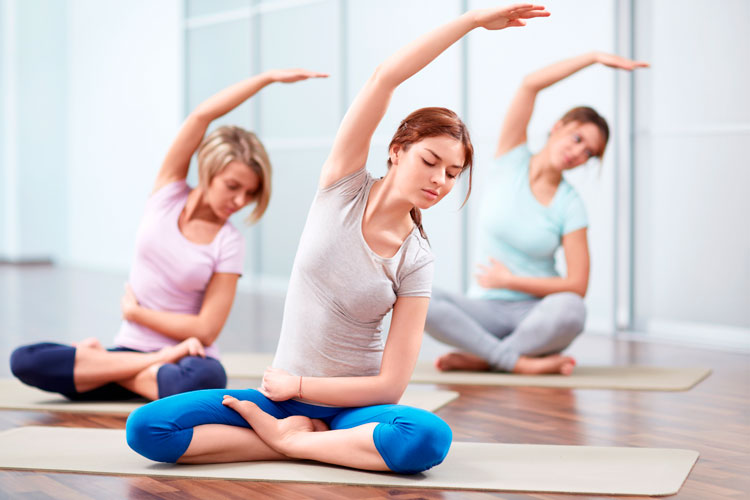 STRETCH THE COLD AWAY WITH YOGA IN THE SQUARE
Try as you might, the harsh reality that it’s still the middle of winter — darn groundhog — often is inescapable. You can listen to summer jams, sip Mai Tais and rewatch “Kennywood Memories” all day long, but when you walk outside, it still will be frigid. Thanks to the Pittsburgh Downtown Partnership and lululemon, however, you can indulge in a relaxing summertime activity all month: The winter edition of Yoga in the Square takes place at 10 a.m. on each of the next four Sundays.

No need to check the forecast; the cold-weather version of the free event does not take place outdoors but rather in the Wintergarden at PPG Place. The all-glass plaza will afford plenty of sunlight and downtown vistas, but you can breathe comfortably knowing there’s no chance of freezing your downward-facing dog. Each week will feature a new guest instructor to guide you; keep an eye on the PDP's Twitter account for updates and (in just a few short months) the summer yoga schedule.
(1 PPG Place, downtown; full details and info here)

A WORD ON STAND-UP COMEDY
After a mildly harrowing experience on a far-flung comedy stage, After Dark’s Sean Collier has some words of wisdom for new stand-up fans. After all, many approach the world of comedy with some trepidation; will the crowd be razzed? Will hecklers hijack the show? Is it true that you shouldn’t sit in the front of the room? Get a primer on live comedy in this week’s edition of After Dark. Then check out a show!

WORLD-CLASS JUNIOR HOCKEY IN DELMONT
The National Junior Prospects Hockey League showcases midget-level (that's high school-age) prospects who in a few short years may be skating alongside the best players in the world — and, given the breadth of young hockey talent in the country, some who already are. This weekend, they bring the Pittsburgh Championship Showcase to the Center Ice Arena in Delmont — a venue that has seen thousands of hopeful young locals learn the ropes. Games run from morning until night tomorrow and Saturday, with championship matches scheduled for Sunday; a weekend pass is $15, while single-day admission is $10. Teams competing include local top youth organizations the Pittsburgh Vengeance and Pittsburgh Predators, alongside more than a dozen other squads from around the country, including the NHL-affiliated Washington Little Capitals. For those eager to catch a glimpse at future NHL draft picks, it’s a rare opportunity; for those that want to take in top-tier hockey games without paying NHL prices, it’s a steal.
(100 Center Ice Drive, Delmont; schedule here, full contact info here)

IN THEATERS: The long-awaited space epic from “Matrix” creators Lana and Andy Wachowski, “Jupiter Ascending,” arrives in theaters nationwide this weekend. For those looking for a much younger-skewing epic, the second big-screen “Spongebob Squarepants” film premieres tomorrow as well. Universal Pictures also unleashes the confusing “Seventh Son,” a B-movie with an A-list cast including Jeff Bridges and Julianne Moore.

The University of Pittsburgh honors Black History Month with a schedule of lectures, film screenings, discussions and more, beginning tomorrow with a discussion between African ambassadors.