Get Out! Get Out While There's Still Time!

Take advantage of the warm weather and enjoy your life before we all return to all-day football marathons and Snuggies.

As the summer winds down, the children return to school, Sundays revert to informal football holidays, and outdoor seating becomes a less appealing option, one is inclined to cling to the last vestiges of sunlight and carefree relaxation. Soon, we will be wrapped in Snuggies and thinking about installing a fireplace; now, though, we’re hoping that the temperature will stay above 80 long enough to get a bit more August in.

Which means it’s perhaps your last good weekend for a quick summer road trip. I’m not talking about the all-out version; you have likely already packed too many people into a minivan and rolled toward the beach/theme park/national park/campground/booze-soaked music fest. This is a weekend for a quick getaway—drive somewhere, do something, eat something, sleep well, come back.

Here, then, are three suggestions for your late-August reprieve. Pack that neck pillow and throw together a few mix CDs.

If you’re the type that likes to spend a getaway lounging in the hotel—and I can hardly blame you, a period of inactivity does sound great—there’s a lovely one in historic Parkersburg, West Virginia. The Blennerhassett Hotel is over a hundred years old, and hangs on to its history proudly; the photographs of the area on display could be in a museum exhibit, and there’s plenty of classic hospitality and charm on display. You can hang out in cozy rooms or relax in the library, but you’ll be spending an awful lot of time at the restaurant, Spats. 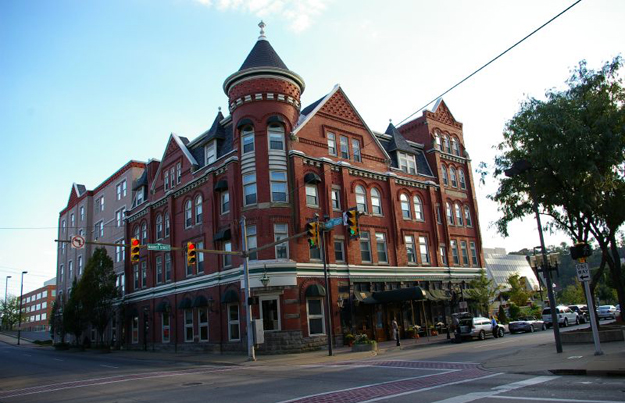 In addition to live entertainment every Friday and Saturday night and an excellent wine selection, the food is unbelievable (get up early and make it for breakfast; the Crab Cake Eggs Benedict is indescribable). There’s also plenty of golf in the area, for those so inclined. Book for this weekend and you’ll make the 30th Annual “Harvest of Opportunities” Benefit Auction.

I discovered this concert venue outside Dayton earlier in the summer, for a show with the B-52’s and the Go-Gos. As an outdoor venue outside a city, we were expecting something akin to the First Niagara Pavilion—nice enough, but gigantic, packed, and with nightmare parking. What we found instead was the most pleasant outdoor music experience I’ve ever had. The place is indeed shaped like the erstwhile Star Lake or similar venues but less than half the size. The rows of seats extend no farther than about forty yards from the stage, and the lawn still feels like its right on top of the performers. It’s an unusual thing to be watching a concert outside and feel intimate with the musicians. Furthermore, the beer (and a nice variety thereof, with a few good imports on draft) and food is cheap, and the parking (plentiful in the quiet, residential area that surrounds the Pavilion) is free.

This place is so cool, it’s worth the drive (4-5 hours from Pittsburgh, depending on traffic) for just about any show you’re interested in. This Friday’s show features big-band rock road warriors Chicago, but you’ll have to hit up StubHub for tickets, as just about everything sells out at Fraze. Classic rock continues later in the waning summer, with shows by The Doobie Brothers and Lynyrd Skynyrd.

Contrary to popular belief, right now (not a football Saturday) is be the best time to visit Happy Valley. Yes, you owe it to yourself to see “The Greatest Show in College Sports” at least once, preferably in a tense Big Ten confrontation and not a 62-3 blowout against Hapless State. But the last weekend of August—with new students wandering around campus, bars and businesses at their early-semester best, and the weather not yet sub-Arctic—might be the most beautiful time to see Penn State and its beautiful surroundings. 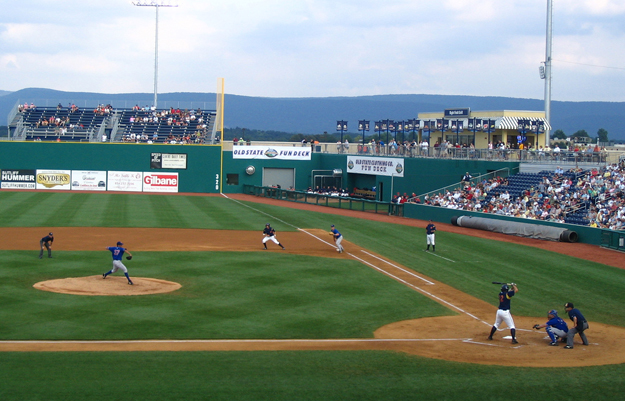 As an added incentive, this weekend you can catch a home series from the State College Spikes, a minor league affiliate of the Pirates. They play at gorgeous Medlar Field, a small facsimile of PNC Park. While the Buccos have the Pittsburgh skyline rising above right-center, the Spikes have a panoramic view of Mount Nittany. There’s also a nice variety of beers on tap in the ballpark, including a few local brews. Tickets are cheap, and the stadium is right on campus, in the immense shadow of Beaver Stadium. It’s back-to-school time nationwide for those ungrateful young people, so why not visit the alma mater (or, someone else’s alma mater) yourself?