The Pittsburgh Zoo's newest resident had a long, tough journey to the 'Burgh. 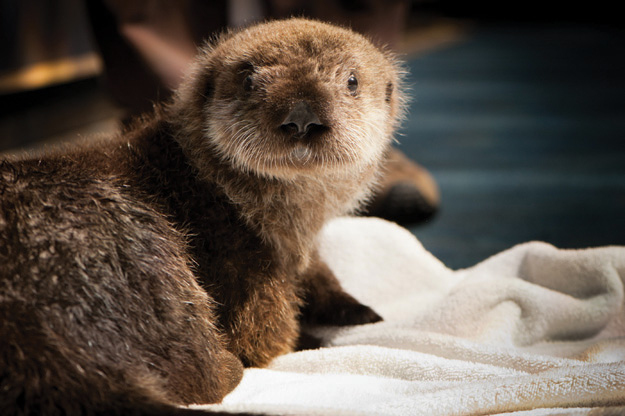 The bouncy new arrival at the Pittsburgh Zoo & PPG Aquarium, a 6-month-old sea otter, had to face an against-the-odds journey from Alaska to Highland Park — a trek that makes him Pittsburgh’s newest miracle baby.

“Alaska had an absolutely awful winter,” explains Dwayne Biggs, the PPG Aquarium’s curator of aquatic life. “He and his mom and a few others weren’t able to get back to the sea — they were stranded out in the cold and ice.” Unfortunately, the young pup was the sole survivor, and at only three weeks old, he couldn’t care for himself. “Locals found him very early on,” says Biggs, “and they called the Alaska Sea Life Center.”

The Pittsburgh Zoo partners with that organization on rescue efforts; as the staff in Alaska nursed the pup back to health, cross-continental phone calls began the process of finding the boy a new home. Less than five weeks after his frigid rescue, the healthy (and newly playful) pup was en route to Pittsburgh.

Today, the still-unnamed youngster spends his days frolicking around an icy kiddie pool (dubbed a “sea otter nursery”). For the first few months, Zoo staff stayed at his side around the clock; even president and CEO Dr. Barbara Baker took a late shift with the pup.

Zoo guests can find the tyke in the lower level of the Water’s Edge exhibit, where he’ll likely be deftly looping around his tank in pursuit of one of his favorite toys. Whenever staffers feel he’s ready, he’ll join the zoo’s older otters, where he’ll remain for life. It’s a happy and comfortable home for the no-longer-tiny pup, who is still amazing staff and guests with his energy. “He’s done absolutely remarkably,” Biggs says.

This article appears in the August 2012 issue of Pittsburgh Magazine.
Categories: Community Feature