Get a Jump on Opening Day

Head to Altoona this weekend for a chance to see the 2013 Pirates play ball a few days early at one of America's great small-town parks. 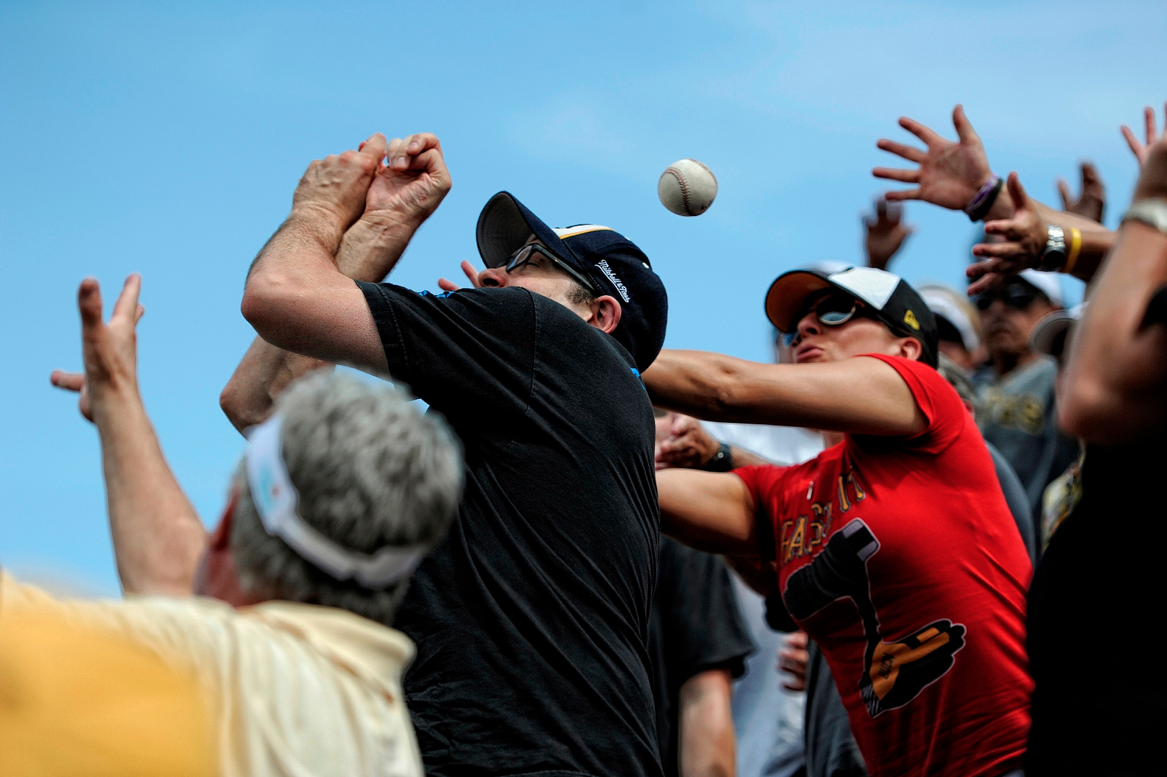 Play ball
After a long, cold winter of disappointing football results and delayed hockey, spring — allegedly — has sprung. And in the midst of the Penguins’ epic winning streak and the utter busting of your bracket, we hope that you’re as excited for opening day as we are. This Monday, in spite of a weather forecast that would make one think twice about attending a football game (let alone the summer pastime), the Pirates will take the field for a 1:35 p.m. opening day showdown with the Chicago Cubs. A.J. Burnett is scheduled to take the mound for the Buccos.

But maybe you just can’t wait that long. If that’s the case, this weekend brings a rare treat, as the Pirates wrap up the preseason with an exhibition matchup against their own Double-A affiliate, the Altoona Curve. Now, an early-spring showdown between the big club and their rookies might not seem like essential baseball … unless you’ve visited Altoona’s beautiful Blair County Ballpark, a must-go for any Pirate fan. (And they’re even getting Donnie Iris to sing the National Anthem.) Get a jump-start on opening day, a preview of the 2013 Bucs and a look at one of the great small-town ballparks all in one trip! If you’d like to make the trek, keep an eye on altoonacurve.com tomorrow for tickets. They’re scarce, but the team may release some more.

Checking in with our favorite bars
About three years ago, I started working on our November 2010 cover story, 20 Hot Bars. I sipped, I snacked, I judged. Three years later, I’m always pleased to see that people are still clicking on the story for nightlife guidance. But, as the world of drinkin’ changes rapidly — even in Pittsburgh — I thought it was about time for an update. I won’t change the original list (despite one commenter’s insistence that I nix the whole thing in favor of a list of local VFWs and Moose clubs), but I’ll let you know how I feel about each choice a few years later. Call it 20 Hot Bars: The Reckoning. Get a long-awaited update in this week’s edition of After Dark!

What is love? It's a night at The Improv
After a few minor TV roles and comedy-troupe memberships — not to mention a cross-country move from the City of Angels to the Big Apple — comedian Chris Kattan became a “Saturday Night Live” staple from 1995 to 2003. Though being a head-bobbing Butabi Brother with co-performer Will Ferrell isn’t really part of his character lineup anymore (and his nights at the Roxbury are over), Kattan will always be remembered for those roles. However, he seems content and willing to fill more, including appearances on “How I Met Your Mother” and a supporting role in “The Middle.” Sure to bring you laughs (and maybe even a nostalgic head-bob or two), don’t miss Kattan at The Improv all weekend.

In Theaters: New movies coming to Pittsburgh screens this weekend include: action sequel G.I. Joe: Retaliation, with Channing Tatum, The Rock and Bruce Willis; teen paranormal thingamabob The Host; daytime-soap style intrigue in Tyler Perry’s Temptation; and indie hit No. PM Film Editor Sean Collier is off from his radio duties this week, so he’d like to take this opportunity reaffirm that he enjoyed both The Call and Olympus Has Fallen more than he expected he would, in spite of how truly ridiculous both are.

This weekend won’t be complete without 10 a.m. photo-op for the kiddies (or you) with the candy-pushing Easter Bunny in the South Hills Village. Click here to plan your holiday weekend.