The Pittsburgh-born playwright made tabloid headlines in the 1930s. (it didn’t slow him down a bit.) 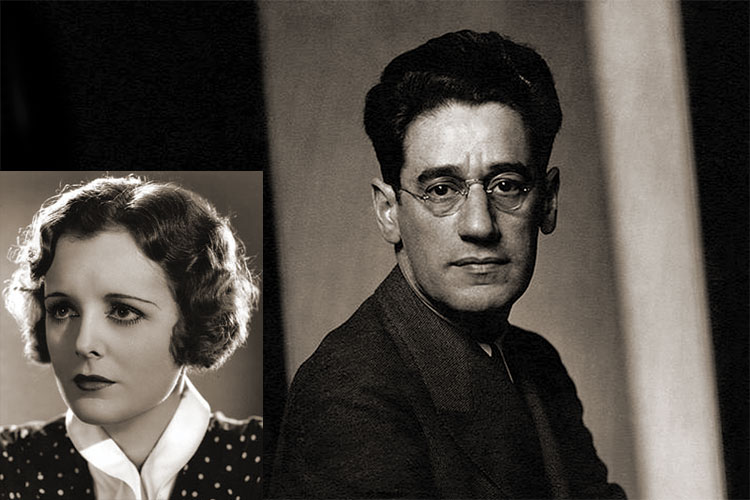 The great comic playwright George S. Kaufman was born in 1889 in East Liberty and grew up at 6102 Walnut St. in Shadyside. In 1903, he and Irving Pichel wrote a short play titled “The Failure” at Rodef Shalom Community House, so it can be said that his career as a writer truly began in the Steel City — but he left Pittsburgh in 1909, when his father was hired as the superintendent of the Columbia Ribbon Mill in Paterson, N.J.

Kaufman tried several different occupations before finding work in 1912 as a humor writer for the Washington Times. That led to a string of other newspaper jobs; in 1917, he became a drama critic for The New York Times.

In 1918, Kaufman’s play “Someone In the House,” which he co-wrote with Walter C. Percival, made it to Broadway. He later started directing other people’s plays, including the original production of “The Front Page” in 1928. The prolific theater professional either co-wrote or directed a Broadway show every year from 1921 through 1958. He won the Pulitzer Prize for Drama in 1932 for “Of Thee I Sing,” and again in 1937 for “You Can’t Take It With You.”

Kaufman’s personal life was less fortuitous. In “George S. Kaufman: An Intimate Portrait,” biographer Howard Teichmann writes about a pact that George and several of his 14-year-old buddies drew up in Pittsburgh. They had decided that “men as well as women should remain virtuous until marriage,” and signed a pledge to do so. So Kaufman may have been unusually virtuous when, in 1917, he married his wife Beatrice. The couple had some troubles after a failed pregnancy early in their marriage, and while they remained together, they had an “arrangement” that allowed both to be discreetly unfaithful — what some would call an “open marriage.”

As a result, Kaufman was often seen in the company of young actresses. In 1933, through friends, he met and impressed Hollywood star Mary Astor. They saw many plays and musicals together and spent time at an apartment he kept in Manhattan. Astor wrote in her diary about the affair and the happiness she, at age 28, found with the 45-year-old playwright. “I am still in a haze — a nice, rosy glow,” Astor wrote. “If I thought that business with George was half-hearted, I was crazy. It’s beautiful, glorious — and I hope it’s my last love — I can’t top it with anything.”

Astor’s ex-husband, Dr. Franklyn Thorpe, found those frank diaries and threatened to use them against her in court in 1936 when she tried to get custody of their daughter Marylyn.

It became a scandal when parts of these private writings were leaked to the press and published in newspapers across the country. Although it has been called “The Most Sensational Hollywood Scandal of the 1930s,” as a book on the affair was titled, both Astor and Kaufman kept busy and went on to produce some of their best work: Kaufman later won a Tony Award for directing the original production of “Guys & Dolls,” and Astor starred in the lauded Humphrey Bogart film, “The Maltese Falcon.”

Kaufman rarely if ever returned to Pittsburgh. In the late 1950s and early ’60s, he suffered a series of strokes and passed away on June 2, 1961, at age 71. He once suggested that his epitaph should read, “Over My Dead Body.”

This article appears in the August 2019 issue of Pittsburgh Magazine.
Categories: Rick Sebak