Little-known fact: Edinboro University’s Game and Virtual World Development track again has been included among the top programs of its kind in the country. 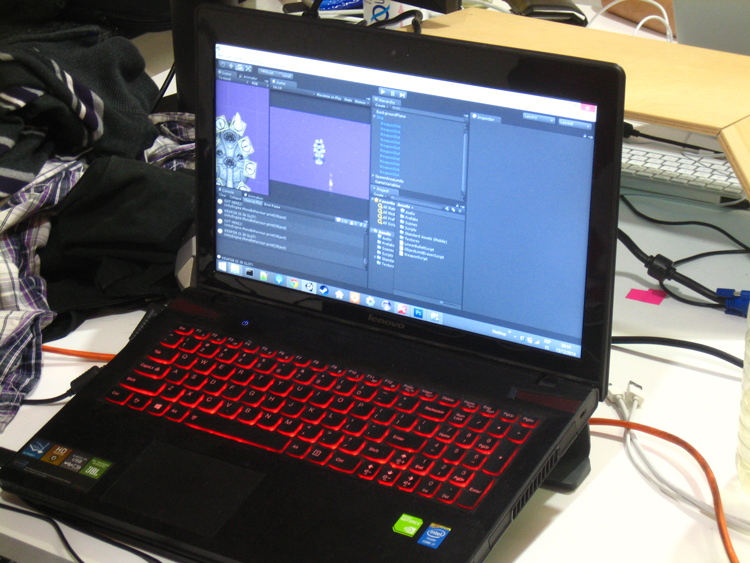 GAINS FROM GAMES: EDINBORO PROGRAM AMONG BEST IN U.S.
Edinboro University’s Game and Virtual World Development track again is included among the top programs of its kind in the country by a publication that reviews careers in the field. Animation Career Review highly ranks Edinboro’s program, offered through its Computer Science department, on several of its listings of game design schools and colleges: 15th on its list of top 25 nationwide; 17th in the top 25 on the East Coast; 48th on the top 50 in the U.S. Last year, the same source — which considers academic reputation, depth of the program and faculty and admission selectivity in its rankings — pegged Edinboro as the 53rd-best in the country in standalone game design. Dr. Daniel Bennett, a professor in the Math and Computer Science Department, says the program continues to thrive because of a diverse, rigorous curriculum.

“The curriculum includes what we consider to be the hardest part of computer science, and the students are doing some pretty tough art, too,” he says in a news release. “We’ve got the students taking physics, we’ve got them taking a lot of math. This is not a program for people who are coming in to play games, as opposed to write games, but we have an outstanding group of graduates this year.”

PITT SECURES GRANT FOR HISTORIC STUDY ON AUTISM SPECTRUM DISORDER
A University of Pittsburgh researcher received a $3.2 million grant from the National Institute of Mental Health to conduct the largest-ever study on assessing the effectiveness of nondrug psychosocial treatments for adults with autism spectrum disorder. Shaun Eack and Nancy Minshew will lead the research program, known as “Perspectives.” The program will examine whether cognitive enhancement therapy and enriched supportive therapy can help adults with a disorder that influences behavior, learning, communication and interaction — and affects one out of 68 children in the United States. Eack is Pitt’s David E. Epperson Associate Professor of Social Work and an associate professor of psychiatry; Minshew is a professor of psychiatry and neurology at Pitt as well as the director of the school’s Center for Excellence in Autism Research.
(For more information on the study, which will be held at Pitt, click here)

CMU SENDING FULBRIGHT STUDENTS AROUND THE GLOBE
Seven recent Carnegie Mellon University graduates with backgrounds in art, education and science will venture into the world, looking to make an impact through the Fulbright U.S. Student Program. The program is sponsored by the U.S. Department of State, Bureau of Educational and Cultural Affairs, and it provides fellowships for U.S. graduating seniors, graduate students, young professionals and artists to study abroad for up to one academic year. This year’s Fulbright award winners from CMU are:

This article appears in the May 2015 issue of Great Minds.
Categories: Great Minds