Garfield Bar Mixtape Is a Great Hangout (And a Good Bar, Too)

Part craft-cocktail joint and part coffee bar, the welcoming spot wants you to stay a while. 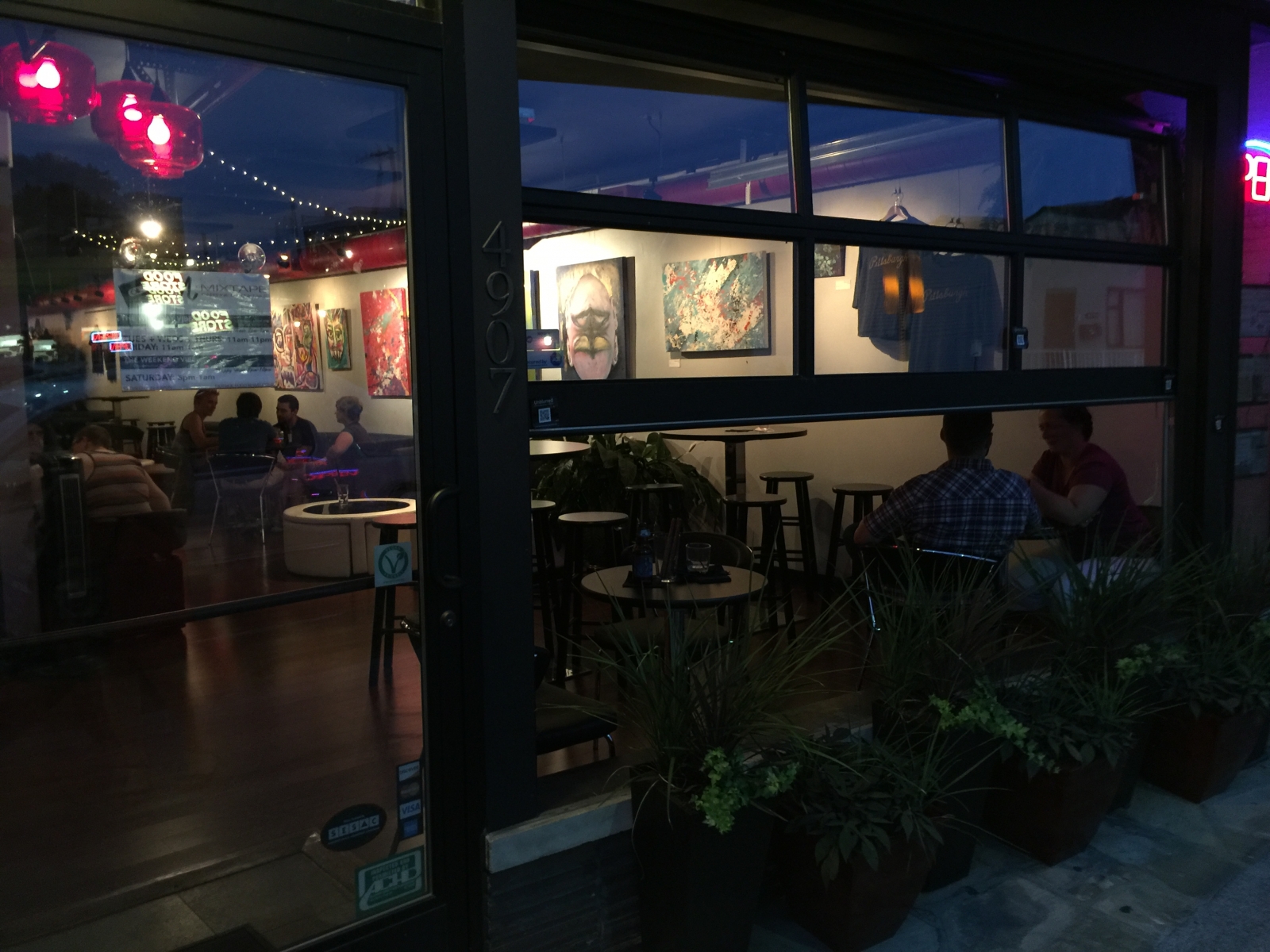 One of the best — and most frustrating — assignments I’ve completed for Pittsburgh Magazine was touring the offices of Google Pittsburgh.

It was astounding. I had been granted admission to a place that (if you never had to, you know, work) would be the absolute coolest hangout in the city. Floor after floor of space is designed to encourage young people to enjoy their lives, eat well, relax and recreate. I loved being there. I hated that there was no feasible chance of me coming back. I found myself wishing that they sold memberships that allowed you to just chill at the Google Offices for a couple of hours each day. (I’d even contribute! I know nothing about coding, but I can totally come up with punchy, amusing error-screen messages!)

The point is this: While there are innumerable cool places to hang out in Pittsburgh, I had never been to one that felt quite like the Google offices.

Until I went to Mixtape in Garfield.

To be fair, Mixtape doesn’t have a collection of Kennywood memorabilia, or a giant nap hammock, or unlimited free fruit. But Mixtape feels less like a craft-cocktail bar (although it is a good one) or an upscale coffeeshop (it’s one of those too) and more like a combination co-working space/hangout/understated bar.

Looking to get some work done on a weekday afternoon over good coffee? Mixtape opens at 11 a.m. Tuesday-Friday and has plenty of room for you to plug in your laptop. Need a fresh date spot? Impress with great drinks and a room that gradually dims with the sunset via the open-air, glass garage door facade. Grabbing some takeout from Spak Bros. and want to pair it with a seasonal brew? Paying customers can bring in outside grub, so order a Hell or High Watermelon from 21st Amendment and enjoy your meal.

Don’t take the relaxed mood at Mixtape to mean that they’re not serious about their stuff, though. Watch the bartenders work on one of the satisfying cocktails and it’ll be clear that you’re in good hands; I tried the Dancing in the Dark, a rum-and-ginger-beer variation, and the Jack and Smoke, a wood-fired take on the classic, and highly recommend both. The cocktails definitely tend towards sweetness as a guiding principle, but anyone with a curious palate will likely be pleased.

In addition to the bring-your-own-food policy, a short menu of sandwiches, salads and meat-and-cheese plates is available during select hours. A selection of board and tabletop games is prominently displayed, further encouraging you to stick around and have a good time. And apropos of its name, Mixtape is also a music-forward establishment, with a pleasant soundtrack that mixes familiar, nostalgic tunes with under-the-radar, upcoming artists.

I know there’s a sharp difference between a Garfield bar and the local offices of one of the biggest companies in the world, but the feeling I got when I visited Mixtape was similar to that I experienced at Google — one of being in a cool, inviting place that genuinely wanted me to have a good time.

There are plenty of good bars around. Mixtape is one of the rare ones that is a genuine asset to its neighborhood, the sort of place that would make you more inclined to move nearby. Get some friends together and get over there.