Game 7: All It Takes Is All You Got

With their season on the line, the Penguins need one more from the heart. 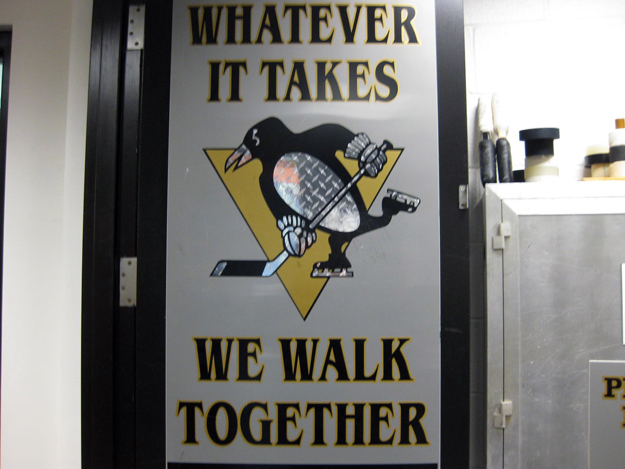 One look said it all.

It said more than any words could—and there have been a lot of words said about the faltering Pittsburgh Penguins ahead of the decisive Game 7 against the surprisingly truculent Tampa Bay Lightning. Lots of stats about power play percentages have been bandied about, not to mention speculation about the psyche of Marc-Andre Fleury, copious hand-wringing over the spontaneous combustion of the Penguins’ defensive discipline, a feverish obsession with traitorous villain Ryan Malone’s prominent posterior in proximity to the Penguins’ net and, of course, a healthy dose of unhealthy speculation about the return of Sidney Crosby.

The Penguins-Lightning series has ebbed and flowed because of all of that junk, sure. But in the end, it’s about none of it.

And Martin St. Louis’ face said it all on Monday night. As the TV cameras cut to the Tampa Bay bench after Steve Downie’s quick strike put the Lightning up 3-2, St. Louis’ wild-eyed rapture was the pure embodiment of the kind of intensity you need to win a Stanley Cup playoff series.

In that moment, you just knew. It was the same look that St. Louis’ lilliputian compatriot Mike Cammalleri had in his eyes as he slow-roasted the Penguins in last season’s disappointing finale. The Lightning were willing to do whatever it took to win Game 6.

The Penguins used to have a guy who would flash that maniacal “Eff You” look. That “By Any Means Necessary” look. Two guys, actually. Unfortunately, one is out with a concussion and another is suspended for attempting to give someone a concussion.

Without their unquestioned leader, Crosby, and their unhinged shit-stirrer, Matt Cooke, the Penguins are left with a bunch of guys who are giving off an entirely different vibe as the series gradually slips away.

One image from Game 6 was particularly troubling.

It was the sullen face of Alexei Kovalev as he sat in the box serving his fifth penalty in only six playoff games. Imprisoned at a vital moment in a vital game, the gravity of the situation didn’t seem to dawn on him. Kovalev looked like he was standing in a mildly aggravating line at a Comcast Service Center. You could read his aloof demeanor as poise … or something else entirely.

Poise was a suitable inference for someone like the departed Sergei Gonchar, a puck-moving power play quarterback who who thrived on keeping his cool. But it’s hard to spin it as an asset for a forward who has been an apparition for most of the opening round, popping his head out only once to bury an excellent feed from James Neal in Game 1. 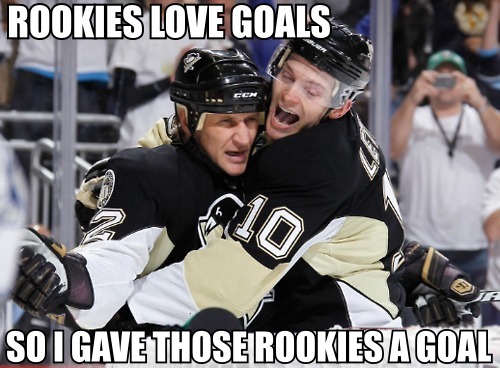 Since then, Kovalev has been harmlessly gliding around the far corners of your HDTV. He is currently ninth on the team in shots on goal in the playoffs with 13. Preposterously, fourth-line grinder Mike Rupp has put more rubber on net than the three-time All-Star. For a born-sniper that was brought in to gut-check opposing goalies, that’s a problem.

Game 7 will not be won on the fringes, where Kovalev has set up camp, and where Neal wristed home Game 4’s over-time winner from an absurd angle. Game 7s are decided in the trenches.

The late, great leader of the Miracle on Ice, Herb Brooks, famously barked at his players, “The legs feed the wolf, gentlemen.”

(Coincidentally, a motivational sign hangs in the Penguins’ locker room that reads: “Pack of Wolves Mentality.”)

Brooks’ dogma was about conditioning. But you’d be hard pressed to find a better maxim for the game of hockey itself.

Unlike any other sport, where pitchers fiddle with their hats, point guards dribble listlessly and TV networks cut to Lite Beer commercials after every other snap, hockey is in a state of constant chaos. The wheels are always churning. There’s a reason players only stay on the ice for 45 seconds, a truth that is lost on most fans watching from their couch: 50-percent of the time players are out on the ice, their legs are on fire.

Every race to the puck, every battle for a fluttering rebound, every time a player decides to dive face-first in front of a shot, a decision is made. There is a split second, a literal instant, when dog-tired legs send a signal up through a spastic heart and directly to the brain, and in that moment, everything—the lonely fluttering puck, the deadlocked game, even the entire series, hinges on a simple question: Who wants it more?

The answer has nothing to do with when the players were drafted, how much money they make or what pundits think of their hands. Hence why the Penguins have any business being in this series without Crosby, Cooke and Malkin. Sometime after the mob scene of Game 4’s overtime, the Penguins lost their fire.

There’s statistical evidence to back it up. Most analysts look at “physicality” as the ultimate index for a team’s sweat equity. In reality, there are better metrics to gauge a team’s fortitude than merely tallying up bodychecks, and in the two games since the Penguins took a comfortable 3-1 series lead, Tampa Bay has dominated in two telling areas:

The Penguins got outworked and out-bruised.

Those numbers remind me of something the Penguins’ fallen leader-turned-strategic-telemarketer told me in October, back when he was perched atop the NHL scoring leader board and this Rupp-Kennedy-Staal power play line was just a night-terror brought on by a NyQuil overdose.

Reflecting on the dramatic Stanley Cup run in 2009, Crosby said, “Maybe it’s tough for people outside of this locker room to understand just how hard it is to win a playoff series, let alone win a Stanley Cup. So many things can go wrong. There’s so much adversity you have to fight through.”

The hollowed-out feeling Penguins fans have in the pit of their stomach is simply part of the ambiance. It’s what makes the Stanley Cup playoffs the battle of attrition that Crosby describes. You have to wonder, does the Penguins’ locker room actually need this Game 7—this ultimate gut-check, this test of adversity—if they have any hope of lifting the Cup?

Someone needs to step up as the on-ice leader.

Even after Game 4, they never had The Look. To beat the Capitals, you need The Look.

Marty St. Louis has it. For now. On Wednesday night, the Penguins can steal his fire.