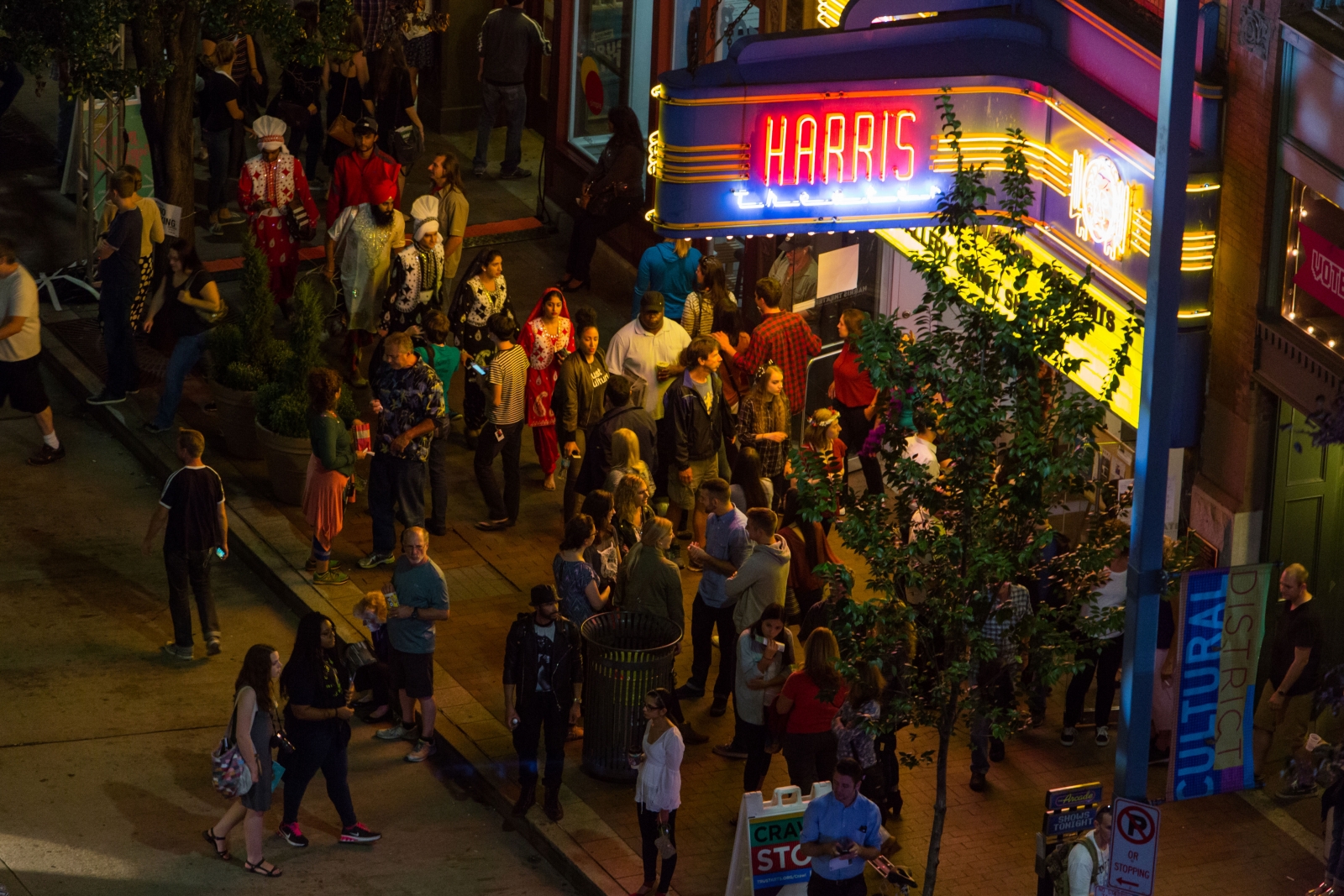 Stray cats, dingy dumpsters and grey puddles — alleyways are not typically places you’d want to go exploring after nightfall. This Friday, however, the alleys of the Cultural District will be adorned with art and serenaded by local musicians.

Art in the Alley is a free event presented by the Pittsburgh Cultural Trust in collaboration with Redfishbowl. It’s part of this Friday’s Gallery Crawl, which stretches from 5:30-10 p.m. throughout the Cultural District (with additional Art After Dark events going later into the night.)

Art in the Alley will feature food trucks and an interactive sidewalk chalk mural, in addition to live music and works of visual art. The first alleyway the Crawl will take over is Tito Way — just behind the Benedum Center for the Performing Arts — and it will finish up at Garrison Place, near the David L. Lawrence Convention Center.

“Alleyways are not a common place to have art, and that’s part of the inspiration,” she says. “It’s something new and something fresh that we have never done before. [Alleys are] such an important part of the fabric of Pittsburgh — everybody has an alley behind their house or knows a particular shortcut through an alley and that’s something unique to Pittsburgh.”

Though this is the first time the Cultural Trust is taking the Gallery Crawl into alleyways, the organization has been hosting the events for more than a decade. This installment of the series also serves as part of the larger Pittsburgh International Festival of Firsts.

“This particular Crawl serves as the kickoff to the festival, so there’s going to be some exciting things going on for that event as well,” Bell says. “It is an eight-week celebration of the arts with an international focus and it’s all world premieres, North American premieres or U.S. premieres. So during those weeks, we’ll be showcasing never-before-seen, international art.”

The Festival of Firsts will take place throughout the fall Downtown. The festival will feature works by renowned, global artists from a wide range of disciplines including theater, dance, music and visual art.