From the Obvious to the Minute – Steelers Don't Miss a Detail

For the Pittsburgh Steelers these days, no aspect or nuance of the game is considered too small to not be worth covering in training camp and beyond. 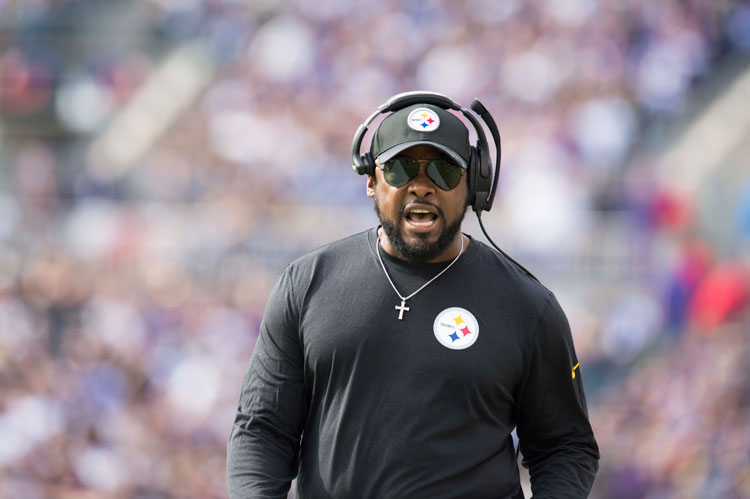 Amid the chaotic fury of a live goal line drill the other night, inside linebackers coach Jerry Olsavsky noticed something wasn’t quite right.

As quarterback Joshua Dobbs was barking signals on Sunday at Heinz Field, as the defense was communicating the anticipated countermeasures, as the players not involved in the repetition were shouting encouragement to those wearing the same color practice jersey and insults at those who weren’t, Olsavsky intervened.

“Back up, Vince,” Olsavsky instructed.

Inside linebacker Vince Williams responded by backing up exactly one step.

And once the ball was snapped, Williams helped keep it out of the end zone.

Did one step really matter?

It did to Olsavsky.

And such things do to the Steelers, who are manically focused on the little things at Saint Vincent College, at Heinz Field, at Greater Latrobe Senior High School and anywhere and everywhere else they might find themselves preparing for the upcoming season.

During a special teams drill, only 10 players lined up for an extra point. Special teams coordinator Danny Smith instructed the 10 who hadn’t forgotten to take the field for the place kick not to call a timeout under any circumstances should they ever find themselves in such a situation in a game. Better to take a delay-of-game penalty, Smith emphasized, save the timeout and simply make the extra point from a little farther away after the 5-yard penalty has been assessed.

During a third-down drill, outside linebacker Anthony Chickillo managed to chase down fullback Roosevelt Nix and force him out of bounds shy of the first down marker after Nix had caught a short pass in the flat.

“Don’t get beat to the flat, ever,” Tomlin reminded Chickillo. “We solve a lot of problems if we live by that rule.”

During one of the daily practice-opening “Seven Shots” two-point conversion/short-yardage confrontations between the offense and the defense, wide receiver Justin Hunter hauled in a reception but lost possession after hitting the deck.

“You gotta maintain control of the ball to the ground,” Tomlin hollered. “You gotta get up showing the ball.

“Wide receivers, you understand that?”

During a punt return drill, Tomlin was spotted and heard barking instructions about foot placement to wide receiver Demarcus Ayers from just a few feet away while Ayers was in the process of catching and returning a punt.

The Steelers have even run a kickoff coverage drill for the sole purpose of conditioning those covering the kickoff to stay onside before the ball is kicked.

No aspect or nuance of the game, no detail is considered too small to be worth covering.

The most glaring example of that occurred during an 11-on-11 session when the offense tried working on a “hard count,” a change in inflection and syncopation by the quarterback as the snap count is delivered in an effort to draw the defense offside.

This time, a couple of the offensive linemen jumped offside.

“We can’t use it as a weapon if the dumb-(expletives) jump,” Haley bellowed.

You’d think that much would be assumed and obvious.