From Simple to Stylish

This carefully crafted addition of a family room and large deck allows the Broadhursts to stay in and get more out of their space. 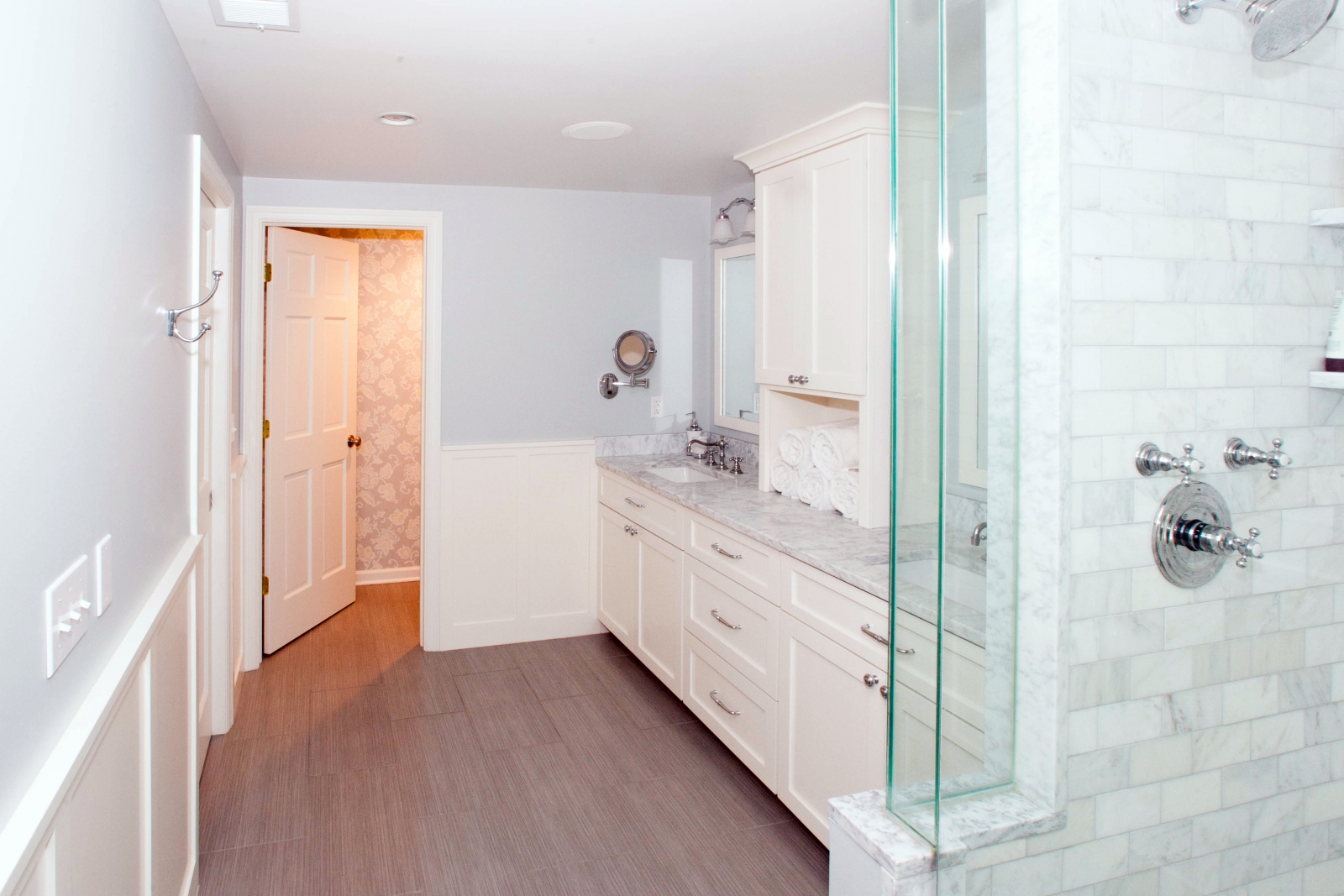 When Jen and Brooks Broadhurst purchased their three-bedroom home in Mt. Lebanon 12 years ago, they knew they’d want to update it someday.

They liked the home’s location close to the city, and its large backyard — a rarity in Mt. Lebanon — provided space for their three children to play. The kitchen was small, though, and this family with ties to the Eat’n Park restaurants (he’s senior vice president of food and beverage) likes to cook. The first floor lacked a bathroom. The small living room didn’t encourage gathering or entertaining.

About four years ago, the Broadhursts decided it was time to expand — their children were 6, 9 and 11 and would still have time at home to enjoy the new space. They hired Elizabeth Benedict of Elizabeth Home Decor & Design, Inc. to handle the redesign, along with Lynch Construction and architect James Kopriva. Benedict lives in Boston, but her husband grew up with Brooks Broadhurst in Upper St. Clair. Jen Broadhurst says she often admired Benedict’s taste when the families visited.

“The whole scope of the project was not anything I felt I could do myself and have everything how I wanted,” Jen says. “We’d been here [about] 10 years, so we knew how we lived as a family. We wanted it to be open and good for the kids and casual — not too stuffy.”

The addition includes a large family room/kitchen with plush furniture, an island, new appliances and a colorful breakfast nook where the family enjoys most meals. A large deck off of the room has two seating areas and a wall-mounted television that can be turned between the two. Upstairs, the family added a master bedroom and bathroom.

A powder room also was added to the first floor, as was a keypad where the family can control the sound and lighting throughout the house. 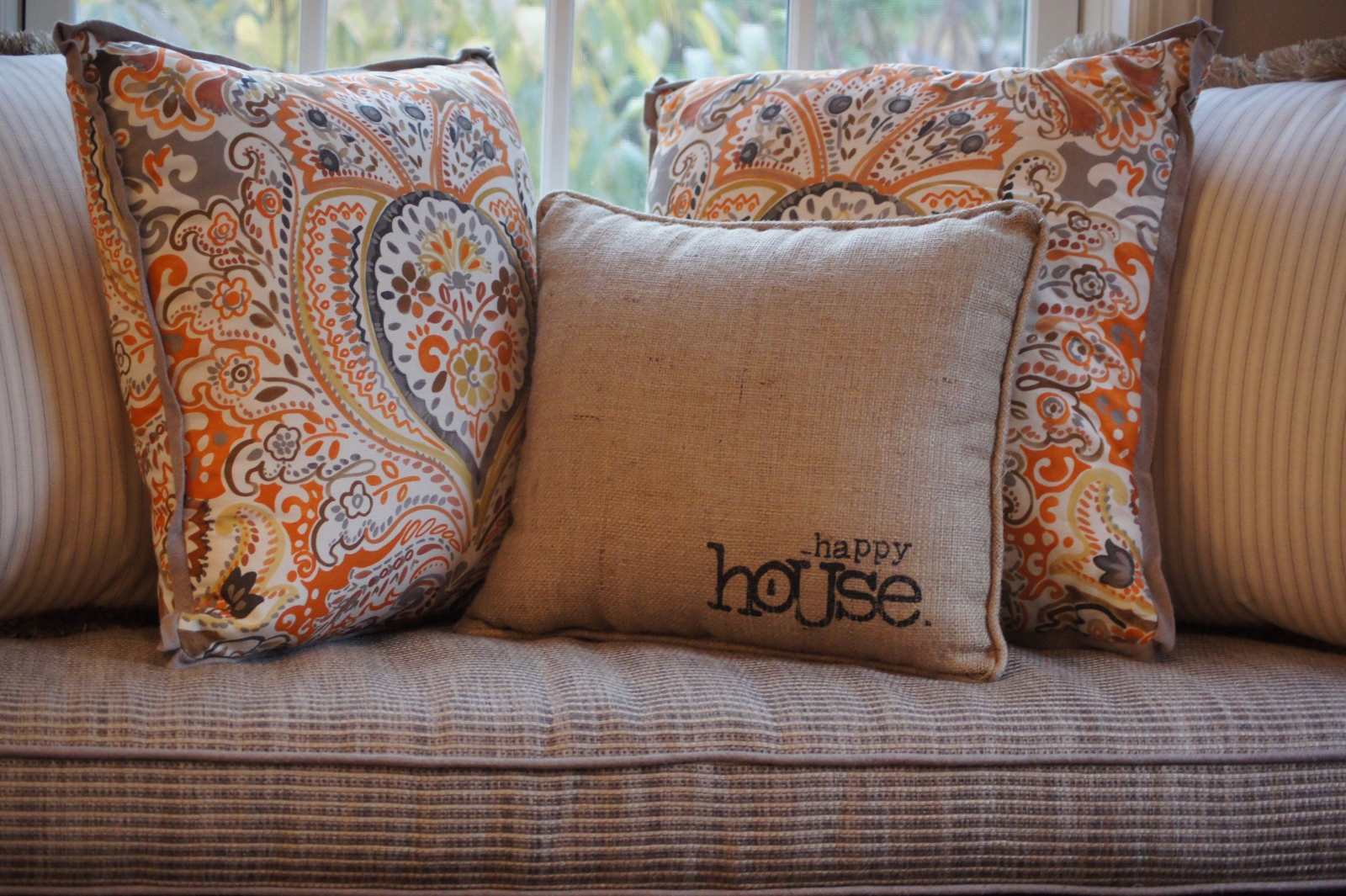 The new furniture in the great room is functional and family-friendly. The Broadhursts can move the small, beige GJ Styles ottomans from room to room to serve as extra seating. The rest of the pieces are by Kravet, and all have heavy-duty, stain-proof fabric. The wool carpet by Stark is soft and durable.

“She was good at designing everything around function,” Jen says of Benedict.

For the kitchen countertops, Jen liked the look of marble, but Benedict convinced her that stain-resistant granite would be more practical. Beehive lanterns by Robert Abbey hang over the island and “make the lighting really interesting,” Benedict says, noting the sconces and pendant light by Visual Comfort & Co. over the kitchen nook are comforting.

The new master bedroom features a 12-foot-high vaulted ceiling, which Benedict says gives it a feel of grandeur. An orb chandelier from Ballard Designs hangs from the center.

“We wanted to show off the height of the room but not make it too fussy,” she says.

The project took a year and was mostly finished in August 2012, but Jen says she’s still putting the finishing touches on decorating.

“It was a long process, but it was one of those things you forget about because the end product is so [great],” she says. “I’ve had people ask if there’s anything I would change, and there’s nothing.”

This article appears in the October 2014 issue of Pittsburgh Magazine.
Categories: HOME + Design