This year, the city’s vacation horizons are wider than ever, thanks to an array of easy new flights from Pittsburgh International Airport. 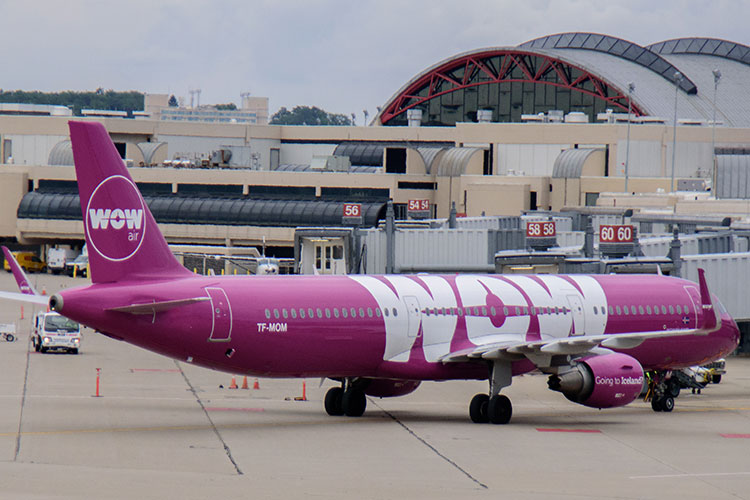 With direct service to Canada, France, Iceland and Germany, you can spend more time exploring and less time sitting in crowded hub airports (we’re pointing at you, New York).

WOW Air continues its year-round service to Reykjavik, putting dozens of European cities within striking distance. Dublin? Milan? Go for it. Flights to Paris and Frankfurt resume next month after a winter hiatus. New direct service to Montreal (merci, Air Canada!) debuts in May, in time for festival season in that most French of North American cities.

A stronger dollar keeps spots in North America and Europe affordable. Favorable exchange rates translate to a 25 percent discount on Canadian adventures, and the dollar buys a bigger share of the Euro. Budget-friendly options for public transit and reliable online marketplaces such as Airbnb and VRBO help, too. Take a look at the must-do offerings in foreign capitals and start mapping your getaway. 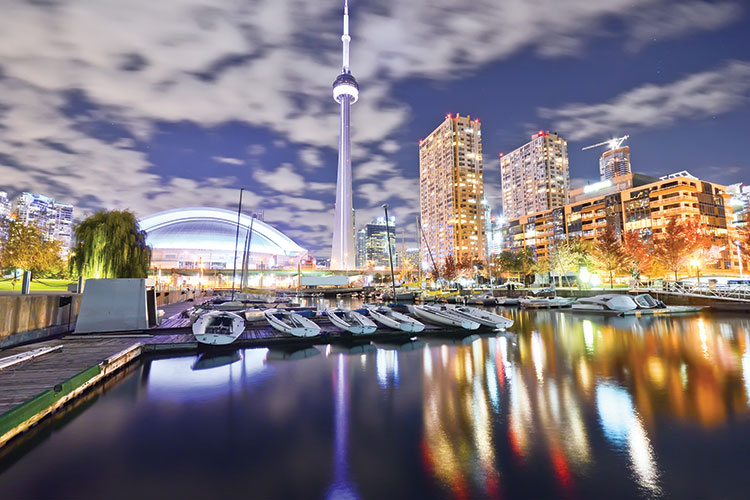 Flight time from PIT to Pearson International: 60 minutes daily
Getting downtown: The Union Pearson Express train departs from the airport every 15 minutes for the 25- minute trip, $12
New for 2018: A cool new home for the Museum of Contemporary Art
Planning: seetorontonow.com

Pittsburgh’s nearest international neighbor, with direct flights on Air Canada, is one of the world’s most multicultural cities. An astounding 51 percent of its 2.8 million residents were born in another country, and they’ve brought all of their cultures and cuisine to the flat shores of Lake Ontario. Speaking of the lake, its downtown edge has become a buffed waterfront, with bike lanes, bike shares, boardwalks and even a spit of sand called Sugar Beach. Blocks away, the Distillery Historic District, its brick courtyards filled with cafes, shops and arts destinations, offers free music and a popular outdoor market each weekend.

Toronto’s citywide International Film Festival (Sept. 7-16 this year) is a perennially hot ticket. If documentaries are your thing, consider Hot Docs. The event screens about 200 local and international films from April 26 to May 6.

The city’s dining options are diverse and seemingly endless. Brothers Food + Wine, a newcomer rocketing up the list of best Canadian restaurants, serves a mean crispy steelhead trout above the Bay Street subway station. Near the University of Toronto, The Annex and Little Italy offer menus ranging from tapas at Bar Raval and Mexican treats at El Rey in the funky Kensington Market to Joons for Korean favorites.

The nearby Junction Triangle, the city’s next hot neighborhood, welcomes the long-awaited new home of the Museum of Contemporary Art with a splashy exhibit called “Believe.” The show debuts May 26 in a former industrial tower with works by Canadian stars Jeremy Shaw, Tim Whiten and Carl Beam and international newcomers.

Downtown’s newest resort complex is Hotel X Toronto. The lakefront campus include about 400 guest rooms, lavish skybar, and a rooftop “pond” on its 28th floor. 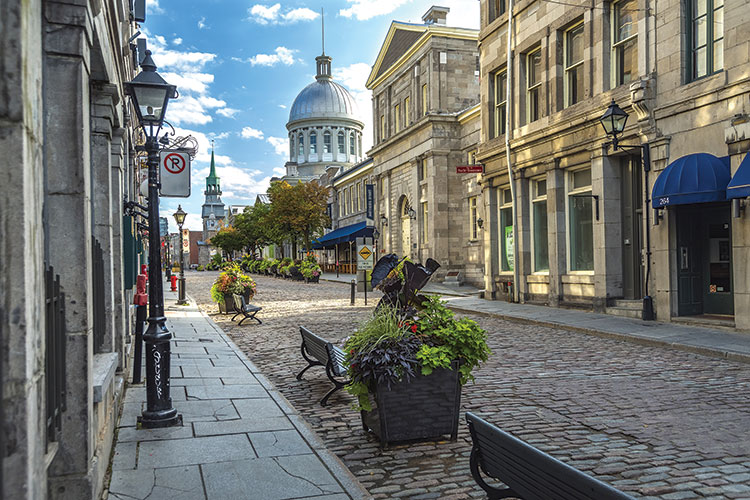 Flight time from PIT: 90 minutes daily beginning May 17
Getting Downtown: Express bus from Pierre Trudeau Airport to Lionel-Groulx Metro station, 35 minutes; $10
New for 2018: When at Mile Ex, dubbed “the coolest place on the planet” by Vogue, visit Jiep Jiep, which gets five stars for its hip East Asian menu.
Planning: tourisme-montreal.org

Due north of Burlington, Vt., Montreal doesn’t just feel French: this island on the rushing St. Lawrence River has had a French soul for nearly four centuries. Vieux Montreal, the old city, is a study in stone, dominated by the grand Notre Dame Basilica and City Hall. But stuffy? Mais non. With free outdoor festivals, from jazz to circus to comedy to the end-of-winter Montreal en Lumiere, the city rivals New Orleans for its non-stop party spirit. Most natives are bilingual, and though they’d prefer that you were, too, Anglophones are welcome.

Montreal’s burgeoning tech industry has created dazzling public displays. Notre-Dame’s astonishing AURA, a light and sound show, illuminates the interior of the cathedral (buy tickets in advance). To celebrate the city’s 375th birthday last year, the city lit the Jacques Cartier Bridge with modulating streams of light reflecting the social media buzz: when the lights are racing bright blue, there’s a good chance the Canadiens have just scored a goal.

The bridge crosses Parc Jean Drapeau, where July brings Week-Ends du Monde, a world music festival. For a two-wheel tour of the city, cycle the 8-mile path along the Lachine Canal. Pack a picnic from nearby Atwater Market. 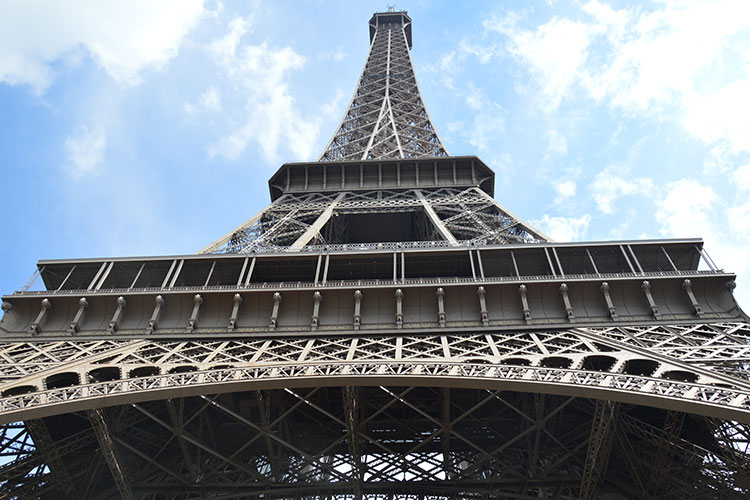 Flight time from PIT: 8 hours
Getting downtown: RER train (40 minutes, $12.50)
New for 2018: Galeries Lafayette, the French fashion institution, opens a vast new location on the Champs-Elysées later this year. Buzz about Brasserie du Lutetia, a new effort by chef Gérald Passedat, is mounting as the restaurant opens at the revamped Lutetia Hotel this spring.
Planning: us.france.fr

As Audrey Hepburn observed in “Sabrina,” Paris is always a good idea. Especially when Delta resumes its daily direct flights from Pittsburgh, this year on a bigger and better plane, on May 24.

Among this season’s cultural highlights are the opening of L’Atelier des Lumieres, the city’s first digital museum of fine art, with classic and contemporary works projected throughout a restored iron foundry in the 11th arrondisment.

Also on tap: a display of Dutch masterworks at the Petit Palais through mid-May; Delacroix at the Louvre, Mary Cassatt at the Musée Jacquemart-André, and “Guernica,” on loan to the Picasso Museum.

Since moving to the City of Light in 2016 after a career at the University of Pittsburgh, Timothy Thompson has discovered the city’s small museums — and a new favorite haunt.

“Most Tuesday and Thursday afternoons, and a few other days as well, find me at Hôtel Drouot, the main auction house of Paris. It’s possible to find almost anything at Drouot, and there are frequently four or five sales going on at the same time. While I have successfully bid on small items, the real enjoyment is seeing what comes up for sale and observing the people.”

If heading to the 11th arrondissement, Thompson recommends finding your way to Rue Paul Bert, a trove of elegant small bistros.

Physical culture more your thing? Sports are close to the top of the city events calendar this year, with the quadrennial Gay Games arriving Aug. 4-12. The Ryder Cup follows at Le Golf National, near Versailles, in September. 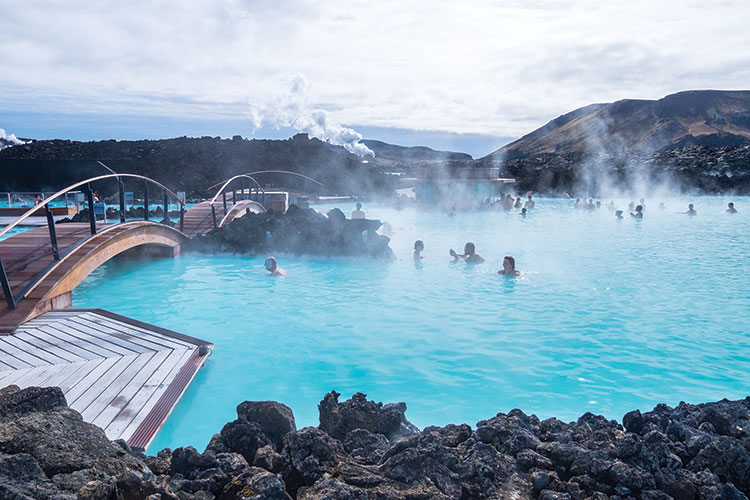 You don’t want to be the only young American who hasn’t dipped in the geothermal Blue Lagoon — especially when WOW Air offers bargain direct flights to the Icelandic capital year-round (with connections to 27 other Euro destinations). Reykjavik’s most famous native, the singer BjÖrk, captures the city’s appeal: “You are in the middle of nature surrounded by mountains and ocean. But you are still in a capital in Europe,” she says. You can tour the compact city center faster than you can spell most Icelandic names. The gorgeous waterfront Harpa Concert Hall and Conference Centre is a must-see, and the week surrounding the summer solstice, with 24 hours of sunlight, is a citywide party. Stick around for the Secret Solstice, an annual music festival. Other quirky visitor favorites include the Álfaskólinn, or Elf School, celebrating Icelandic folklore, and the Phallological Museum.

But seriously. Take BjÖrk’s advice and get out of town. Iceland’s highly developed tourism economy offers super convenient tour options. You can even arrive from the U.S. at 5 a.m., bus directly to the Blue Lagoon and have a soothing soak and a cocktail before continuing to your hotel. Bargain rates on rental cars at Keflavik Airport make touring the Golden Circle an easy road trip. The landscape you cover in just three hours includes rock formations that look like the American West, sea cliffs, huge waterfalls, and grassy former volcanoes.

Iceland has recovered from its spectacular bank failures of 2008, which roiled the world economy and led to the country’s “Pots and Pans” street protests. Get the full story of the crash as you join a friendly and affordable downtown landmark tour with CityWalk, which also offers pub crawls and running tours. 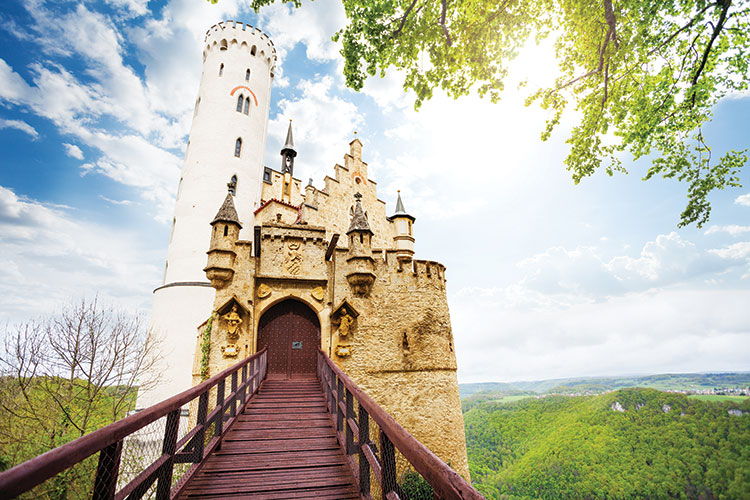 Resuming twice-weekly service on May 18 and adding a third weekly flight beginning June 27, Condor Air’s service to Frankfurt is a boon for Pittsburgh business travelers to this modern financial center.

But the But the mammoth airport is also an ideal launch pad for vacationers, with high-speed rail links from its train station. That means you can escape to the medieval university town of Heidelberg or the Rhine Valley by train in less than an hour, the Bavarian Alps in a litte more than five, or Berlin in as little as four. Going further afield? Use frequent flier miles with major airlines such as Lufthansa and the Star Alliance. European discount carriers such as Ryanair, easyJet and Wizz offer one-way flights across the continent for as low as $20 (but watch out for added fees for baggage and seat selection).

In Frankfurt’s city center, the Städel Museum’s blockbuster Rubens exhibit, through May 21, offers an English language app for visitors. The city’s popular Gay Pride weekend parades through downtown July 20-22. Freβgass celebrates more than 600 wines of the Rheingau in an open-air festival on the city’s Opera Square Aug. 29 through Sept. 7.
Southern Germany is also castle country, with a wide selection of romantic royal hangouts to explore. The top picks, on mountain peaks: Hohenzollern, Neuschwanstein and Lichtenstein.

Christine H. O’Toole is a Pittsburgh travel and feature writer and a frequent contributor to PM. 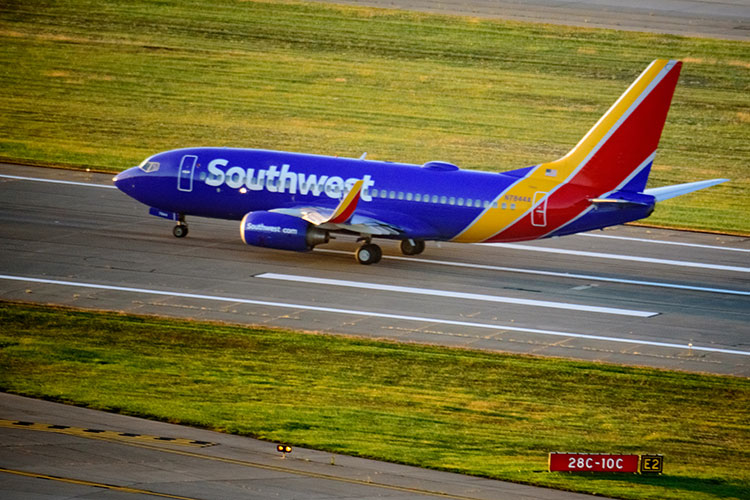 The 86-mile Riviera Maya between Cancun and Tulum offers Caribbean beaches, inland options such as the cenotes — hidden underground caverns for swimming and spelunking — and Mayan archaeological sites such as Chichen Itza, El Rey, Coba and Tulum. Check rivieramaya.com or cancun.travel.