From Drive-Through to Live-In

Amy and Ryan Gavatorta turn a former beer distributor on the South Side into a modern, urban dwelling. 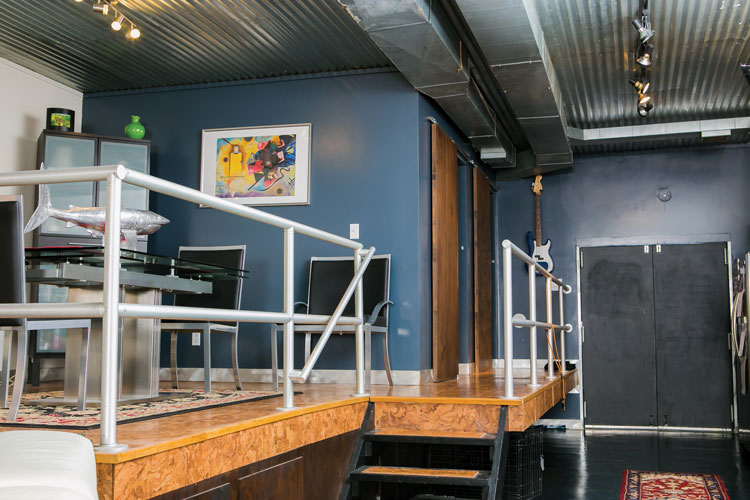 On a warm summer day, it isn’t unusual for Ryan and Amy Gavatorta to find a stranger peering into their South Side home with a confused look on his or her face, especially if they’ve opened their glass garage door.

Is the contemporary-style building on Sarah Street a new restaurant? A trendy bar? An up-and-coming shop, perhaps?

“We’ve had some even people think it’s a Goodwill drop-off [location],” Ryan says. “We’ve gotten drop-offs in the back.”

You can’t blame people for being confused. Before it was the Gavatortas’ home, the 1950s-era building was used as an icehouse, a drive-through beer distributor, a bakery and an upholstery studio. 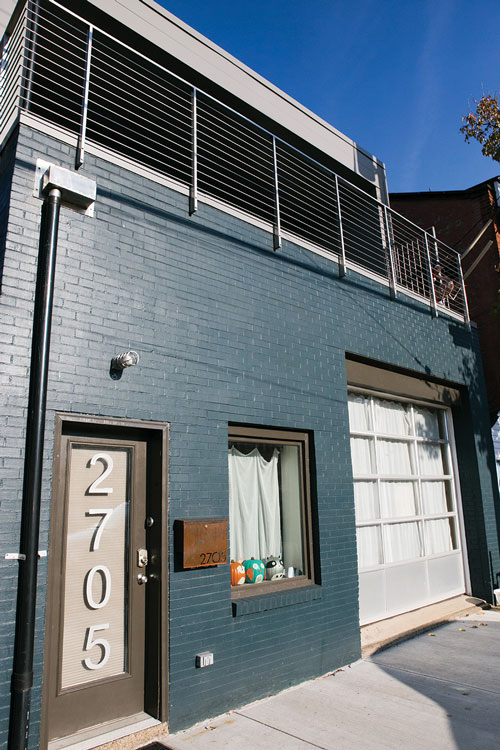 Its proximity to restaurants, coffee shops and the bustling SouthSide Works also could cause one to wonder about the building’s use. But the location — and the building’s long history — is exactly what the couple love about their home.

“I like that on a random Wednesday night you can [say], ‘Hey, I don’t feel like cooking, let’s go get something,’” Amy says. “You can go out on foot and your options for restaurants are incredible.”

Even before they bought their home in 2009, Amy, an attorney at a law firm in the South Side, and Ryan, the assistant director of media relations at Duquesne University Department of Athletics, say they were city people.

They previously lived on the South Side Slopes, in a tiny house on Shelly Street. Initially, the couple planned to remodel that house, which Amy, 40, bought shortly after graduating from law school. When it became clear that adding onto the home wasn’t feasible, the Gavatortas began to explore other options. 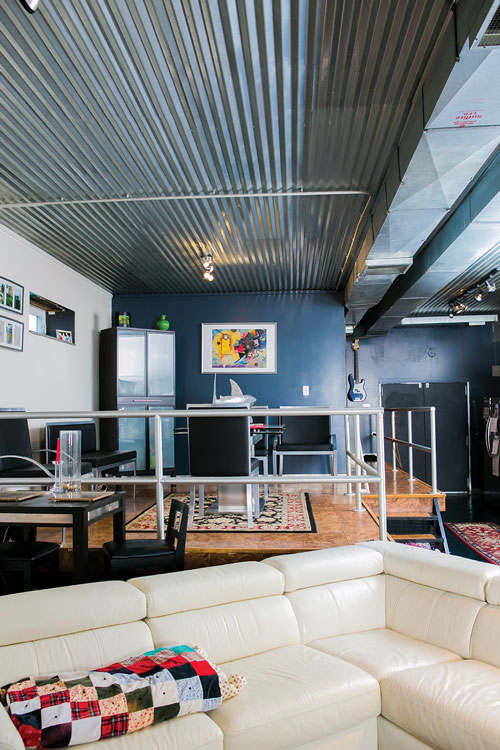 Unwilling to leave the South Side, which is a convenient commute to both of their jobs, the couple found their current house. At the time, the house resembled nothing so much as a dark grey, one-story box. From the beginning, they saw the building’s potential to be their dream home.

“We found this place, and Ryan just fell in love with it,” Amy says. “It was already really cool.”

The couple knew right away that they wanted to add a second level to the building, which the former occupants had used as an upholstery studio and a living space.

To help them with construction, they turned to Michael Healey, a South Side-based contractor with experience renovating buildings in the city. They also worked with David Morgan of Morgan Architecture on the design.

Healey says he recalls seeing the building and thinking it resembled an old garage.

“[The Gavatortas] told me their dreams, and I scratched my head,” he says. “I looked at their property, and I thought, ‘How the heck am I going to get this done structurally?’” 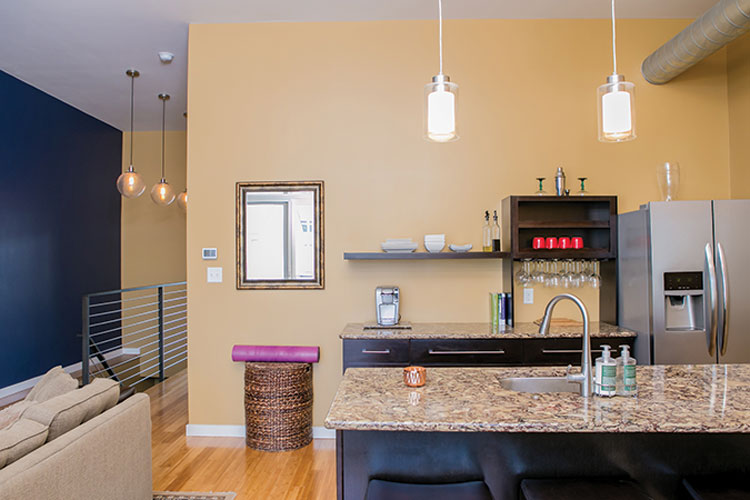 As he learned more about the couple — Amy teaches yoga, Ryan likes craft beer — he, his designers and Morgan began to craft a home that would reflect the occupants’ lifestyle. Eventually, they decided to add a Japanese soaking tub for Amy and a second, upstairs kitchen for entertaining.

“What’s fun about Amy and Ryan is they loved what they created and what we created as a team,” Healey says. 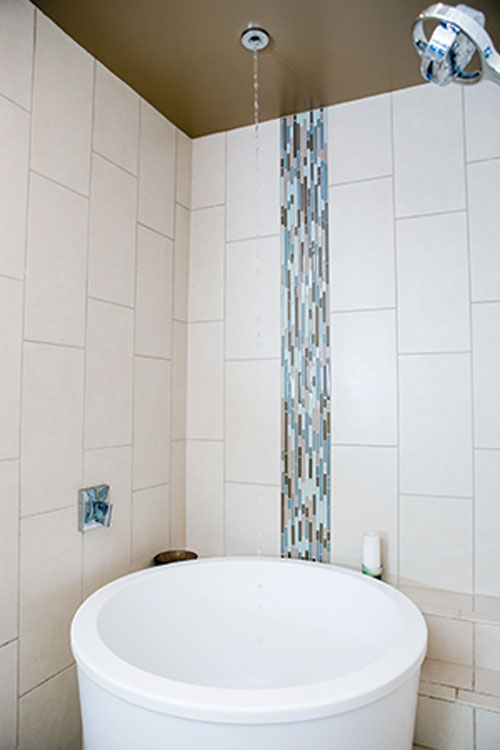 After considering the costs, the Gavatortas decided to space out construction in three phases. The first phase in 2011 involved adding the second-story shell to the building. In the second phase, in 2013, they built the second-story interior, which included a master bedroom and bathroom, a gathering space and a small kitchen. The third phase, still to come, calls for adding a rooftop deck with a swim spa, which is a smaller version of a traditional outdoor pool. 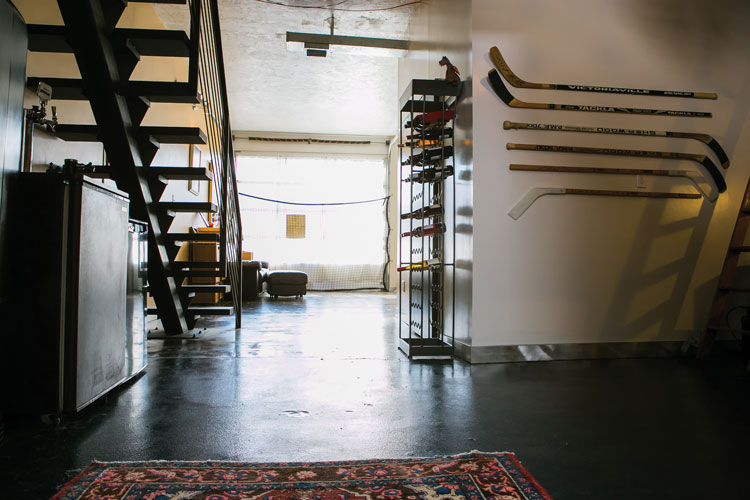 The first two phases took about two years, and the couple lived in the home during the construction process. Workers used the front of the building as a staging area, and they were constantly in and out of the house.

“We just lived in a tiny space in the back of the house,” Amy says. “I mean, you’re on top of each other.”

They, too, worked on the home. Amy, who’s handy, tiled the bathroom and refinished the concrete floors on the first floor. They also turned a raised stage area that was being used as a bedroom into a dining room. Double doors coated with chalkboard paint to display the day’s menu lead to a large garage with a glass door — a relic from the building’s days as a drive-through business.

“You can open up both garage doors and have a big party and have all of the fresh air come in,” Amy says. 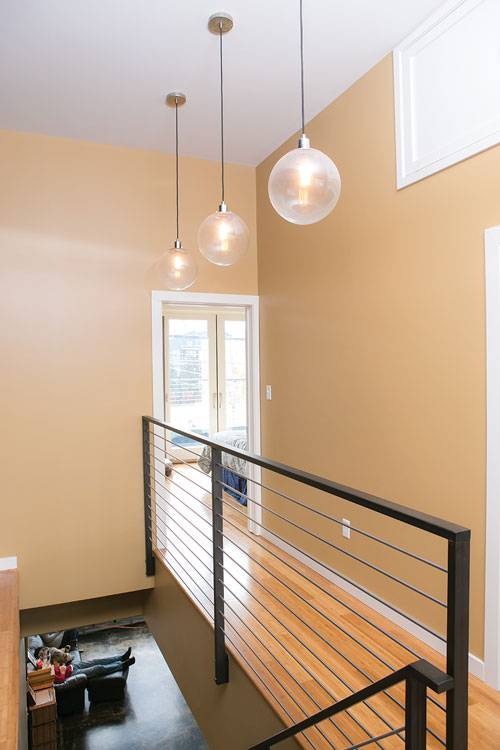 A custom steel staircase leads to the home’s second floor, which was done in an industrial style — with oversize pendant lights in the common space — to match the building’s origins.

In the light-filled master bedroom on the second floor, French doors lead to a balcony overlooking Sarah Street. The deck’s floors were constructed from pallets, which Ryan found at various businesses, and were then painted and stained. Attached to the master bath, which is Amy’s domain, is a second bathroom, mostly used by Ryan. A second bedroom is on the first floor. 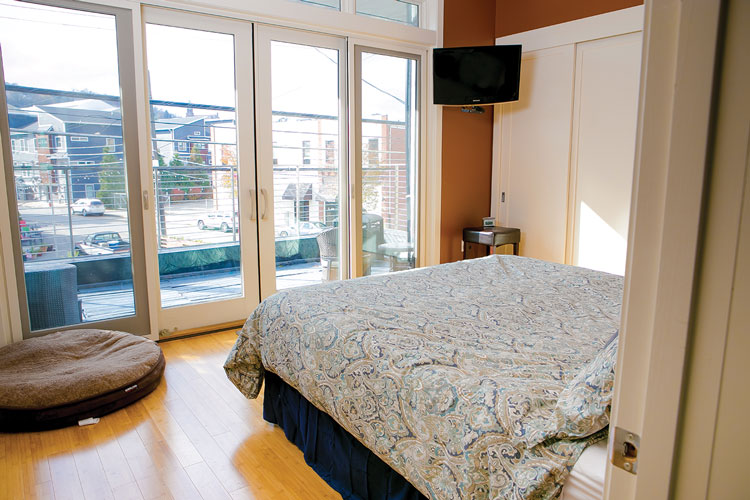 Even in a neighborhood filled with historic and unusual buildings, the Gavatortas’ home stands out. It was featured on last year’s Historic South Side Home Tour, and Ryan, 41, created a PowerPoint presentation of the home’s past incarnations for the event.

The couple is looking forward to phase three of the project but don’t have a firm timetable for it. Once the rooftop deck, which has a view of Downtown, and swim spa are added, their project will be complete.

And if a former beer distributor, with a drive-through from the front of the building to the back, and a small pool on top of it all sounds unique, it’s because it is — and that suits the Gavatortas perfectly.

“I would hate a square box to live in,” Amy says.