Fridays Are All Good at The Warhol

This month, The Andy Warhol Museum staff wants you to get caught up on exhibits during its special Good Friday promo. 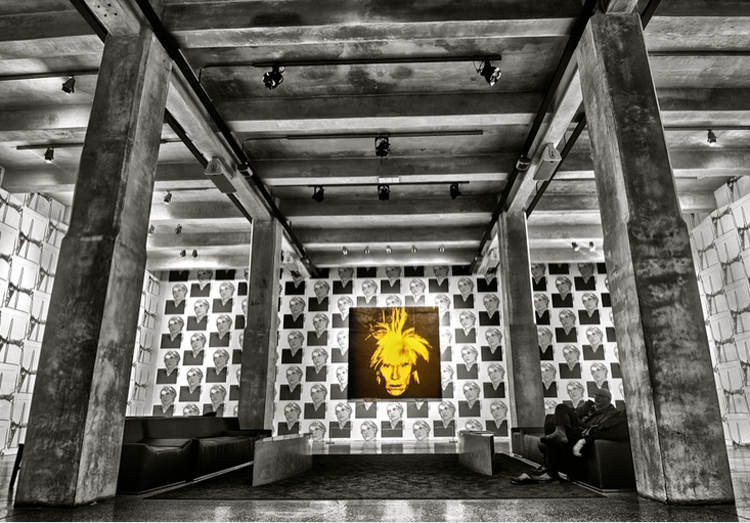 REALLY GOOD FRIDAYS AT THE WARHOL
The Andy Warhol Museum’s Good Fridays offering is switching things up this month: Thanks to sponsorship from UPMC Health Plan, the Good Fridays admission fee will be reduced from half-price to free. Patrons can take advantage of the cash bar hosted by the museum’s in-house catering staff, while DJ Shawn Watson will spin vinyl ranging from reggae to rock. Catch a final glimpse of “I Just Want to Watch: Warhol's Film, Video and Television,” which showcases the largest exhibit of the artist’s media work — and closes March 19 after four years in residence.
(117 Sandusky St., North Shore; free only on Fridays in March, 5-10 p.m.; 412/237-8351, warhol.org)
—Krystal Hare, PM Fact-Checker

THE IRISH PUB: IT TAKES MORE THAN A PINT OF GUINNESS
As much as many of us like a parade, Celtic music and Ceili dancing, some people’s idea of an Irish celebration involves little more than a pub and a pint. Fortunately, there are many self-proclaimed Irish pubs in the Pittsburgh area and around the world. But what makes an Irish pub Irish? Is it as simple as having Guinness on tap and a few brass Jameson logos, or is more required? (Boxty? Stew? Conversation? Rugby? Wool sweaters?) For an answer, Sean Collier traveled first to Ireland . . . and then to proud Gaelic outpost Lanigan’s Irish Pub & Eatery in New Castle. Get the Bar Exam in this week’s edition of After Dark!

ST. PATRICK’S PARADE AND MANY MORE IRISH CELEBRATIONS
Pittsburgh has played host to St. Patrick’s Day parades for 144 years now and hasn’t missed a year since the 1940s. It’s not tough to be consistent when droves of Irish (and temporarily Irish) ’Burghers are waiting: The event usually draws onlookers numbering 150,000 or more. A particularly sunny parade in 2012 welcomed a staggering 350,000 guests, and the numbers aren’t just impressive on the crowd’s side of the street: 23,000 are expected to march in this Saturday’s parade, including returning Olympian Lauryn Williams, who will celebrate her silver-medal performance at the Sochi games. The marching begins at 10 a.m. at Liberty and 11th and heads down Grant Street before making a right onto the Boulevard of the Allies.

A new St. Paddy’s tradition is being established this year as well: the inaugural Pittsburgh Donnybrook, a boxing card pitting Pittsburgh-area fighters against Ireland’s fightest, will be held at the Grand Hall on Monday, with a 7:30 belltime. Long after Saturday’s parade wraps up, Pittsburgh’s favorite Celtic rockers, the Bastard Bearded Irishmen, will hold their annual St. Patrick’s Parade Day Party at the Rex Theater starting at 7 p.m.

Adapted from Homer’s “The Iliad” and written by actor Denis O’Hare of “American Horror Story” and director Lisa Peterson, “An Iliad” performs at Pittsburgh Public Theater through April 6. —K.H.