CEREMONY
The marriage of Freya and Steven brought together very different heritages; to honor both, two different ceremonies were held on the same day, beginning with a Catholic service led by Deacon Reynold Wilmer at the Epiphany Catholic Church (184 Washington Place, Uptown; 412/471-0257, epiphanychurch.net).

The second ceremony, a traditional Hindu service, was held in the Fairmont Pittsburgh’s Grand Ballroom (510 Market St., downtown; 412/773-8800, fairmont.com/pittsburgh) and was officiated by Shri Sureshchandra Joshi, a priest from the bride’s parents’ church. The mandap for the Indian service was constructed by Jim Lux of Gray Pheonix Design (412/606-8563, graypheonix.com). 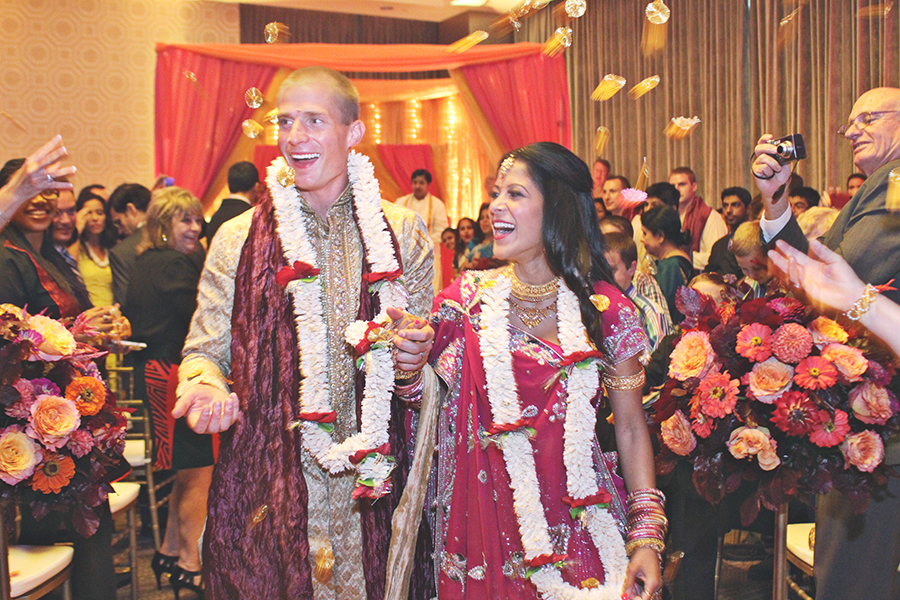 ON THE BRIDE
Freya got to wear not just one, but three outfits on her wedding day. For the Catholic ceremony, she donned a lace off-the-shoulder gown with a sheer lace back by Casablanca from One Enchanted Evening (11269 Perry Highway, Wexford; 724/934-4330, oneenchantedeveningonline.com). For the Hindu service, she changed into a traditional bright-pink lehenga dress from India. Finally, for the reception, Freya wore a more modern Indian outfit with elaborate beading, crystals and sheer panels from Sahil (saahilexclusive.com).

As Freya altered her ensemble, her bridesmaids changed along with her, wearing beaded Indian outfits for the Hindu ceremony and hot-pink dresses for the Catholic ceremony and reception.

HAIR AND MAKEUP
The folks at Capristo Hair Salon (5850 Ellsworth Ave., Shadyside; 412/361-8722, capristosalon.com), along with makeup artist Jana Ohler, gave Freya a different look for each part of her big day.

ON THE GROOM
Steven wore a tuxedo from Men’s Wearhouse (menswearhouse.com), and later changed into a gold Indian sherwani with a purple scarf. Following the bridesmaids’ lead, the groomsmen sported different ensembles as well, changing from traditional tuxedos into cream sherwani. 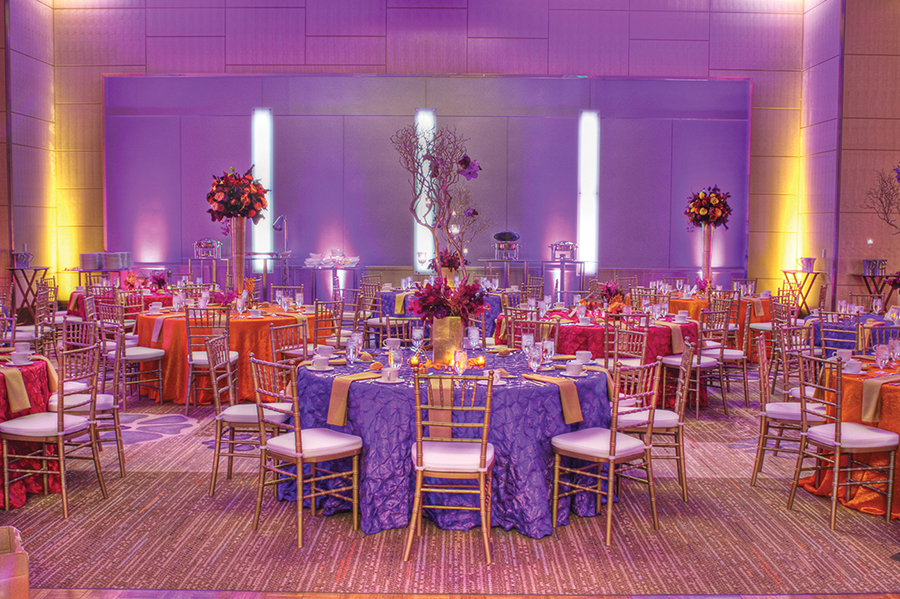 RECEPTION
The two separate ceremonies were followed by a regal reception that combined both cultures. After trying various appetizers (such as tandoori shrimp and mini crab cakes with jalapeno and pineapple mayonnaise), guests settled at brightly decorated tables marked with custom numbers by Tabitha McGarvey (hellobeautifuldesigns.com). At dinner, there were pierogi and pulled-pork serving stations, along with chicken tikka masala and lamb roganosh. After dinner, guests sipped signature drinks designed by the bride and groom and took pictures in a personalized photo booth (Shutterbooth: 724/203-4065, shutterbooth.com/Pittsburgh). 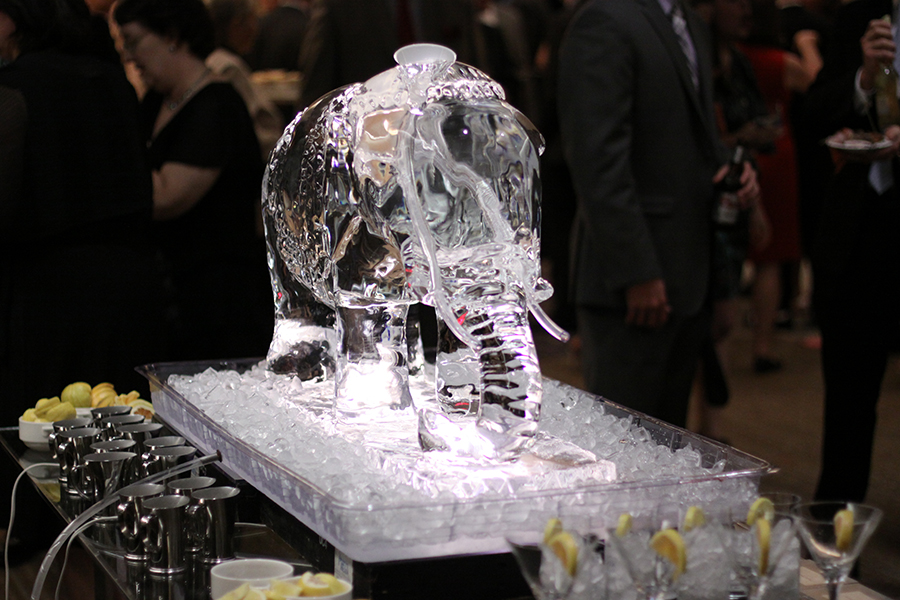 COORDINATOR
Freya would highly recommend her wedding coordinator, Shari Zatman of Perfectly Planned by Shari (412/901-0082; perfectlyplannedbyshari.com). Not only did Shari help the bride to arrange all the logistics of her big day, but she also made sure that Freya was personally introduced to all of her vendors well before the wedding, allowing the bride to breathe much easier on the day she said "I do!" 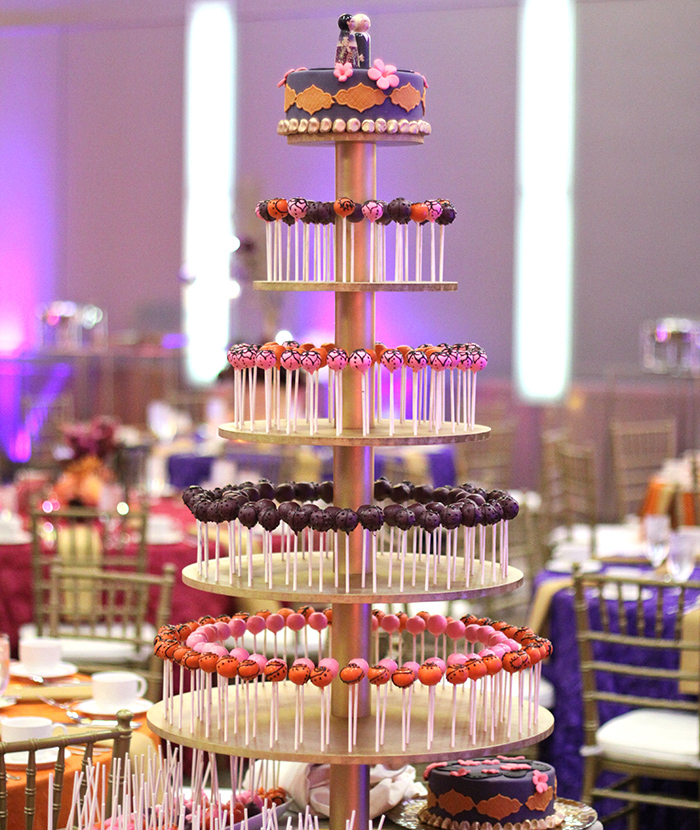