Before he had his own army, before he had his own car, Franco Harris used to take public transportation to work like the average Joe. In 1972, as a rookie on a Steelers team that hadn’t posted a winning record in eight seasons, Harris didn’t have to worry about signing many autographs on the bumpy ride to Three Rivers Stadium.

“I used to take the bus and even hitch a ride home after practice,” Harris laughs. “Half way into the season, people really started to recognize me.”

While today the nine-time Pro Bowler’s place in history may seem predestined, back then black-and-gold were the colors of the inglorious. When the Steelers opened the 1972 season against the heavily-favored Raiders on September 17—the same night “M*A*S*H*” premiered on NBC—Harris was a relatively anonymous public commuter. Just three months later, the Steelers made their first playoff appearance since the Truman administration, and Harris was on the receiving end of an Immaculate catch that would prove to be the start of dynasty.

He finally got some wheels, too.

“Later on in the year, a dealership gave me a car to use,” he says. “Then I won Rookie of the Year and won an American Motors Javelin.”

Pittsburgh magazine recently talked with Franco, now 62, to talk about life after football, the rival Raiders and the worst poker player on the ’70s Steelers.

Do you ever run into former Raiders and argue with them about the Immaculate Reception?

Yeah, me and [former Raiders linebacker] Phil Villapiano still go at it every now and then. For years, Phil kept telling people that I was loafing on the play and I got lucky. So I saw him about a month ago and I finally said, “Phil, look, you say I was loafing, right? Well, when Bradshaw was scrambling and I released out of the backfield, me and you were side by side, but guess who got to the ball first? So who was loafing, Phil?” He didn’t know what to say. We’ll quiet the rest of the Raiders in time.

Every time you fly in to Pittsburgh, you get to see your Immaculate Reception statue at the entrance to the terminals. That must be a special welcome home.

Oh yeah, no doubt about it. Someone told me that when the Raiders came to town recently, some of the Raiders fans were trying to knock the ball out of my hands. They still can’t do it after all these years.

I’ve got a great April Fool’s joke for you: Send Raiders owner Al Davis a note that says, “Hey Al, just between you and me … I didn’t catch it.”

[Laughing] I don’t know if I’d do it right now with the condition he’s in. 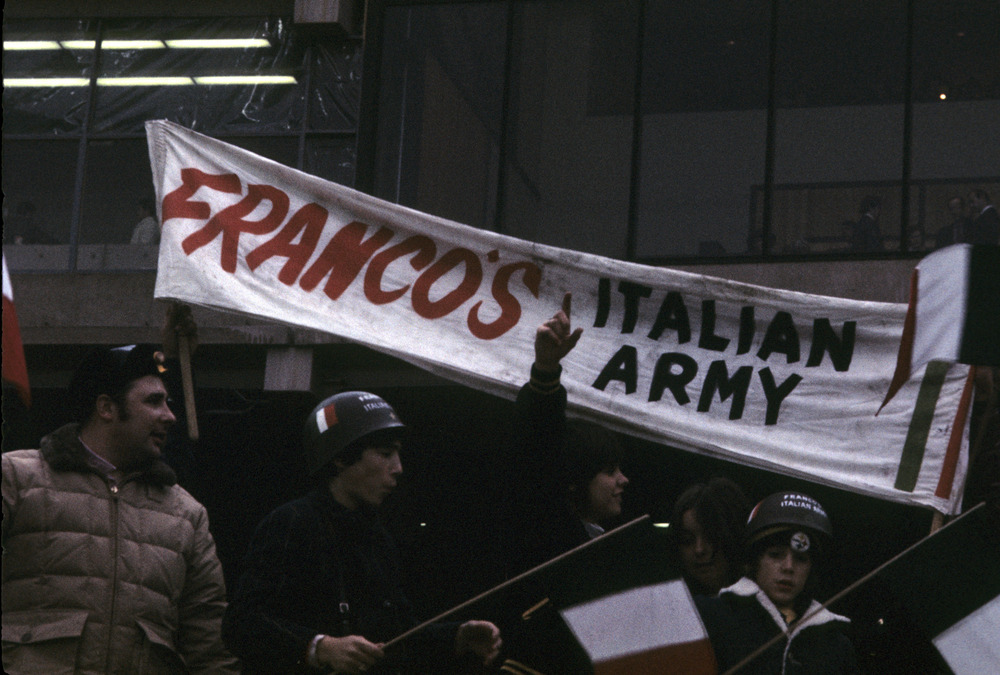 What are your fondest off-the-field memories from your playing days?

The Tuesday night poker games at my house with Lynn Swann, Joe Greene, “Moon” Mullens and all the guys.

Who was the best poker player?

Me, of course! But Frenchy Fuqua was probably the funniest guy at the table.

Who got hustled the most?

Probably Swann. Man, wait until he reads that! If you can imagine this, we only played for a dollar and two dollars. No car keys being thrown into the pot back then.

You worked at a restaurant in the summer during your time at Penn State. What do you make of the current scandals involving college players taking money from boosters and agents?

Well, the players are not allowed to take a part-time job during the season, and what happens if they’re from a family that can’t afford to send them money? When I was in school, my parents didn’t send me one dollar. After a game you can’t even go out and buy a pizza? I think it really puts the athlete at a disadvantage and in a position where bad things can happen … Did I scalp tickets [as a college player]? Yeah, but all the players were doing it. Coach Paterno helped to keep us in line, and hey, I graduated in four years. I’ll always be proud of that. 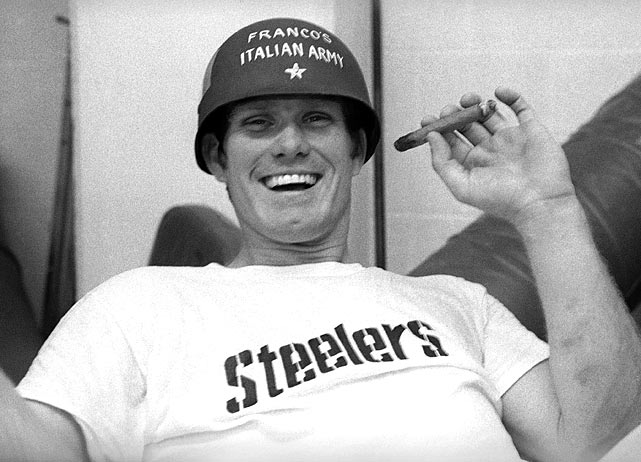 You recently became part owner of the Pittsburgh Passion, the full-contact women’s football team. What drew you to the Passion?

When I heard about the Passion a few years ago, it was intriguing to me because people always said that football is one sport that women will never play. So I went to watch a game and I was like, “Wow. This is a lot better football than I imagined.” I became a big fan. The players are housewives, accountants, nurses, teachers, all practicing at night after work. It kind of makes you think of stories from the old NFL.

"It was a rude awakening to a lot of people to see that happen to Iron Mike."

Several current Steelers have expressed concern about head injuries affecting their life after football. Are you worried about long-term effects from your career?

Well, the average life expectancy of an NFL player today is 54 years old. There’s a major concern about the effect of concussions and damage to the brain. One thing that always comes to mind is Mike Webster. Mike was a beautiful person—just a great guy. To see him deteriorate like that … it was physical damage to his brain that was beyond his control. It was a rude awaking to a lot of people to see that happen to “Iron Mike,” as tough as he was.

Can the league do anything to make the game safer, or is it impossible?

During my time, they changed the rules on chop blocking—hitting below the waist—and that helped a lot of guys with their knees. Players say they know the risk and they’re always going to say, “I wouldn’t change anything,” because they think of all the good times and they forget about the pain. But my feeling is that if you can find ways to prevent long-lasting injuries that effect quality of life in a big way, that would be better for everybody.

Do you ever wish you had played in the modern era and got the paychecks these guys are making today?

No way would I change what we had. In that one decade, the Steelers went from the worst of all time to what people now regard as the best team of all time. That time was wild. You had fan armies popping up all over the place: Franco’s Army. Gerela’s Gorillas. The Dobre Shunkas. It set a whole new level for fan participation. That ’70s run was priceless.

This article appears in the March 2011 issue of Pittsburgh Magazine.
Categories: From the Magazine