Pretend you're in the Great Hall at Hogwart's, gulp down a firewhisky or just stash a bunch of treats in your cloak before heading to the theater. 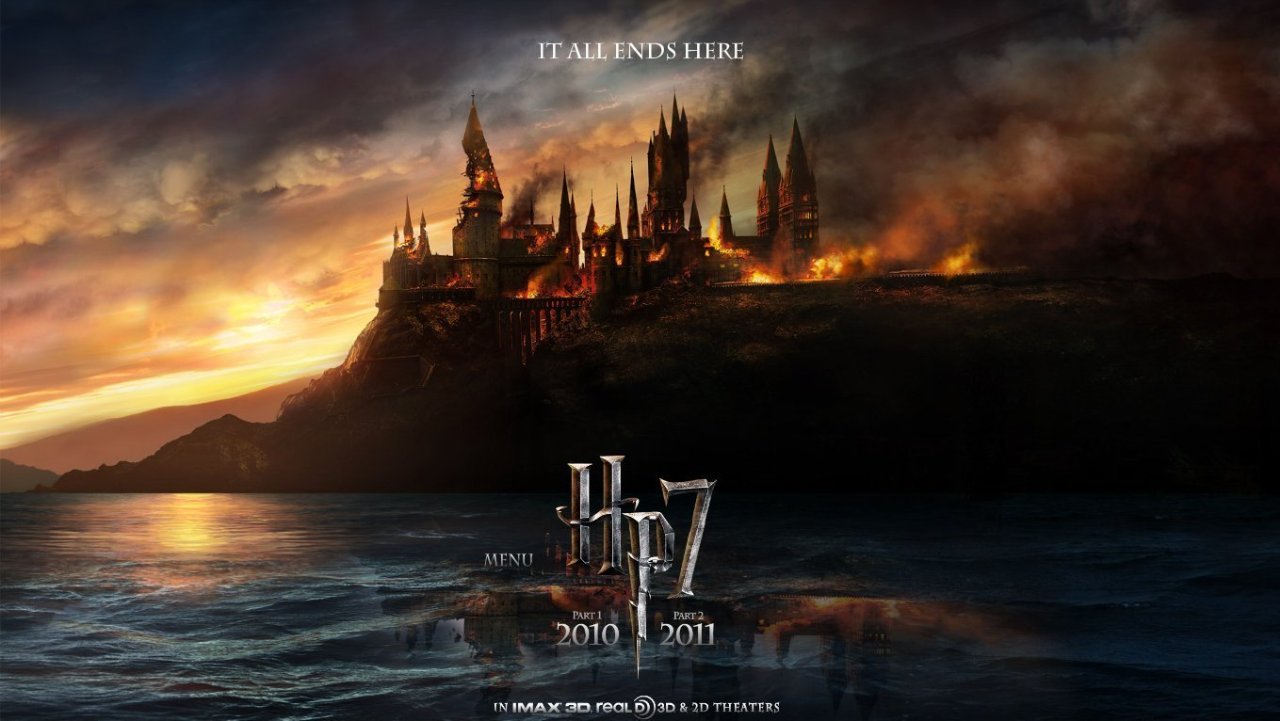 I am aware of wizards and a school of some sort. I believe hockey is played in the sky. I understand that the things that happen are generally pretty British sounding. I once was given a box of Harry Potter jelly beans, and there were some unpleasant surprises within. That’s about all I can tell you.

The final film adaptation of a Potter book, Harry Potter and the Deathly Hallows: Part 2, is due out this week, and according to absolutely everyone everywhere, that’s a big deal. I’ll actually have attended a critics’ screening by the time you read this, so presumably I will soon learn more. Or maybe not, as I’ve already attended such events for the past two films and retain virtually no knowledge of the Potterverse (Harrysphere? Eh, whatever.).

My highly refined notes from this screening will most likely read “Wait, what?” and “Who’s that guy?” ad infinitum, and my forthcoming review (Friday morning on 102.5 WDVE-FM, if I may plug), will almost certainly be along the lines of, “This looked cool. I don’t know what’s going on. You’re probably going to see it no matter what I say.”

What I’m driving at is that I’m not exactly a Potter expert. I am, however, versed in places to eat and drink. So, I asked my assembled Twitter and Facebook pals to fill me in on what the film’s characters tend to consume so that I can recommend some food and beverage pairings for your inevitable trip to the multiplex this weekend.

Aside from various references to the aforementioned unpleasant jellybeans, the rapid (and rabid) response from Potter fans made a few things clear. Many were quick to mention that many characters eat quite a bit, and local comedian Eric Donaldson clarified that the characters frequently consume “big feasts of meat and potatoes.” He was also kind enough to link me to a staggeringly long listing of every mention of a consumable in the entire series. So the internet does have everything.

In any case, many of the traditional English dishes on that list reminded me of the excellent British Isles grub available at Monterey Pub or Piper’s Pub. Both would be fine pre-Potter choices; however, whenever I think “big feasts of meat and potatoes,” I think Hofbrauhaus. True, the cuisine there is German rather than British, but for ordering a gigantic plate full of sausage and pork, it’s the clear choice. And it’s so close to the SouthSide Works Cinemas that you’ll still be able to stumble over in time for your showing—even if you order the gigantic Schmankerlplatte (and for the love of god, split that between at least two people). Eat in the Bier Hall, and you can pretend you’re in the Great Hall at Hogwart’s!

Plenty of others made mention of a fictional beverage known as Butterbeer, a low-alcohol beer that apparently tastes vaguely of Butterscotch. No microbreweries that I know of have attempted to capitalize on PotterMania by actually brewing such a thing (although Universal Studios Orlando did make a mint selling an alcohol-free variety). To approximate the right idea, head out to Bocktown Beer and Grill in Robinson Township. Their infusions may not involve butterscotch, but something suitably fanciful will certainly be on the list. And, again, you’ll be close to a screening; the ornate new Cinemark Robinson Township and XD is just a few miles down the parkway.

Aside from the vomit-inducing (and, apparently, -flavored) jellybeans, various sweet tweets were frequently mentioned by my Facebook and Twitter followers. While there are a great many fine places to select confections in the ‘Burgh, now is a fine time to revisit S&S Candy and Cigar Co. in South Side. The Carson Street institution was the unfortunate victim of a bizarre partial collapse over the winter, but they’ve rebuilt and are thriving once again. It’s a perfect place to stop on your way to the show, being that movie theaters have not yet installed full-body scanning devices to ferret out any sweets you’ve stashed in your purse, pockets, backpack or wherever else you shove such things. Pick a few treats to take to the movie—or a suitable-for-vending, jumbo-sized container of the same if you’ve got a brood of Potter-crazed children to attend to.

Finally, a few pointed out that many of the older wizards in the books enjoyed drinks of something called firewhisky. Whatever that is, I guarantee they have it at Embury. And from what I can recall from the Potter films I’ve seen, the darkened, cozy, library-like feel of Embury fits quite nicely into the calmer moments enjoyed by Harry and friends. It’s also a great place to go anytime. After the film, weep and mourn the permanent end to new Potter content here, and console yourself with a firewhisky that’ll make you forget your troubles.

And remember, the Hunger Games movies start coming out next year.