Four Soldiers from McKeesport Carried Lincoln at the End

A quartet of local soldiers played a role in Lincoln’s final hours. 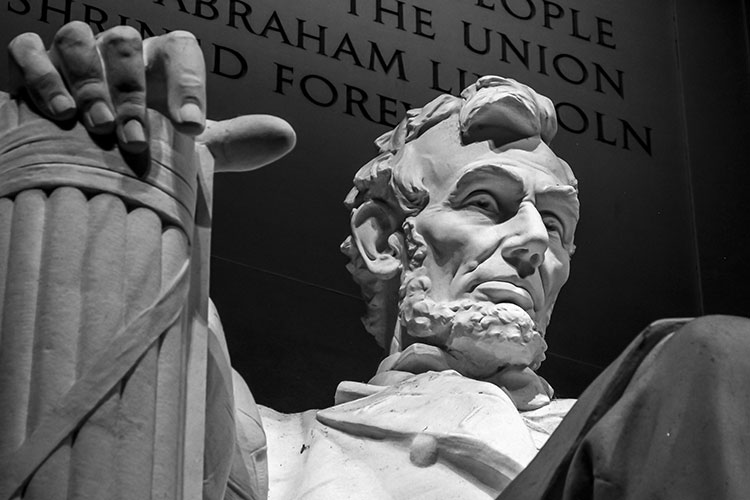 We all know the scene.

April 14, 1865. It was a Friday night — actually Good Friday, that year. It was five days after Confederate Gen. Robert E. Lee surrendered to Ulysses S. Grant at Appomattox. President Abraham Lincoln and his wife, Mary Todd, were at Ford’s Theatre on 10th Street in Washington, D.C., watching a popular comedy, “Our American Cousin.” Around 10:15 p.m., an actor named John Wilkes Booth (who had sided with the Confederate cause) snuck into the small, balcony-like box where the president was sitting, shot him behind the ear with a small derringer pistol and escaped by jumping onto the stage and exiting the theater.

Lincoln did not die immediately. Right after the shooting, a 23-year-old doctor named Charles Leale came from the audience to the president’s side; four young soldiers seated in the first balcony, not far from the president, rushed to offer assistance. The soldiers were members of Battery C, the Independent Pennsylvania Light Artillery, stationed at nearby Camp Barry — and all four were from Allegheny County. They had enlisted in February 1864 in Pittsburgh; that evening, they had walked about an hour to see the play. It had been publicized that Lincoln would be there.

The four soldiers, all from the McKeesport area, might have remained anonymous to history. In 1931, however, a writer from Uniontown named Earl T. Chamberlin heard that a Civil War veteran in North Versailles, one Jacob J. Soles, claimed to have aided the president. Soles had been just 19 years old in 1865, but he remembered: “We four fellows carried him to the stairway in the theatre, then two others fell in and helped carry him. As we carried him out of the theatre, he was carried out flat, with his feet foremost; I was down at his feet with one of the fellows, and two men at his head, and the middle of him was sagging until the two others took him in the middle and we six carried him out.”

They weren’t sure where they would take him. Dr. Leale didn’t think Lincoln would survive a seven-block trip back to the White House. Soles recalled several minutes of uncertainty and confusion before they headed for a boarding house across the street: “A young man directed us to the house, a young man that was not in soldier’s clothes; he told us to take him to the brick house. We put him in a room on the first floor; we went back through a long hallway to about the middle of the building. There was a bed in that room and we laid him on the bed.”

The soldiers weren’t allowed to stay. Soles explained: “When we took him into the room we had to get out.” So they went back out to 10th Street. “The street was jammed,” said Soles. “We waited around until the doctors came out and said it was fatal and then we pulled for camp.”

Chamberlin wrote up his interview with Soles and checked all of the facts; everything was legit. The story was printed in The New York Times on Feb. 8, 1931. The other three soldiers were: Jabez Griffiths, who went on to be a riverboat captain after the war; John Corey, who drowned in 1884 after falling off a coal barge; and William Sample, who died in 1898 from burns he received in a steel mill accident. They were four local guys who happened into history because they carried their wounded commander-in-chief to what would be his deathbed.

The four soldiers were honorably discharged when Battery C was mustered out of service on June 30, 1866.

This article appears in the May 2018 issue of Pittsburgh Magazine.
Categories: Rick Sebak