Think you have the guts to make it through these chilling scarehouses? 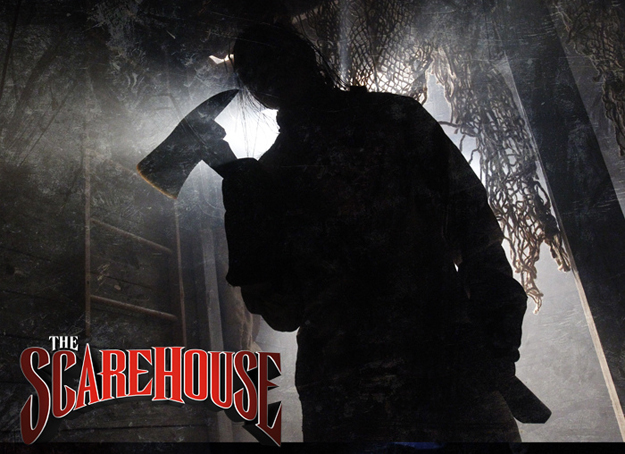 This week’s edition of After Dark is a big one for me. If the lack of Pirates baseball on my calendar is any indication, it appears to be October; that means I can now justify rambling about haunted houses to anyone and everyone who will listen for the next month or so.

Not real haunted houses, which you may have noticed me going on about in the October issue's "Bizarre Pittsburgh" feature. I'm talking Halloween attractions. Spookhouses. “Haunts.”

I am legitimately obsessed with these curious bits of Americana, if only for how weird and unique they are. At what other point during the year does someone build a gigantic, horrifying movie set, hire a bunch of teenagers to act like deformed mutants or whatever, and let you wander around it, scaring yourself silly? It’s an utterly unparalleled experience. No one erects giant indoor recreations of the Continental Congress at the 4th of July. There aren’t gaudily decorated leprechaun hunts built in disused barns each St. Patrick’s Day.

Even though that would be a fine idea.

We are blessed with a laundry list of fine Halloween activities in the Pittsburgh area, and we’re within driving distance of a couple more great ones. Here are my endorsements, and please, don’t just pick one. Pick all of them. What else were you doing this month?

By the way, none of these houses are recommended for kids under 13 years of age. Find a nice hayride for the little ones.

Hundred Acres Manor
One of two haunts I mentioned in the Bizarre Pittsburgh article, Hundred Acres Manor is a terrifying labor of love. Designed and built year-round by a mostly volunteer staff, this sprawling collection of shocking scenes and disorienting funhouse rooms and mazes is a charitable endeavor. The proceeds from the haunt—as well as the attached snack stand, so grab some grub—are split between the Homeless Children’s Education Fund and Animal Friends. So you can feel good about your trip, when you’re not feeling disturbed. Hundred Acres Manor has always pushed the envelopes with gruesome set pieces, fully realized sets made to poke at your phobias—like an area just for demented clowns, and another dedicated to medical horrors—and a number of claustrophobic special effects that will have you questioning whether you’ll ever make it out. And with a nearly one-hour journey from beginning to end, it’s provides the best bang for your buck in the area. Always my favorite.

Kennywood Phantom Fright Nights
For those who favor quantity, the largest Halloween extravaganza in the area can be found at Kennywood. The park reopens for a few dates in November with most rides, including all roller coasters, running in total darkness, food stands raring to go, games at full swing, and the entire park decked out for the spooky season (including costumed creeps trying to scare you throughout the park, so there’s never a moment’s peace.) And then there’s a quartet of haunted houses, including the atmospheric “Voodoo Bayou,” where you’ll walk through the drained course of the Raging Rapids, and the all-new “Biofear.” A great time for everyone, and if you have teenagers, turn ‘em loose—they’ll thank you until Christmas.

The ScareHouse
The most hotly lauded Haunt in the ‘Burgh is the other that I mentioned in the Bizarre Pittsburgh feature. Like Hundred Acres Manor, it’s under construction year-round; unlike all others in the area, it actually uses paid actors as performers, so your interaction with the ghouls within will be a bit more advanced. Unfortunately, it remains a bit shorter than I’d like (under half an hour, the last time I went). For those reasons, up the ante and wait until November, when the ScareHouse switches to its “Turn the Lights Out” incarnation. All lights will, obviously, be out within the house, and you’ll have only a small glowstick—which will likely be stolen from you a few times—to light your way. It’s ten times more terrifying than the house with the lights on, and the fact that you have to sign a waiver on the way in adds a real element of danger. They’re only opening with the lights out for two nights this year, so get your tickets now.

Road Trip: Halloween Park
This one-of-a-kind attraction in York Haven, PA (near Harrisburg) is a yearly pilgrimage for me. Billed as the only interactive haunted house in the world, Halloween Park’s main attraction is an old mill turned into an imaginative and detailed spookhouse…with a notable twist. You and your companions must solve the secret of each room to move on to the next. There will be clues hidden about, and something must be opened, discovered, moved, chanted, or otherwise disturbed for you to advance. It’s the closest thing to a real haunted adventure you’re likely to get this, or any Halloween. They’ve expanded their offerings to include a few more attractions this year, but the main event is worth the drive on its own. Stay the night and grab breakfast at delicious nearby sugar-haven Maple Donuts the next morning.