Pittsburgh has been overtaken by the cast and crew of The Dark Knight Rises. 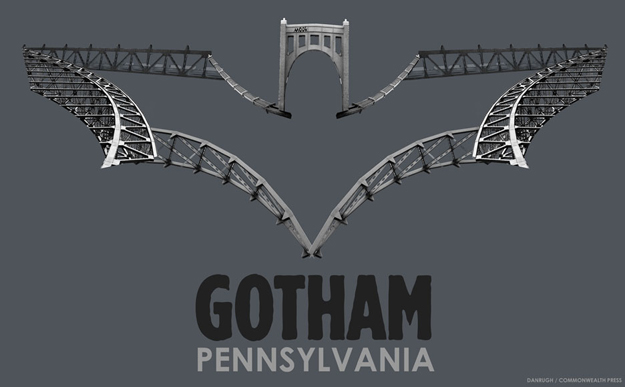 From the thousands who turned up at casting calls to the persistent (false) rumors that director Christopher Nolan and his team are planning to blow up the Civic Arena during filming, Allegheny County has been gripped with a serious case of Bat Fever.

Since none of us can actually see the new Batman film until next July, there’s no cure in sight; however, there is a healthy way to express your Batmania and explore our fair city: a spirited night of bat hunting! News of cast sightings will likely dominate most local Twitter feeds this month, but if you want to track down the caped crusader (played by Christian Bale), you’ll have to be prepared.

To aid your hunt, Pittsburgh magazine chatted with Jeff Bigley, a Batman expert and owner of Arkham Gift Shoppe, a comic-book store in Allison Park. Based on his extensive knowledge of the comics and films, we were able to pick out a few likely spots for you to find Bale and company.

Allegheny County Courthouse and Jail
The namesake of Arkham Gift Shoppe is Gotham’s notorious Arkham Asylum. The old downtown prison is from the same era, and the Pittsburgh Film Office has made no secret of the fact that Pittsburgh’s architecture drew Nolan to the city. Furthermore, Bane, a villain who will be played by Tom Hardy in the last film of Nolan’s trilogy, freed all of Arkham’s inmates in the comics. “It looks like the jail and courthouse could fit into Gotham City,” Bigley says. “The casting called for thugs and cops—that might be for a riot in the streets.”

Heinz Field
The home of the Pittsburgh Steelers is a confirmed shooting location, and rumors of a Gotham football team appearing in the film have surfaced. Bigley speculates that a crowded stadium could be an ideal place for one of the film’s maniacal bad guys to attack. “What better way to gather together 60,000 people? In the casting call, they did ask for sports fans,” he points out.

Cultural District
“Gotham tends to morph into what it needs to be,” says Bigley. And, he adds, Pittsburgh probably won’t be identifiable to an outsider: In the first two films, Nolan and his crew were careful to keep Gotham looking like Gotham and not previous filming locales (England and Chicago). “The theater district could make Pittsburgh look like a bigger city, though,” Bigley adds. “Gotham City has a population of eight to 10 million.”

Hill District, North Side and Mount Washington
Anne Hathaway will play Catwoman in The Dark Knight Rises. According to Bigley, the most likely backstory for her character would be a working-class girl turned cat burglar. Her neighborhood, then, may well be a blue-collar area with a view of downtown, like Mount Washington, the Hill District or North Side. Don’t assume Bale and Hathaway will be brawling in the streets, though. “She may actually play more as an ally to Batman,” Bigley says. “She’s never really been an evil character.”

UPDATE
Since we went to print with our speculations on the whereabouts of the Caped Crusader, cast and crew have invaded Pittsb- er, Gotham City!

The impending superhero influx was welcomed on Wednesday night, July 27, when a laser-outlined Bat Signal appeared surreptitiously on the wall of Fifth Avenue Place, creating a striking effect to visitors entering downtown via the Fort Pitt Bridge. From there, it was just a matter of waiting for the sightings to begin. 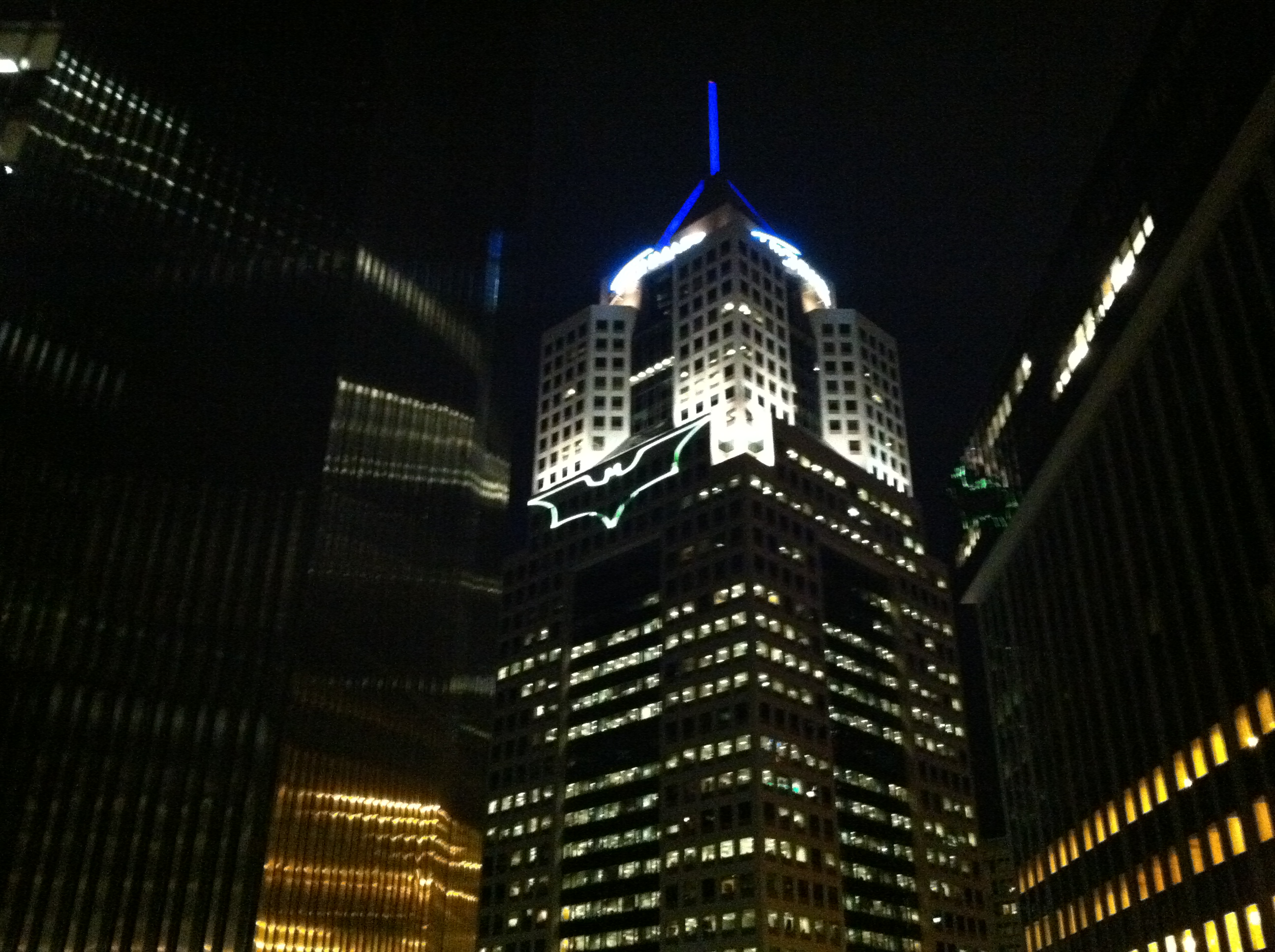 A long list of downtown street closures was announced last week, and almost all of the affected blocks are in the middle of the Golden Triangle—the better to mask Pittsburgh’s identity and take advantage of densely packed urban buildings, as Bigley alluded. Photos from a shooting location also surfaced in Lawrenceville, featuring cast members Gary Oldman and Marion Cotillard. And while Anne Hathaway, the franchise’s new Catwoman, has been spotted in Oakland, as of now, she hasn’t been seen in action. (Maybe Hathaway was just after some Pitt grub—she’s familiar with Pittsburgh, after all, having previously filmed Love and Other Drugs in town.)

Perhaps the biggest splash was made when photos of Batman (Christian Bale) brawling with villain Bane (Tom Hardy) in Oakland surfaced. Thugs and police officers can be seen brawling in the background; could it be that campus buildings at Pitt and CMU are actually filling in for Arkham Asylum, rather than the old Courthouse (as we speculated?) Perhaps…you can scour the web for potential spoilers if you like, or you could simply wait until the summer of 2012 to get all the info. And filming has just begun—Catwoman may show up at your door yet! If you’ve got any great stories about filming locations or encounters, let us know in the comments!

This article appears in the August 2011 issue of Pittsburgh Magazine.
Categories: Arts & Entertainment, From the Magazine