A visit to the Fort Pitt Museum gets to the heart of Pittsburgh’s Semiquincentennial. 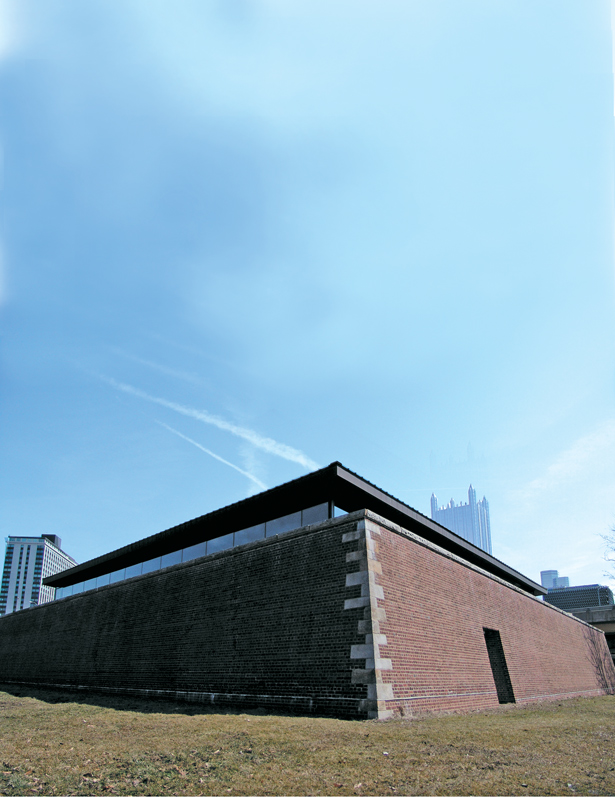 The best thing about a big anniversary or a commemorative year like the one we’re in the middle of now is that you might actually try to figure it out.  What is this the 250th anniversary of?  I didn’t know.  A year or so ago, I started paying attention and reading some of the history about this semiquincentennial.

And I figured out how to get into the Fort Pitt Museum this past winter when construction in Point Park made it difficult to find the museum’s front entrance.  Now visiting the museum is easy.  And there’s no better place to go to try to find out what life was like here in the wilderness of the late-1750s.

When you walk into the museum, right there in what they call William Pitt Memorial Hall, there’s a great model of the fort in its massive glory (it was estimated to be about 17 times as large as dinky old Fort Du Quesne) and the surrounding area where the village of Pittsburgh (sometimes called “Low Town”) was beginning to organize amid the mud and the boat-building yards.

This beautifully detailed model (1 inch = 10 feet) was built in the late-1960s by a South Side company called Holiday Displays expressly for this museum.   Funded by the always-beneficent Buhl Foundation, the construction of the model followed extremely careful research into every aspect of the fort’s history, and Charles Morse Stotz wrote a description of the model and some of the fort’s important characteristics, its ramparts, its bastions  and its seven buildings around the parade ground.  (You still can buy his pamphlet at the gift shop for 93 cents.)

I was surprised to learn how much of Fort Pitt was built of dirt.  It was a pentagon in shape, and three of the five sides were just carefully built mounds of earth.  The two eastern sides (facing what we’d now call downtown) were reinforced with locally baked bricks because the military folks thought any serious attack would come from that side.

When you stare at the model of the fort, you can also see how the Block House stood outside the walls, and how tiny a redoubt it really was.  It’s our oldest extant building in Western Pennsylvania, but it wasn’t built until 1764.  We can celebrate its semiquincentennial in 2014.

In fact, the British didn’t start building big old Fort Pitt until 1759, and it wasn’t finished until 1761, so this year we’re not celebrating the fort.

We’re actually observing the anniversary of Gen.  John Forbes’ arriving at the Point on Nov. 25, 1758, shortly after the French had just blown up and burned Fort Du Quesne and ran away. Forbes claimed all this territory for Great Britain, and he wrote a letter to William Pitt, who was then one of the king’s principal secretaries of state, informing Pitt that this place would henceforth be called “Pittsbourgh.”

That’s the biggest surprise of Pittsburgh 250 for me:  We were Pittsburgh before there was a Fort Pitt. I’d always assumed that the fort came first, but no, the place had a name before the British started to build anything.

And Gen. Forbes (who got a Field and an Avenue named for him) stayed here for only nine days. On Dec. 3, 1758, Forbes left the town he’d just named.  Terribly sick, he departed on a litter carried by his men, and he died that March 11, shortly after he got back to Philadelphia.  But he did what he came to do.  So let’s celebrate.

This article appears in the July 2008 issue of Pittsburgh Magazine.
Categories: Rick Sebak