A dedicated team brings the late Kennametal founder's home into the 21st century. 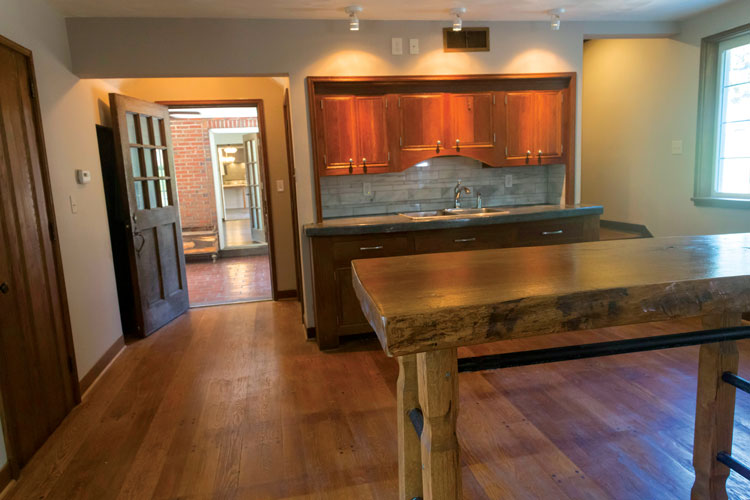 Dan Trobee believes Philip McKenna must have been a perfectionist.

The estate in Westmoreland County where the late Kennametal founder once lived with his family is a study in attention to detail, particularly when it comes to the home’s bones. Nearly 90 years after its construction, every doorway remains plumb. Hardwood floors appear to have been laid yesterday. An abundance of creative storage solutions ensures not one inch of space is wasted.

These characteristics drew contractor/designer Trobee of La Jolla Studios in Sewickley, his partner Mike Kemp of heating and air conditioning company Edward L. Kemp in McKeesport, and their team to the stately post-Victorian home on Dearborn Road in Unity Township. They began a full-fledged restoration of the property last fall.

“I’ve done many houses and have never seen anything like this,” says Trobee. “There’s no twist to the house. Every rafter is perfect; every floorboard is perfect.” 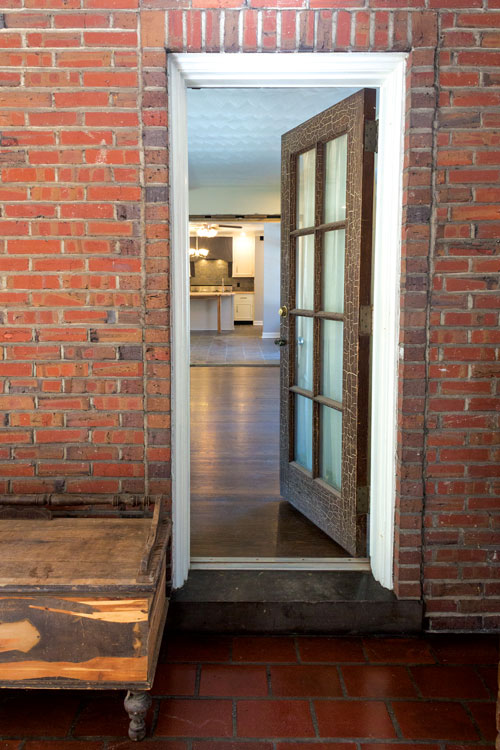 Kemp, who lives next door to the estate, purchased the building in 2015 after watching it on the market and realizing its vast potential. He, along with Trobee and company, is preserving as much of its original features as possible while adding new touches. Trobee says they’ll likely put it on the market this fall for $750,000.

The home had changed hands a few times since the McKenna family last lived there (McKenna died in 1969); according to blueprints, the original house was built in 1929. McKenna, an entrepreneur and metallurgist-inventor, was working for his uncle at the time before launching his own company in 1938. The family added an addition in 1941 after Kennametal landed its first big contract with the federal government, Trobee says. Situated on a level 4 acres across two lots, the house roughly is 6,000 square feet.

“As big as the house is, it has such a nice flow to it,” Trobee says. 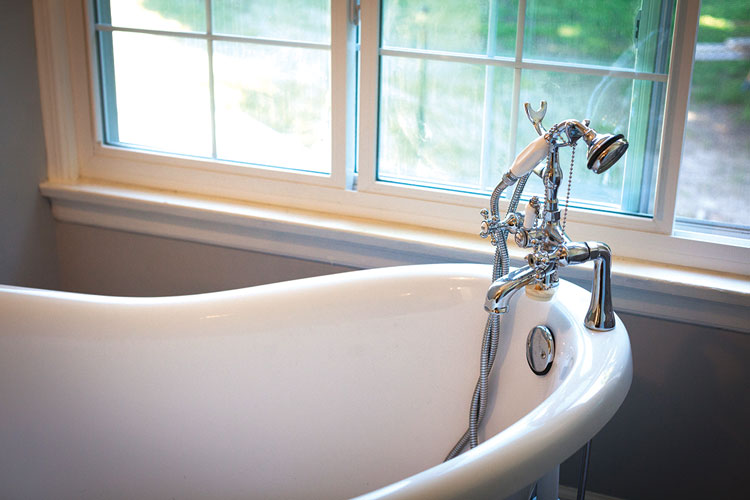 While age and wear required updating the windows, plumbing, electrical, water lines and HVAC system during this recent renovation, some of the more striking changes can be seen curbside. The home’s original brick still wraps around the first floor, while the second story’s wood siding was swapped for hardie, a plank siding with a reputation for being a maintenance-free, authentic-looking replacement for wood siding.

The team inspected every shingle of the slate roof, repairing or replacing broken pieces with purple and green-grey shades, indicating they originated in upstate New York or Vermont. They combed Craigslist ads to find the right color and size, ending up with 800 new pieces that glisten after rainfall.

The existing structure did not have a front porch, despite a sweeping front lawn that offers a perfect view. The team added one, as well as a new walkway welcoming visitors to the front door. 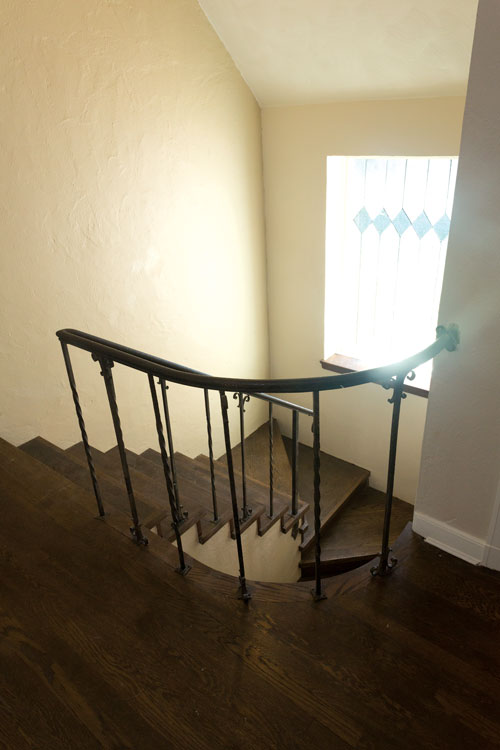 Inside, decorative details were sparse in the home’s simple rooms, so Trobee sought places to create character, such as the addition of crown molding and window trim to a front-facing dining room. The solid-wood front door opens to a built-in bench seat Trobee made to create a more welcoming entryway. Other details, such as the wrought-iron staircase railing and original hardwood floors, remain as a testament to the home’s original construction.

A breakfast nook, called a nursery on the original blueprints, leads to the open kitchen where Trobee and his team crafted custom cabinetry as well as an appliance bar and island. Upstairs, the master bedroom’s windows overlook the property. 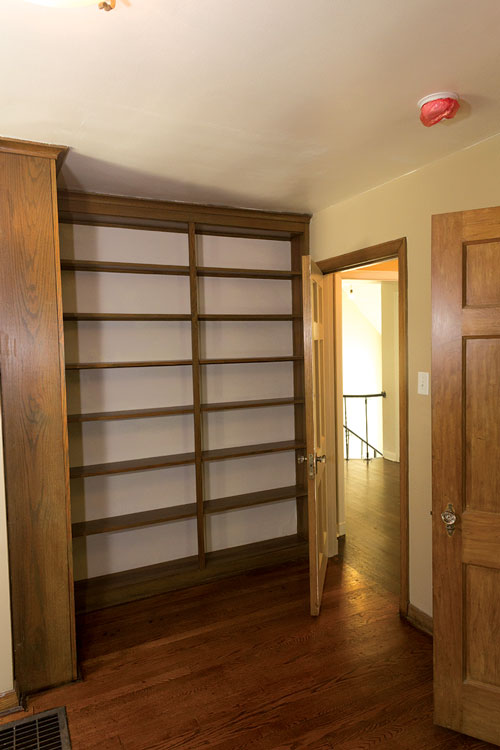 There is no shortage of storage throughout the home, as nearly every room or hallway features a wall unit of drawers of all sizes in addition to a deep closet. An abundance of windows throughout allows for plenty of natural light as well as a view of the Laurel Mountains.

The addition houses the massive living room — 20 by 40 feet — where a sprawling picture window stretches above a wormy chestnut bench. It’s bookended on both sides by floor-to-ceiling built-in shelves, echoing a feature found throughout the home. A peg floor of white oak and walnut is underfoot.

Back outside, a backyard pool remains, though Trobee says potential buyers will dictate whether it stays long-term. The large yard can be subdivided should future owners not desire such a large parcel, he says.

Even from the backyard, the original home and addition appear to have been built at the same time, yet another reminder of the intense attention to detail during their construction.

“It’s pretty flawless how it flows from one side to another,” Trobee says.