For You the Red Sky Shone

Exploring the role Pittsburgh played in the life of the quirky songwriter Loudon Wainwright III. 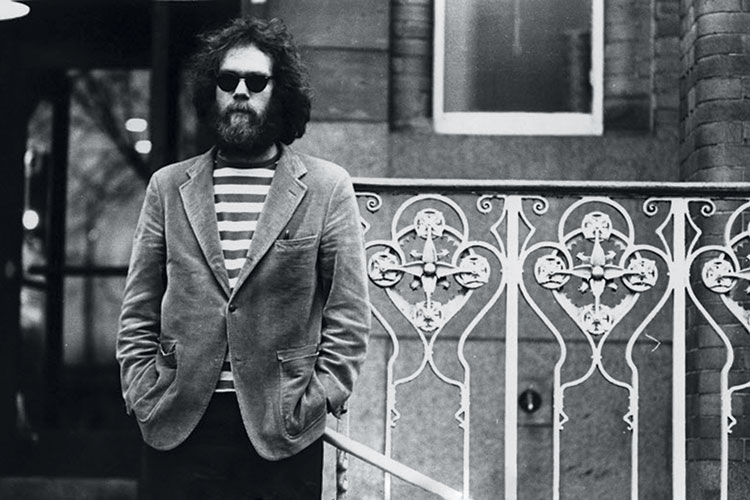 Offbeat, non-traditional Christmas songs can be wonderfully effective at shaking up holiday expectations — and they can be startlingly funny. One of my favorites is a carol from the 1990s, “Suddenly It’s Christmas,” by the great American singer-songwriter (and sometimes actor) Loudon Wainwright III.

In “Suddenly It’s Christmas,” he complains about “the longest holiday,” which (then and now) seems to start immediately after Halloween. The chorus exclaims, “It’s a season, it’s a marathon / Retail eternity / And it’s not over till it’s over / And you throw away the tree.” Wainwright, a staple of NPR radio, is perhaps most renowned for a goofy novelty song he wrote and performed in 1972, evocatively titled “Dead Skunk.”

I have been a fan of Wainwright’s work since the “Dead Skunk” days, although he now seems tired and wary of that unusual hit. I saw him perform twice at the old Rosebud club in the Strip, and again this past May when Calliope, the Pittsburgh Folk Music Society, brought him to Carnegie Lecture Hall in Oakland. He gave an intimate and beautiful concert, performing many of his oddly personal songs about family, weakness, aging and — most resonantly at this particular gig — places he has lived.

At that concert, Wainwright sang his early tune, “Ode to A Pittsburgh.” The song cleverly extols: “Pennsylvania’s western daughter / With your tubes of Liberty / Princess of pig iron slaughter / With your boyfriend, Carnegie.” He knows Pittsburgh well; in the fall of 1965, he came to Oakland to study acting at Carnegie Tech (now Carnegie Mellon University). He didn’t last long, but he writes about his year and a half in the city in his excellent new memoir, “Liner Notes: On Parents & Children, Exes & Excess, Death & Decay, & a Few of My Other Favorite Things.”

He explains, “I had been cloistered in boarding school, and going to Carnegie was a big change, an upheaval, really. Suddenly there were girls, wannabe beatniks, black kids, gay kids, and gay black kids.” He does list a few of his romantic conquests but also gets into a who’s-who of his illustrious fellow students: Steven Bochco (who would go on to create “Hill Street Blues” and “NYPD Blue”), Stephen Schwartz (the composer of “Pippin” and “Wicked”) and “the comedy original Albert Brooks, who was in the class below mine and at that time went under his given name of Albert Einstein.” His first dorm was Donner Hall, where one of his roommates practiced yoga in the nude; he later had a single room in Hamerschlag Hall, closer to Schenley Park.

In his book, he also mentions that his great-great-grandfather was “a Pittsburgh steel magnate” named Park Painter, who later built a mansion in Watch Hill, R.I. Park Painter’s father, Jacob Painter, was one of Pittsburgh’s first iron manufacturers; Carnegie Steel named one of its early factories, Painter’s Mill on the South Side, after the family. Park Painter also built an impressive mansion at 850 Ridge Ave. in Allegheny West.

This article appears in the December 2017 issue of Pittsburgh Magazine.
Categories: From the Magazine, Hot Reads, Rick Sebak