For the Pirates, Playoff Expectations are the New Normal

But is that a good thing?

PHOTOS BY DAVE ARRIGO, COURTESY OF THE PITTSBURGH PIRATES

For two decades, that opening sentence would be written more like, “Oh yeah . . . Pirates spring training is here (exasperated sigh).”

Rightly so. For 20 years, the Bucs carved away at the longest losing streak in Major American sports. As Pittsburgh’s other teams were busying themselves making the postseason and winning championships, the baseball team never seemed to deserve our attention in February.

But it’s a new day! Even though temperatures are hovering around Clint Barmes’ 2014 home-run total (I’ll save you the trip to Baseball-Reference — it’s zero), we all can have visions of pennant races dancing through our heads.

The Pirates are building on back-to-back playoff seasons, as weird as that is to write, and they are favorites to make the postseason again in 2015. That second part is significant; the Bucs no longer are just the cute lil’ surprise team crashing the playoff party. They’re the contenders, and other NL teams are looking to knock them down.

In past years, we deluded ourselves into believing we had a potential division contender. “Maybe if they get some quality starts from the rotation . . . or one of the prospects makes the leap . . . Pedro Alvarez has the potential to . . .”

We don’t have to play that game this year. This team is talented. 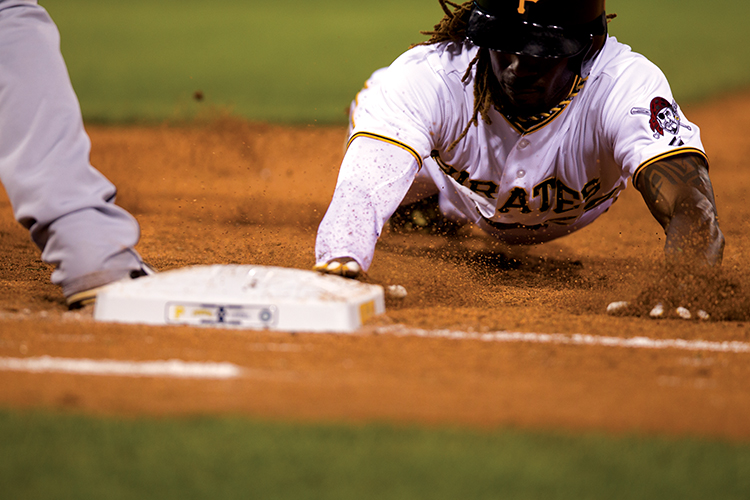 Andrew McCutchen is not simply “the MVP candidate” but genuinely the most-valuable position player in the National League. Starling Marte is an all-around plus outfielder, bewilderingly still underrated by much of the league. Neil Walker is a legitimate, strong cleanup hitter. Gerrit Cole looks ready to turn flashes of dominance into a true ace-level season. Josh Harrison, even if he doesn’t repeat his All-Star season at the plate, is a defensive dynamo.

If the Pirates win the NL Central, it will be thanks to the success of the role-players, too. Remember in the early 2000s, when the bullpen and bench were filled with Quad-A players, aging castoffs and your cousin Phil? This time around, general manager Neal Huntington has built his strongest roster yet, top-to-bottom.

Starting pitchers A.J. Burnett, Francisco Liriano and Charlie Morton paved the way for the 2013 Pirates to be baseball’s second-best run-prevention team and, oh yeah, to win 94 games. Multiple bats can come off the bench and change the game: lefty-masher Corey Hart, Korean star Jung-ho Kang and minor-league homer machine Andrew Lambo. And lest we forget, Mark Melancon and Tony Watson form one of the game’s best tandems at closing out games.

Admit it, you’re psyched for Opening Day, even if cruel weather overlord Punxsutawney Phil looks like he’s going to keep PNC Park covered in snow until May.

This is a strange new world of feelings for Pirates fans. For the first time since George H.W. Bush was in office and Right Said Fred was telling folks that he was too sexy for his shirt, we are right to expect the Buccos should play deep into October. 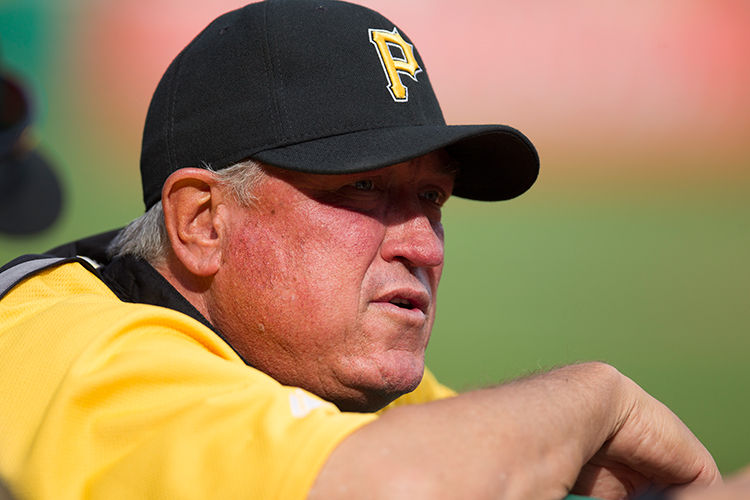 Grand expectations are not always a good thing. Over the last decade, the Penguins rocketed out of the Eastern Conference cellar and into eight straight playoff appearances and three division titles. But even with the consistent success, Pens fans sure don’t seem like a happy, grateful bunch, do they?

The Penguins have entered what I call the Steelers Fan Expectation Zone. You must win every game. You didn’t win? Something must be wrong! You didn’t win the championship? Gotta be someone around here we can fire. First-round playoff exit? What are we — Cincinnati?

I’m not telling you how to root for your team. You pay for a ticket or a cable package? You drink whatever you’d like, boo whomever you’d like, call every last player a bum. Fine by me.

I just find it all a tad silly to demand unmitigated success in a zero-sum game, to insist upon so many championship crowns when (if you’ll notice) they only give 1 away in a 30- or 32-team league.

Bring it back to the Pirates. Contrary to the cliché, winning does not cure all ills. Winning begets expectations of winning, which build and build until you too are in the Steelers Fan Expectation Zone.

So let’s all enjoy this wonderful time. We have high hopes for the Pirates, but we’re not all going to burn our caps if they don’t reach the World Series. For the first time in my life, we’re looking at the Cardinals and the Dodgers and thinking, “Our guys can take ‘em.” We get our season ticket invoices and don’t see the words “Priority for Postseason Tickets” as some cosmic joke. It’s fun to be a Pirates fan, and it ought to stay that way.

Play ball! Well, play ball in Bradenton. My glove is still frozen at the moment.