For Pittsburgh Native, Opera is a Laughing Matter

Opera star Kevin Glavin can make you laugh even while singing in a language you don’t understand. 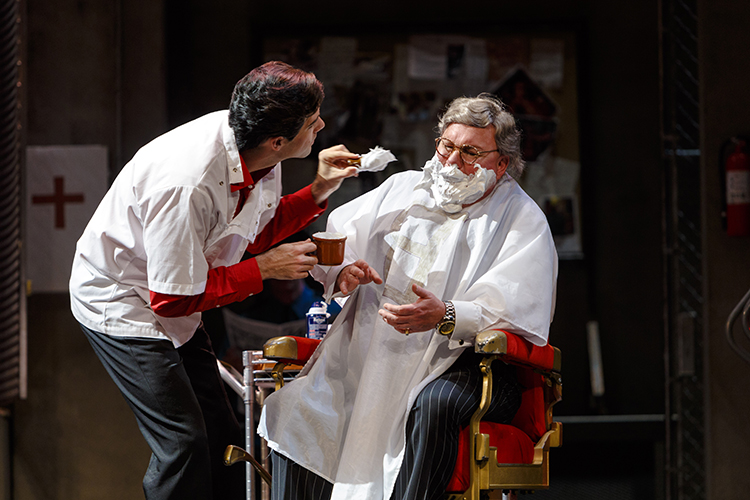 Kevin Glavin dreamt of Vegas, cigars and comedy. He found it on the opera stage. The Pittsburgh native now is a major opera singer, renowned for his work in ‘opera buffa,’ meaning comic operas. Glavin has appeared in operas all over the world, but he’s returning to the Pittsburgh stage beginning this weekend with a modern take on the classic opera buffa, “The Barber of Seville.” We talked to Glavin about his Pittsburgh roots and his upcoming role as Dr. Bartolo. 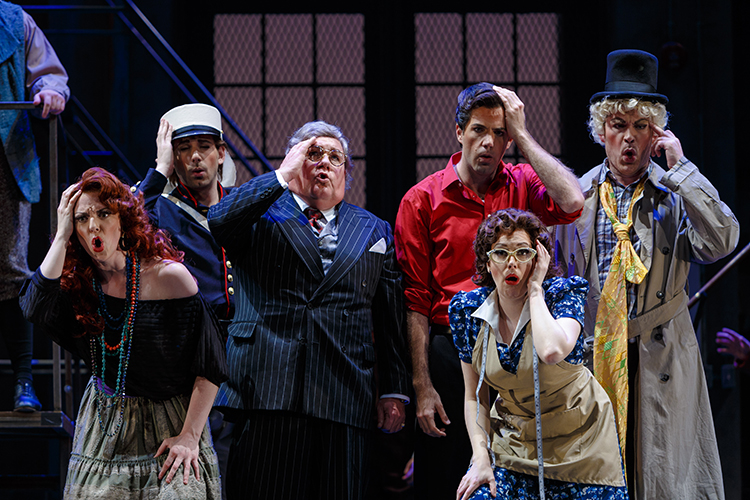 When did you decide to become an Opera singer?
I never did. Oh, I did! That’s right! (laughs) I started studying voice when I was 18. I was a soloist at North Hills High School back in ’78. The guy there told me to start studying voice because he thought I had a really good voice. I said “Well, yeah I’ll study it, but I want to go out to Vegas and be a part of The Rat Pack.” That’s the kind of music I liked: Sinatra, Dean Martin, Louis Prima and all that stuff. I really wanted to do that. Then I hooked up with Claudia Pinza. Her father was a famous opera singer Ezio Pinza way back in like the 30s. When I first told her what I wanted to do, she told me I had to sing opera. I didn’t even listen to opera. It was a very serious thing, and I thought, “I don’t know if I want to do that. I’m a comedian.” Then I found out I could do comedic opera; I didn’t have to do serious stuff. So I made a niche in the business as being a buffo character. The operas are opera buffa. So I started doing those shows, and I liked them. In my 20s, I really started enjoying operas, so that became my life’s work.

Was Pittsburgh in any way central to that decision or to the beginnings of your career?
Yes, Claudia Pinzo lived here in Bellevue, which is near where I lived in the North Hills, so it was easy for me to get to her. Then there was Tito Capobianco [artistic director] with Pittsburgh Opera. I joined the chorus, and they called me in to audition with him one day. Tito has a very thick accent. He’s Argentinian. I didn’t understand what he said, so I asked this guy there to explain it to me. The guy said he offered me a couple of small roles, but I was in the middle of doing this other show. So I canceled the [other] show. That’s when I made my start in the Pittsburgh Opera in 1985 in the role of The Jailer in “Tosca.”

How do you see comedy and theater working together in “The Barber of Seville”?
They’ve updated the show. It’s usually done in the 1800s period with big, white wigs. I have little knickers on with stockings. It’s very old-school comedy. But we’ve updated it into the 50s, I play a movie producers and I get to have cigars. He’s based on Louis B. Mayer. Everything in this opera that we’re doing is done on an MGM lot setting. It’s Hollywood and very glamorous. There’s also a lot of references to Bugs Bunny. So it lends itself to people now. They know this time period today. People are going to get the humor more. It’s more relevant to our time.

How many languages do you sing in?
I sing in many different languages. I made my debut at the Met in a Russian piece by [Dmitri] Shostakovich called “The Nose.” I sing in French, mostly Italian, some German. But I trained in Italian, so that’s the main one. I have a very good ear for languages. That’s very good for being a comedian because I can imitate other languages and people really think that I know what I’m talking about (laughs).

Opera is one of the oldest art forms and still highly respected. How have you seen it grow since you’ve started and where do you think it can go?
It’s morphing now. I consider myself one of the last of the Mohicans. I studied with the Lady Pinza who’s getting close to 90. She studied with people like her father who was a famous opera singer. I got to do a competition in 1988 with Luciano Pavarotti. I learned through Luciano that you can cross over. He did some shows with Sting and Billy Joel songs and things like that. He would call it Pavarotti and Friends. The thing that’s happening today, young opera singers have to be able to dance, act and also sing. What I’m noticing is a lot of the young singers are getting trained for opera and musical theater so it’s like a pop-era. I grew up with traditions of opera that were passed down for many years and now today, a lot of those traditions are being taken out and directors want to try new things. I’m trying to keep some of those traditions that we’ve had because if we don’t do that, then we’re gonna lose this great art form.

What can people expect when they come see “The Barber of Seville” with you as Bartolo?
They can expect to have a great time. I tell people all the time: “If you want to see an opera, your first one should be “The Barber of Seville.” … It’s a very funny show and very entertaining. This young cast that we have are all great singers and actors. Linda Brovsky, the director, really came up with a great idea for this show. It doesn’t get in the way of the music. People are going to hear great music. The orchestra is incredible, and the music is so lively and upbeat. It’s a great show for young people and old people.