For Erin and Levi, Pulling off Their Wedding Revamp Was a Family Feat

The Shetlers’ wedding reminds us that with family, nothing is impossible. 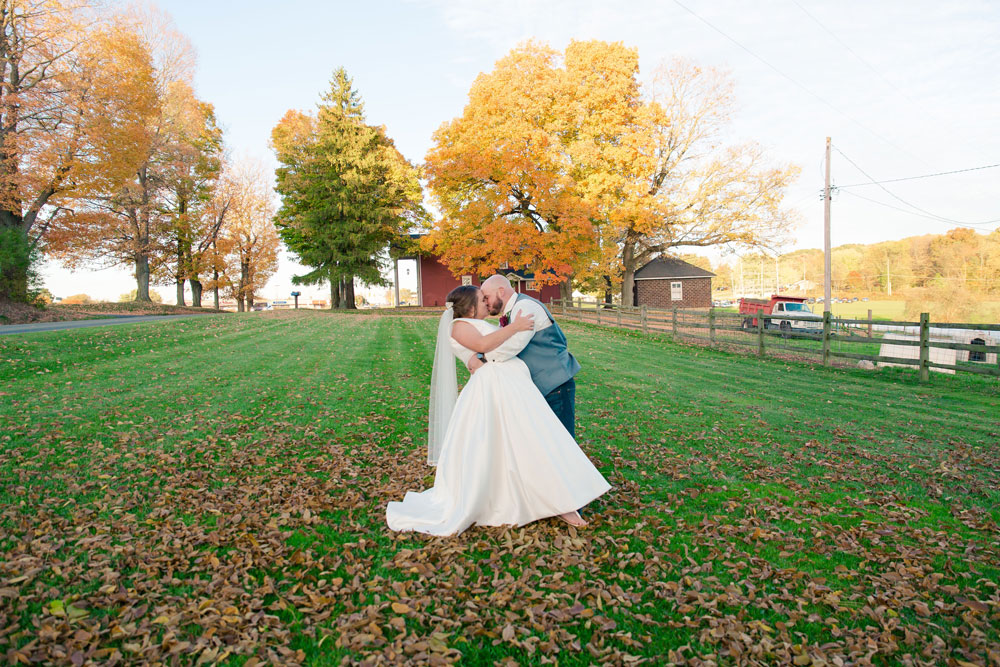 Who could plan, organize and design an entirely new wedding ceremony and reception in just under three months? Erin Burry and Levi Shetler found themselves asking this question when their wedding venue canceled their booking due to the coronavirus pandemic, and their families were the answer.

“The first of July was when we ordered the invitations, and the week that they came is the week that the venue canceled on us,” Erin says. “It was July 17, exactly three months before the wedding,” which was set for Oct. 17, 2020.

With so little time, it seemed impossible, but Erin and Levi’s families were determined to make it happen with or without a professional venue. Erin’s parents’ offered to host the wedding on their family farm in Ellwood City. 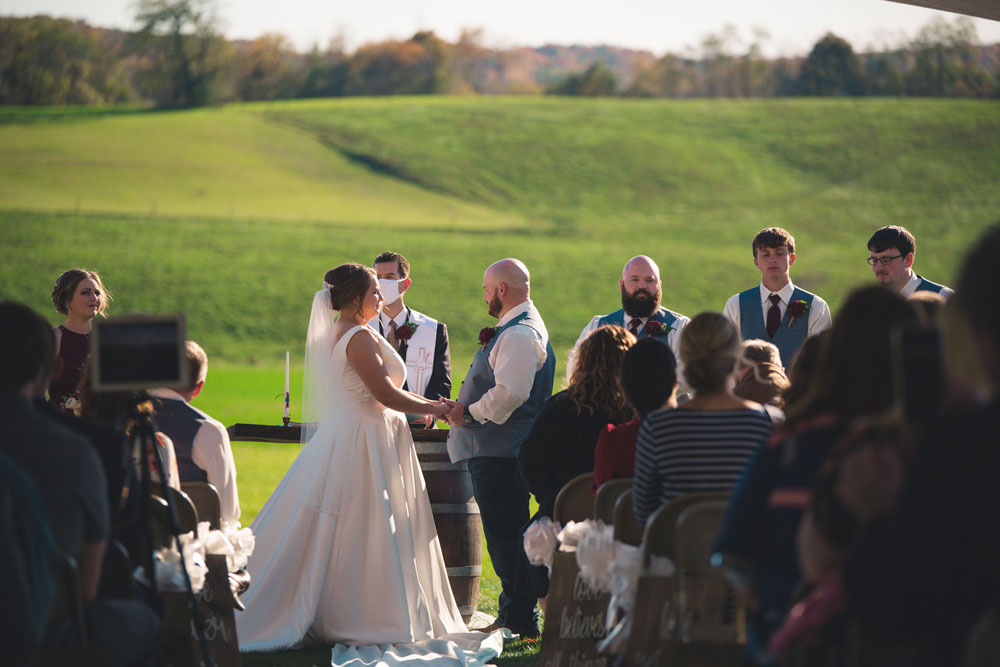 Erin grew up on the farm and took her engagement photos there, but she never expected her wedding to be held in the backyard. She knew it would take hours of preparation to get the location ready because they had to do almost everything themselves.

“We did the best that we could. … It was really hard,” Erin says. “We had to do all of the decorating. … It was just hard to try and figure things out. My parents’ backyard has a pool, and we had rabbits growing up and the rabbit shed is there still. So, we had to decorate around all of that.”

Their families were more than willing to lend a hand. In the weeks leading up to the wedding, they handmade decorations, built tents, arranged tables and set up chairs. 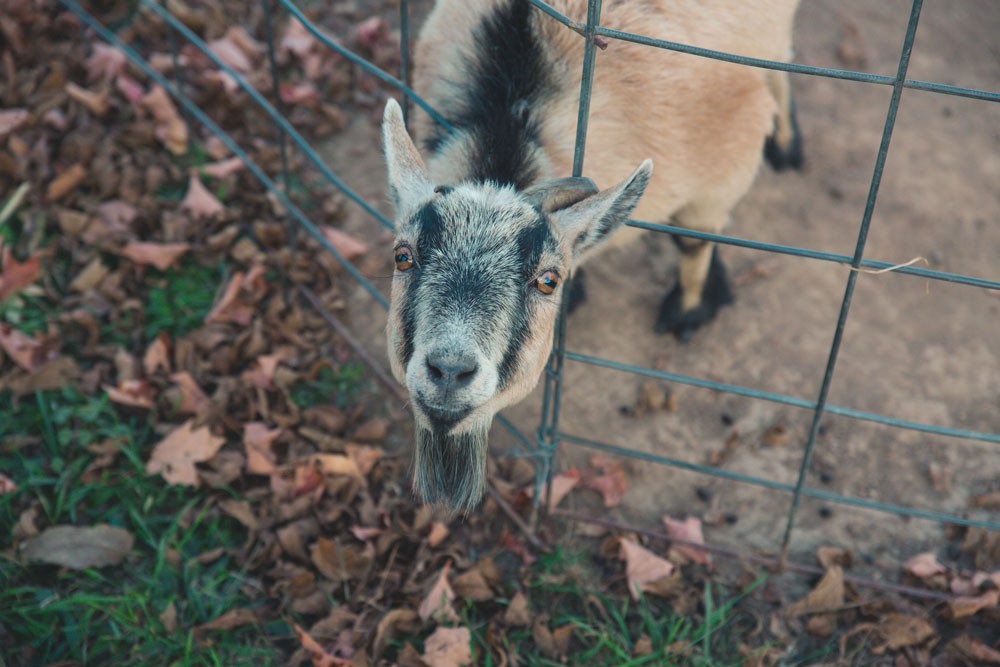 “Everyone helped and did a part that they really didn’t have to,” Erin says. “Everyone took part in it.”

This included leveling part of the ground to accommodate a dance floor for the reception.

“Once we got our tent set up, we rented and set up the dance floor,” Erin says. “My oldest brother went into the tent and realized that the floor was not level, so he, my other older brother, and my now-husband lifted it. They figured out how to get a skid loader into the tent without ripping it, leveled it out, and reinstalled the whole dance floor.” 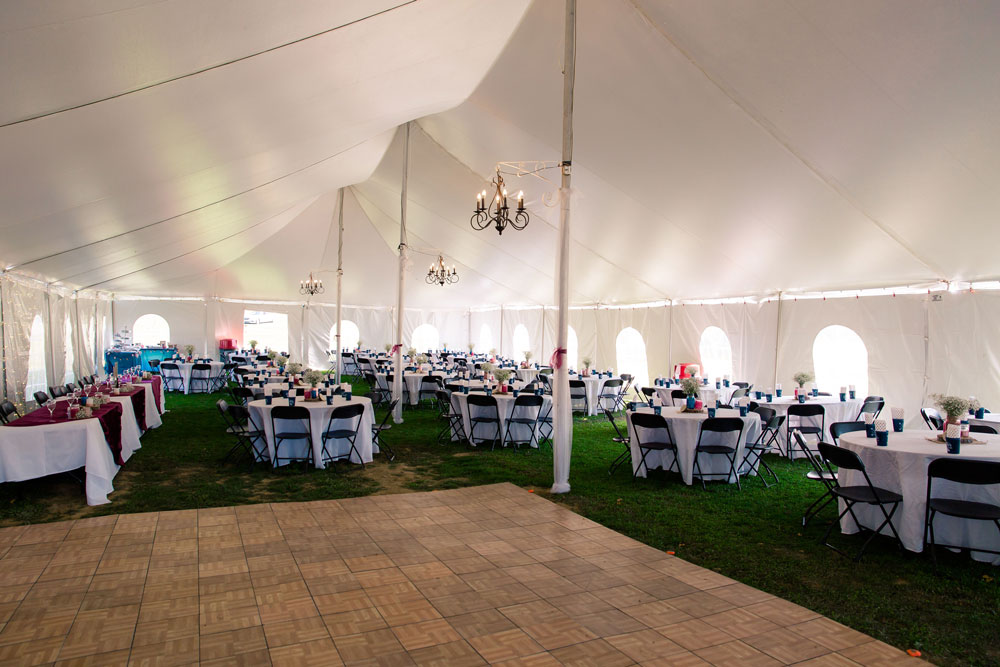 Despite her planning, nothing could’ve prepared Erin for the additional piece of news she received shortly before her wedding day. Her grandmother, Adelaide Burry, was admitted to the hospital, and Erin wasn’t sure if she would be able to attend the ceremony.

“But about three weeks before [the wedding],” Erin says, “she got out of the hospital and with enough time to get well enough to come.”

When Erin’s grandmother arrived, she gave Erin a special “something old” to wear.

“My grandmother was great. She loved jewelry,” Erin says. “She always had four or five jewelry boxes full of jewelry because she traveled a lot and picked things up when she traveled. … She always wore a ring on her pinky. … She sent it in [to the dressing room] with my sister-in-law and said she wanted me to wear it because the stone was the birthstone for October,” the month that Erin and Levi were married.

The ring had been in Erin’s family for nearly a century.

“She was telling me that it was her aunt’s, and her aunt received it … back in the 1940s from someone that had it in their family. They didn’t have children, so they gave it to my aunt. It’s been in my family for about 80 years. … The next day, when I gave it back, she told me it would be mine someday.” 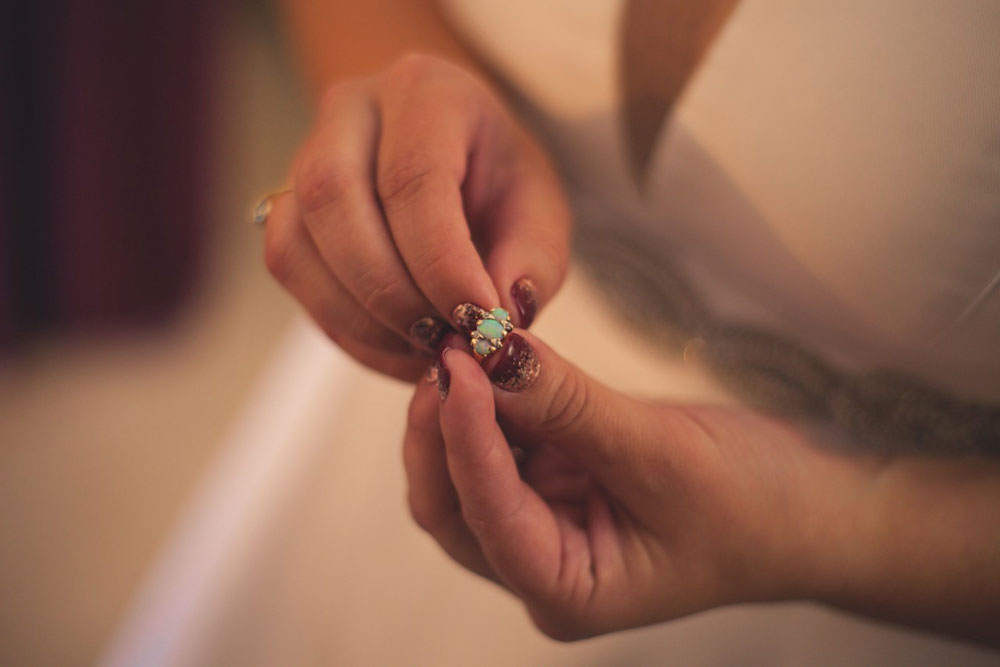 Wearing the ring while she walked down the aisle reminded Erin of her family, all of whom contributed something to her big day.

“I could have cried,” Erin says. “It just meant a lot. I had always admired the ring, and I also wear a lot of jewelry, which is something I get from my mother and grandmother. Jewelry is just … something that means a lot more to us because that was grandma.”

Erin did a first look with her grandparents instead of Levi, and her grandmother was elated to see her dress.

“Oh, she absolutely loved it,” Erin says. “Even after she started to decline after the wedding, she was telling all of her friends that she got to sit right up front. … It was so cute. … We also gave each of our grandparents an 8-by-10 photo from our wedding. She had a particular place for it [in her room].”

Erin’s beloved grandmother passed a few months after her wedding, on Feb. 28, 2021. 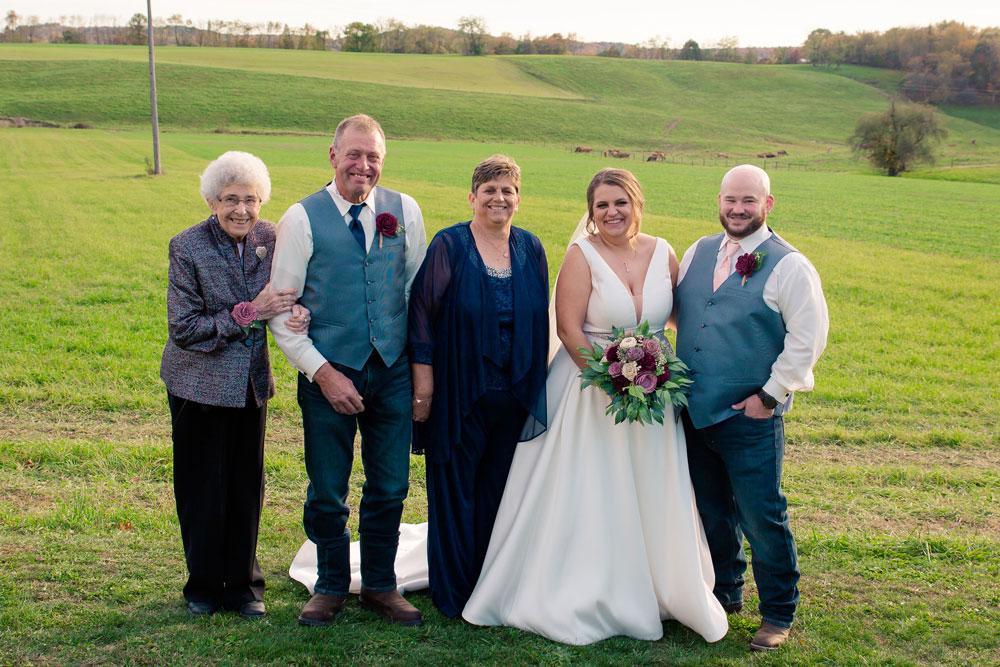 Now, the ring is Erin’s, and she hopes to give it to another relative one day. She is grateful she was able to have her grandmother, as well as the rest of her family, involved in the ceremony.

“It’s a family affair,” Erin says. “When you get married, you’re welcoming someone else into your family, so you need to have everyone there.”