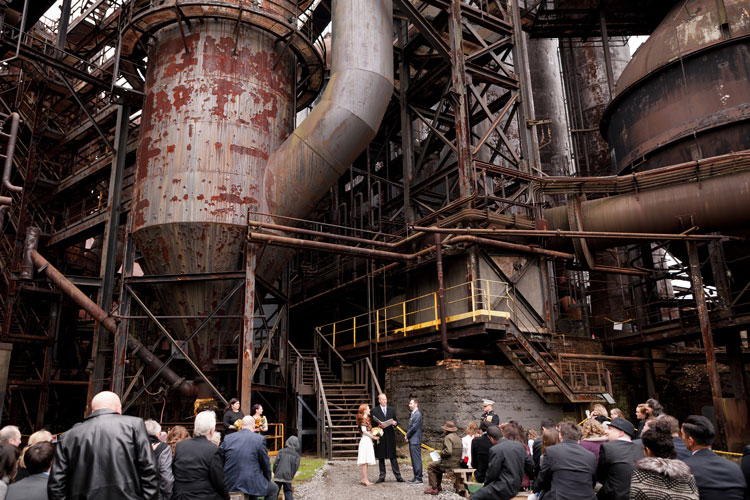 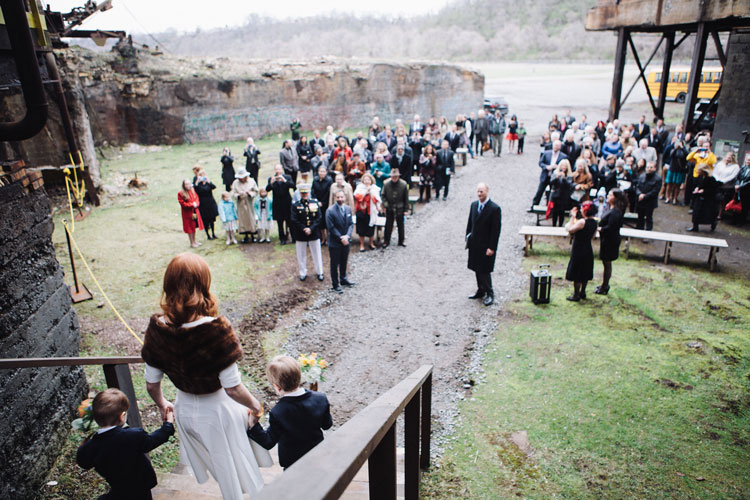 After seeing Kathryn’s then-rock band, Blindsider, perform a show at Howlers in Bloomfield with a mutual friend, Jonathan asked her out. They had their first date on April 1, 2009.

They spent the evening with an “epic walk” around the South Side, including stops at Big Dog Coffee, Ibiza and Hofbrauhaus. 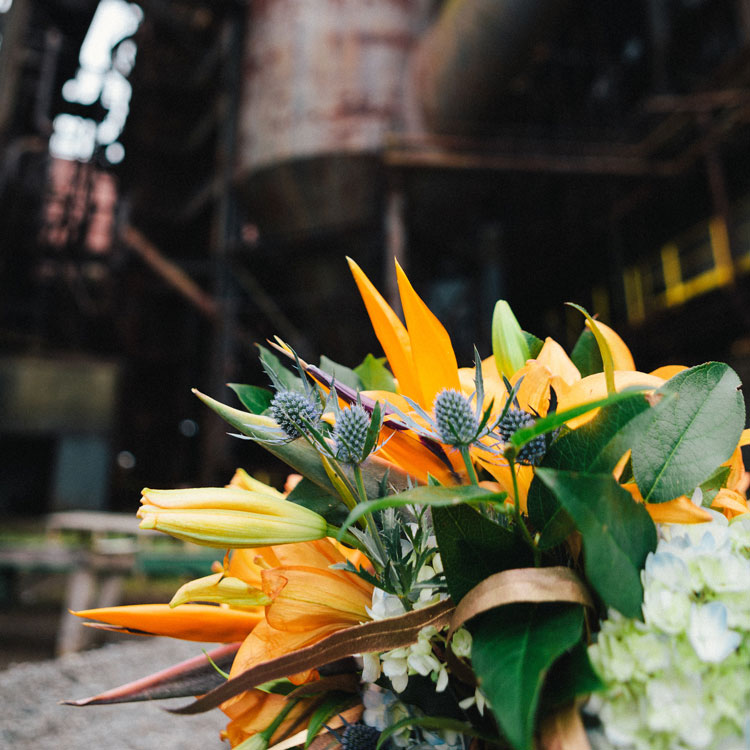 She Said Yes.
Kathryn and Jonathan weren’t sure if marriage were necessary to prove their love to each other, but after four years, a house, two children and a couple of dogs, Jonathan proposed during his parent’s annual Christmas Eve party in 2013.

As they were exchanging gifts, Jonathan asked their oldest son, then 3, to grab a small box. Their son quickly lost interest and tossed the box, with a custom-made ring, aside.

“He got down on one knee while my 1-year-old was crawling all over me,” Kathryn says, adding it was humorously romantic, but perfect for them given the stage of life they were in. 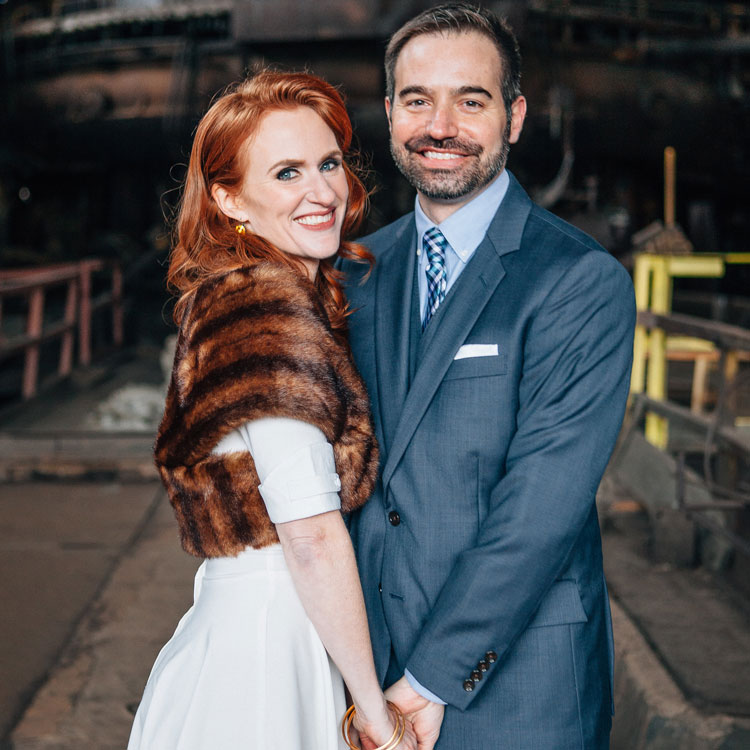 The Big Day.
The couple married in front of 100 of their closest friends and family at Carrie Furnace on April 1, 2017, the eight-year anniversary of their first date. Kathryn walked down the aisle to “Tonight You Belong to Me” from “The Jerk,” sung by The Wreckids, with the couple’s sons, August and Curtis, giving her away.

The wedding was appropriately titled, “Fools for Love: A Steeltown Wedding.” Everything from the date to the location to the food was a connection to Jonathan and Kathryn’s relationship. They held a welcome reception the Friday before at Hofbrauhaus, one of Jonathan’s best friends officiated the wedding in front of the Carrie Deer (the couple’s favorite piece of industrial sculpture) and their reception at the American Serbian Club offered an Eastern European feast via Apple Harvest Catering of chicken paprikash, pierogi and haluski.

The ceremony was short, but personal, as the couple shared handwritten vows. “I wrote about analogies between Carrie Furnace and our love, and about the ‘blood, sweat and tears,’ behind the industrial labor that reflects the labor of marriage,” Kathryn says.

The highlight of the evening was when Kathryn got on stage with a one-off band she put together just for the reception, Pleather and Lace, to sing rock n’ roll alongside some of the couple’s closest friends and members of various bands; Jonathan joined them for the last song. 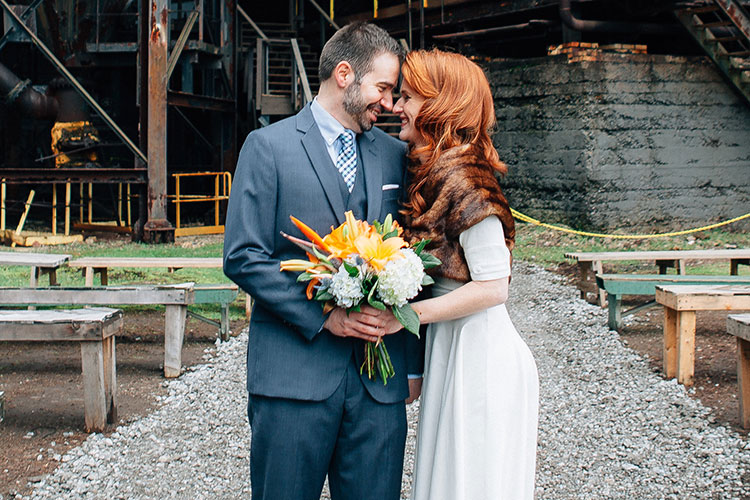 Happily Ever After.
Kathryn, 39, and Jonathan, 43, spent their honeymoon sailboating around the Virgin Islands and Puerto Rico where they enjoyed snorkeling, hiking and “camping on the water.”

Looking back on their wedding, Kathryn says she’s grateful.

“I am very glad we waited because our sons were such an integral part of it,” she says. “It was their day too.” 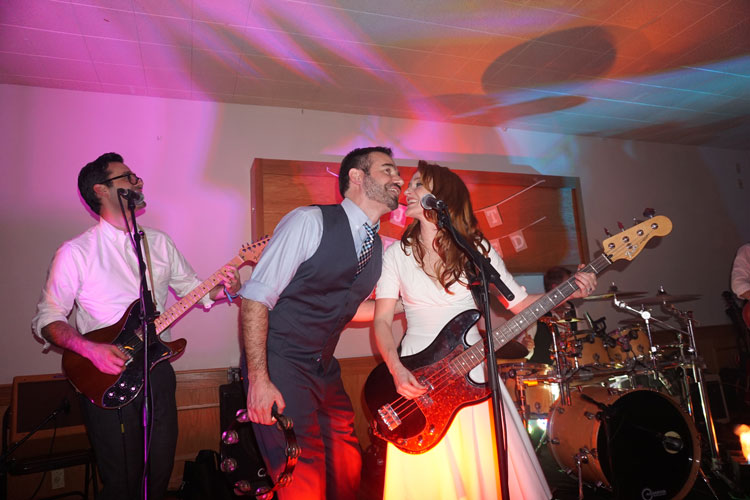