Food, Beer and Games at the Crafty Jackalope 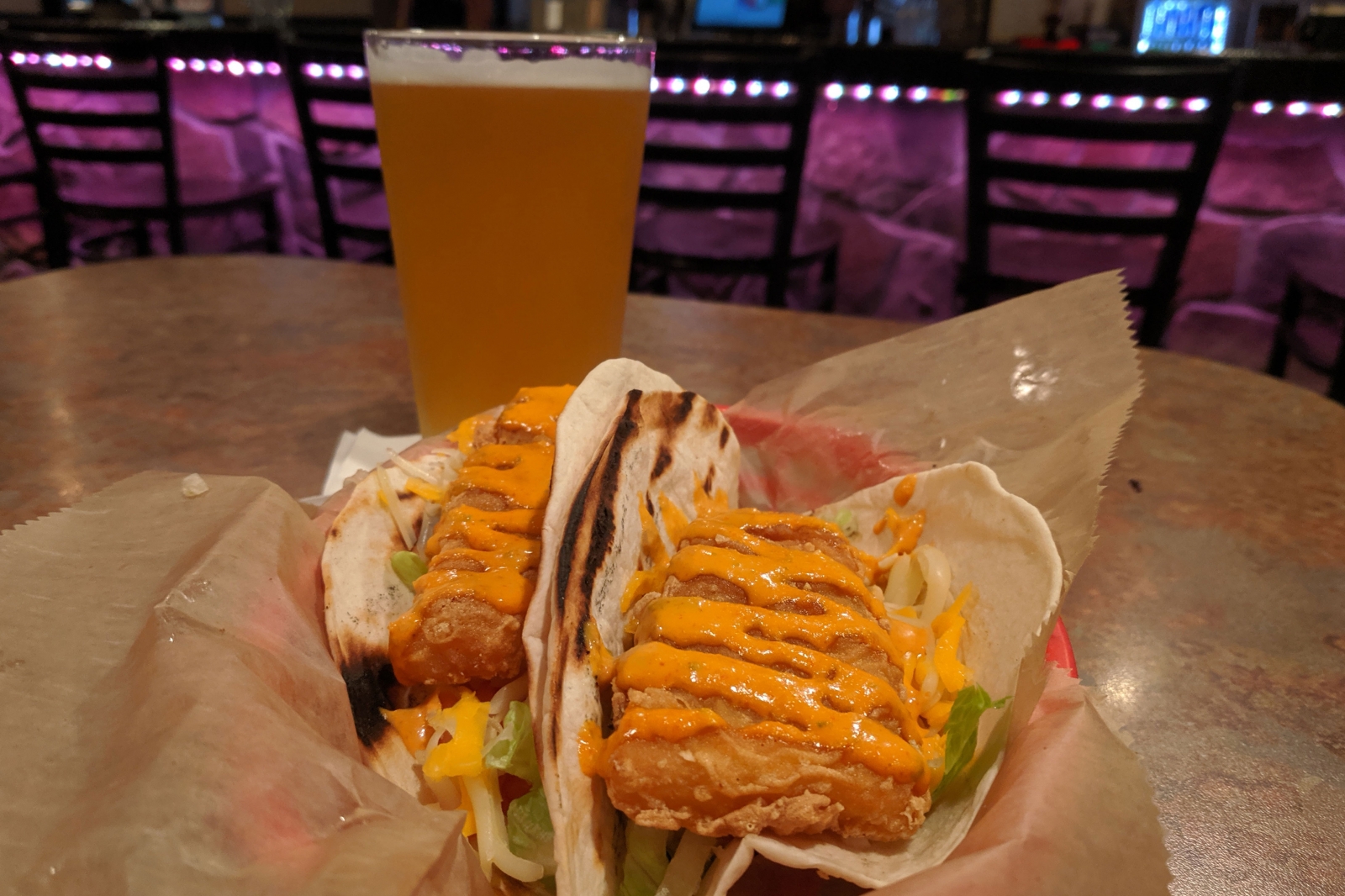 I have a rolling list of potential After Dark topics on my to-do list. Most of the items on it have been there for months, if not years; on at least one occasion, something remained long enough that it closed before I had a chance to visit.

As a result, it’s very rare that I can remember how I heard about a place or why I added it to the list. That’s the case with The Crafty Jackalope, a Bridgeville bar and restaurant that has developed a considerable social media following. Its Thursday night staple, “Tacos, Tequila, Trivia,” won the “Best Trivia/Game Night” prize in this year’s Best of the ’Burgh poll; that reminder convinced me to pluck the Jackalope out of my get-to-it-later list and make a visit.

First, know that this is a neighborhood bar, despite being in a territory most people know as a highway exit. The Crafty Jackalope is located in the heart of downtown Bridgeville, a considerably more pleasant corner of the county than the sprawling big-box territory along Route 50. (That stretch, in the interest of pedantry, is technically Kirwan Heights.) It’s a quiet, walkable neighborhood. I’d also recommend the spacious LaBella Bean Coffee House & Eatery across the street, which made me a very nice Red Eye as I sat and digested my sizable meal.

Speaking of the food: I left the Jackalope full and happy, owing to surprisingly flavorful steak fries (above-average cheese fries layered with strips of hangar steak and grilled peppers) and a pair of fish tacos. The menu focuses on a few specialties: mac-n-cheese plates, flatbreads, sandwiches and appetizers, mostly. It’s nice to see that the kitchen isn’t trying the everything-to-everyone, endless-menu approach that many food-focused bars do; they’ve limited their approach and that seems to have freed them up to get things right.

The craft in Crafty is in reference to the beer selection, which is respectable. Regional breweries are the focus — during my visit, Rusty Rail, Great Lakes, Fat Heads, Arsenal and Full Pint had beers on tap — with a preference for flavored or citrus-first beers, though that may have been a result of summer. I would dub the overall selection accessible craft; you’re going to get interesting offerings from small breweries here, but they aren’t necessarily going to be hop-head rarities.

There’s nothing wrong with that; this seems to be a bar designed to please crowds. The award-winning trivia night is one indication, as are the two karaoke nights; the Jackalope also books live music on Saturdays. Inside, it won’t be a quiet bar; outside, however, there’s a sizable and well-designed outdoor seating area. There are an impressive number of tables outside, matching or exceeding those inside; plenty of places will run out of outdoor seating in a matter of minutes on a warm day, but that won’t be a problem here.

If there’s a knock, it’s the price. I didn’t think I was ordering anything indulgent, but somehow worked my way up to nearly $40 after the tip. The beers were a few bucks more than I expected to pay in the suburbs. You could probably do better by chasing specials — plenty are advertised — but don’t expect a cheap night out.

Overall, it’s a nice hangout. If our readers are to be believed, the trivia night is worth a trip; beyond that, it’s more of a very good local bar than a destination, but that’s a fine thing to be. More neighborhoods need bars like this.