Flying Into the Future: PIT Getting New Terminal, Fewer Gates

Allegheny County Airport Authority plans to spend more than $1 billion to construct a new landside terminal as part of a modernization of Pittsburgh International Airport. 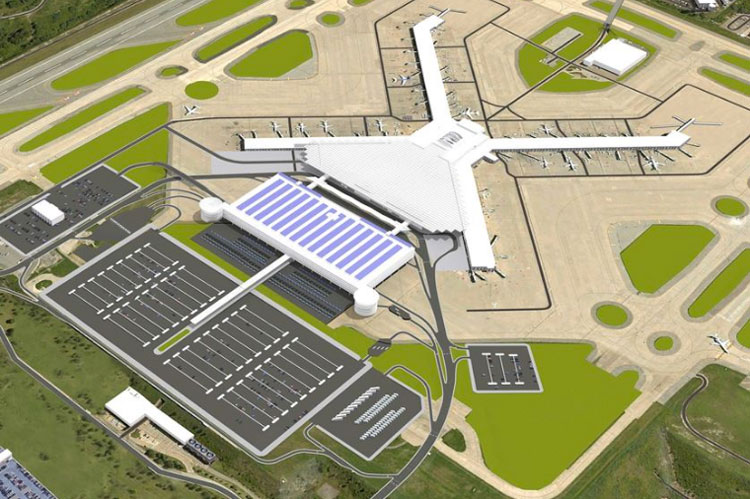 The current two-terminal system at Pittsburgh International Airport will be a thing of the past. On Tuesday morning, the Allegheny County Airport Authority approved the concept of a new landside terminal that will be built between the C and D concourses of the current airside terminal.

The future of the current landside building remains up in the air. Airport Authority CEO Christina Cassotis says it could be marketed to developers or it may be demolished.

"It will depend on what makes sense, who's interested and what the market will bear," she told the Post-Gazette.

Officials expect to break ground on the project in in 2019 with anticipated completion in 2023, according to a new website devoted to the project.

The plan also includes a new parking garage and an expanded security checkpoint.

“We are excited to make this Pittsburgh’s airport — a facility that is optimized for the needs of the local passenger and today’s aviation environment,” says Cassotis. “This is about being much more operationally efficient with a technology focus to position us for the future.”

Roughly two thirds of the cost will be financed through bonds and grants and another third will be paid for by the airlines through landing and facility fees.

Cassotis insists that the new construction is cheaper than upgrading the airport’s two existing buildings.

"We've got lots of systems nearing the end of their life. This building is 25 years old next month, and we have inadequate [security] checkpoint facilities," she told the PG.

"The long-term [operations and management] is so much cheaper that it's actually worth the cost of the capital construction."