These three films will arrive in Pittsburgh just days before the Academy Award nominations are announced. 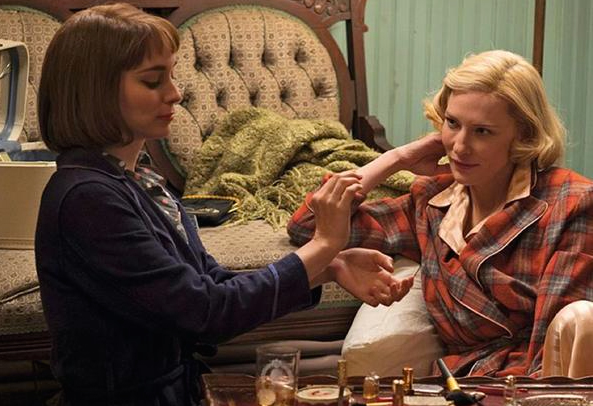 At this time of year, an antiquated piece of movie marketing rears its head: Compelling movies with Oscar aspirations premiere in New York and Los Angeles weeks before they’ll arrive in Pittsburgh.

This once was common practice, as films would be carried across the country by pre-Internet word of mouth. Today, studios following this method are partially concerned with creating buzz (you’re more likely to see a movie if you’ve been hearing about it for weeks) and partially hedging their bets (if a film flops on the coasts, it’s less likely a nationwide rollout will follow).

The other element of the strategy, though, is procedural: A movie must be publicly exhibited before the end of the year to be considered for the Academy Awards. Most of the films pegged as probable Best Picture contenders by goldderby.com — including “Spotlight,” “The Martian,” “Room,” “Bridge of Spies” and “Brooklyn” — debuted in Pittsburgh weeks, if not months, ago.

If you’re looking to get a jump on the other nominees before they’re announced on Jan. 14, here are a few late arrivals to look for. “Carol,” from acclaimed director Todd Haynes, stars Cate Blanchett and Rooney Mara (above) as two women forging a romantic relationship in 1950s New York City. Both actresses are believed to be in line for acting nominations, and the film could receive a shot at Best Picture; as of press time, no Pittsburgh release date has been announced, so keep an eye out.

“The Danish Girl,” based on a true story about one of the first individuals to undergo sex-reassignment surgery, is expected to net a nomination for last year’s Best Actor winner, Eddie Redmayne; it should arrive in Pittsburgh around the end of the year.

“Birdman” director Alejandro González Iñárritu’s embattled western “The Revenant,” starring Leonardo DiCaprio and Tom Hardy, was among 2015’s most anticipated films — but it will be Jan. 8 before we see it here.

The Strip District Music Fest (stripdistrictmusicfest.com) is the latest contribution to the trend of neighborhood-specific and entertainment-dense cultural events.

Following a precedent set by the Rock All Night Tour in Lawrenceville and the Deutschtown Music Festival on the North Side, the event on Saturday, Jan. 16 includes more than 120 bands and comedy acts performing at more than 20 bars, restaurants and businesses on Penn Avenue, Smallman Street and the cross streets connecting them.

The city’s ever-growing caravan of roving food trucks will keep everyone fed. One novel element to this particular festival is its pricing model. Tickets are “Pay What You Want,” with 75 percent of the proceeds going to the artists and the rest going toward costs of the event. Unspecified donations will be split equally; you can also direct your ticket sales toward a specific act.