Tim Ruff's ode to Pittsburgh has racked up more than 77,000 views on YouTube and earned him many new fans, especially of his latest EP, Winter's Coming, which was released late last year. 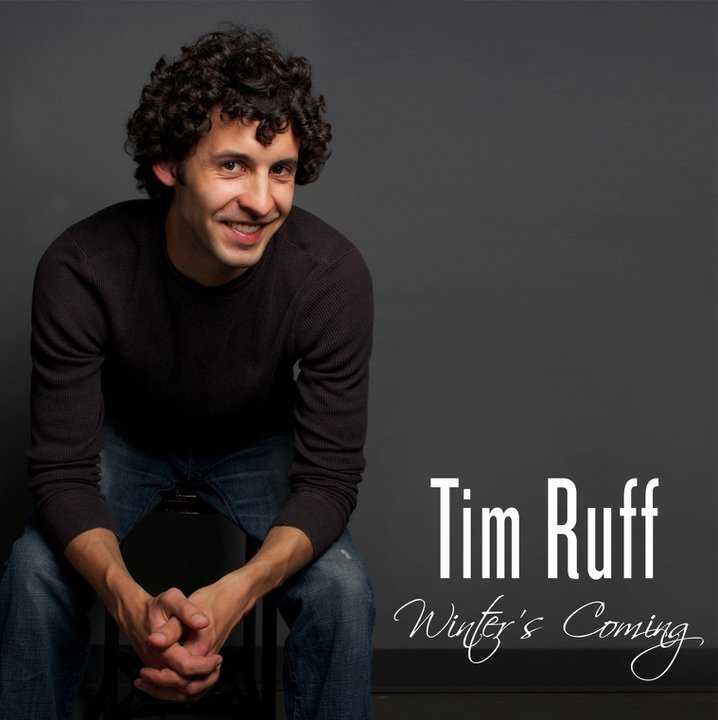 If you follow me via my That’s Church blog, Twitter or Facebook, then you’ve heard local singer/songwriter and recent CMU grad Tim Ruff’s Pittsburgh version of "Walking in Memphis," appropriately titled "Walking in Pittsburgh."

The Indiana native’s friendly and mischievous smile into the camera is the first thing that draws you in, followed immediately by the soothing sound of his clear voice around lyrics like, "Andrew Carnegie, won’t you look down on me?"

His ode to Pittsburgh has racked up more than 77,000 views on YouTube and earned him many new fans, many who will be sure to download the song from his site (timruff.com) or perhaps purchase his latest EP, Winter’s Coming, which was released late last year.

I asked Tim five questions. Read on to learn about how he wrote the song, who he compares himself to musically, and what his National Anthem pet peeve is.

1. Your e-mail to me hinted that this was sort of a whirlwind production. Is the song idea something that just hit you out of the blue, or is it something you were sitting on and thinking about for some time and just finally got around to writing and recording?

I actually wrote the song early this fall, and then I put it away. I had forgotten about it until I found it under a pile of papers on my desk I played the song at Club Café, and my friend Josh suggested that we make a video for it and post it on YouTube.

2. The song itself is incredible, and the video is so well produced, making it that much more memorable. How long did it take you to put the video together, and did you have a team helping you out? I guess I’d just like to hear more about making the video. Yes, that counts as one question. It’s my blog; I’m allowed to cheat.

The project took 18 hours from recording to finalization. It was a whole team of people that made this video possible. They were all Carnegie Mellon students. The filming was done by Josh Debner with the help of Aneesh Devi. The band consisted of CMU musicians Alex Weston, Erin Dowrey and Terence Einhorn. They played piano, drums and bass respectively. The sound engineering and track production was handled by Andrew Goldberg. Josh Debner and Sid Nangia edited the video.

The process: In the frigid Saturday afternoon preceding the AFC game, Josh, Aneesh and I drove all over Pittsburgh to film. We shot for four hours and headed straight to the recording studio. We spent the next two hours gathering the band, setting up and recording the music. In truth, it only took us three runs to get a worthy take of the full song. Alex, Erin and Terence are excellent musicians, so the recording process was a breeze. We simply called the instrumentalists in the late afternoon and asked them to learn Marc Cohn’s “Walking in Memphis” and then come in to record. Andrew, our sound engineer, made short work of the project, producing a brilliant-sounding final track in less than an hour. At around 10 p.m. Saturday night, Josh and Sid began editing the video. They worked straight through the night to 7 a.m. on Sunday, the day of the Steelers/Jets game. I was awoken by a call from Josh encouraging me to come and review the video before it was finalized. Needless to say, I was stunned. I had no idea that the final product would be so outstanding.

3. The cover for your EP Winter’s Coming, you look so much like Josh Groban, but whom do you compare yourself to musically and artistically?

That’s really funny that you would mention that. I used to sing Josh Groban’s music in high school and play off of the fact that I looked like him. Though I was trained classically, I would find it tough to put my style of music in the same CD section at Barnes and Noble. I would consider myself an “acoustic crooner.” In terms of popular musicians, I would compare myself to Michael Buble, Jason Mraz and James Taylor. I’ve covered everything from Frank Sinatra’s “Summer Wind” to Jason Mraz’s “I’m Yours.”

4. First 10 songs on your iPod/mp3 player in shuffle mode? God. I hope something embarrassing like Hannah Montana or Air Supply pops up!

5. I hear from your co-workers that you’ve got a pet peeve about National Anthem singers. What is it, and what did you think of Martina McBride’s version before the AFC Championship game?

Singing the national anthem is different from most other performance occasions in that the singer does not have a whole concert of music to perform, just one song. My pet peeve is when singers take the national anthem as an opportunity merely to show off their vocal prowess. They seem to miss the whole point of what they were called to do.

In my opinion, this song is not about the performer. It’s about us, the United States. The singing of the national anthem is a memorial ceremony. It has captured a moment in history that was meant to be remembered and perpetuated. As soon as a singer begins distorting the melody with riffs, trills, bells and whistles, the song’s function is destroyed. When the audience can no longer connect with the song, let alone follow along with the melody in their heads, it becomes strictly a “me” show. When it comes to making stylistic changes to our national anthem, moderation is key to any performance.

With that said, I have a few words to say about Martina McBride’s performance at the Steelers game. I would first like to applaud Martina for belting out "The Star Spangled Banner," despite the icicles hanging from her ears. Her presentation of our national anthem, in a capella style, was one of the better performances I’ve heard. She kept any sort of flourish to a moderate minimum, leaving no unwanted surprises in the wake of her powerful pipes. I think her vocal style was perfect for a song like this—powerful and clear. I commend her traditionalism and humility in her performance and hope that others will follow her lead. Music provides many opportunities for extravagance and virtuosity. The nation anthem at the Steelers game is not one of them.

Are you listening, Christina Aguilera?