Five Questions for … Ian Rosenberger on Behalf of Team Tassy

Months ago, Pittsburgher Ian Rosenberger made and kept an incredible promise to Tassy Filsaime, a young Haitian man: To bring him to Pittsburgh for a life-saving surgery that would treat a cancerous tumor on his jaw. 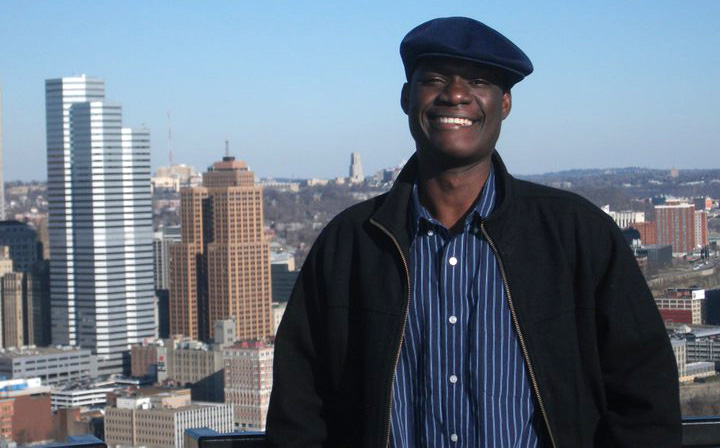 
When I first met Ian Rosenberger, it was in early September 2009 at Pittsburgh Magazine's Best of the 'Burgh party, a few weeks after my identity reveal and four months before a devastating earthquake hit Haiti.

It's hard to miss Ian. He's exceptionally tall and charismatic. As a friend recently said, "Whatever it is, Ian has it."

I asked Ian why he looked so familiar. He grinned sheepishly but didn't speak. His friend Cathy, a 96.1 DJ, piped up for him. "Ian was on Survivor."

I later discovered that Ian was the third place finisher on Survivor: Palau, something I'd probably have tattooed on my forehead if it happened to me.

After the earthquake in Haiti, I received an e-mail from Ian informing me that he had met a young man on a recent post-earthquake visit to Port au Prince, and that the young man, Tassy Filsaime, was dying from a cancerous tumor growing on his jaw, and that Ian was going to save him. He just needed to raise $50,000 to get him to Pittsburgh for surgery. As became the tagline for the Meet Tassy fundraiser that Ian eventually held, If you had the chance to save a kid's life, would you?

I think we all would want to, but I think most of us would be daunted by the magnitude of the "how."

I was struck with that magnitude on behalf of Ian—but honestly never once doubted that he would make the surgery happen. In November of 2010 after successful fundraising, Ian personally brought Tassy to Pittsburgh for the surgery that saved his life. Via a leg bone, Tassy gained a brand new jaw that bares almost no trace of the surgery. After valiantly fighting off a post-surgery infection which made Team Tassy fear he "would never get better," Tassy steadily improved.

Tassy lived with Ian in his two-bedroom apartment before and after his surgery, forging a friendship that will last forever, between a 19-year-old kid and the 29-year-old man who made a big promise and kept it.

Yesterday, Ian returned Tassy to his family in Haiti where Tassy will stay until this spring/summer, when he'll return to Pittsburgh for installation of teeth.

I posed five questions to Ian about Tassy, but Ian could easily fill a book with this story of life-saving, life-changing love.

Then read on as Tassy answers five questions of his own.

Five Questions for … Ian Rosenberger on Behalf of Team Tassy


1. You looked at Tassy and decided to save his life. Was there any point in trying to make that happen that you truly feared it might not?

Definitely. As soon as I told him we'd help—every day leading up to the day he actually was under anesthesia was full of "Crap, how is this even possible?" moments. None of us have an extra $50,000 in our couch cushions, so first it was "How on Earth are we going to raise 50 grand?"

Then, U.S. Customs isn't exactly falling over themselves to give visas to the 8 million poor people trying to get out of Haiti, so once we raised the cash, it became "How on Earth are we going to get a dirt poor Haitian kid into the U.S.?" Everything from where he would stay to teaching him how the shower worked was new to us and to him. That's why we've been so blown away by how many people who've come up to us and said things like "Whatever you need."  While vaguely Godfather/Sopranos, it's been such an amazing experience that way and such a shining example of what type of community Pittsburgh is.

2. Tassy's English has shown remarkable improvement. How did you make that happen?
That's all Tassy. He went from zero English to Evgeni Malkin in four months. I gave him my cell phone last spring when we met, and he would call me, and then we would both realize that we had zero idea of how to communicate with each other. It'd be like "Hello Ian!" … "Hello Tassy!" …  Awkward silence.

Then, when I went to Haiti to bring him to the States, we sat on the dirt road outside the U.S. Embassy waiting for a ride, and we just started pointing out things to one another and identifying them in Kreyol and in English. That kind of set the tone. Then, when he moved into my place, a friend suggested we put post-its all over the apartment labeling everything with what it's called in English. Of course, we went overboard. I'm going to be finding post-it notes on weird stuff in my bathroom for months.

3. Ballpark figure, how many people had at least some small part in saving Tassy's life? From the people that helped you bring Tassy here to the doctors to the caregivers to the tutors to the people who donated, etc.? How do you feel when you see that number?
Wow, I haven't really thought about it that way. I'd say it has to be more than 500 at this point, for sure. Our mailing list is almost that many, so probably even more than that.

When I see a number like that, I see everybody who stepped up  on days when we were utterly wiped out to cook for us and Tass. I see every nurse at AGH who would wake us up in the mornings with breakfast in the hospital. I see Dr. Jeb and Dr. Mike—"very good men," Tassy would say. I see people I'd never met before walking up to me and telling me that whatever money we needed that we didn't raise, they would write a check right there for the balance.

This experience has been so rich not just because of Tass, but because of what it says about this community. I really believe that the average person really wants to help but often times isn't sure where to begin. It's encouraging to know, that once you offer a common sense outlet for them, they give so wholeheartedly of themselves.

All 500 people are truly a part of this family and can say someday to their kids or grandkids, "I helped save someone's life once." Straight up. How cool is that? 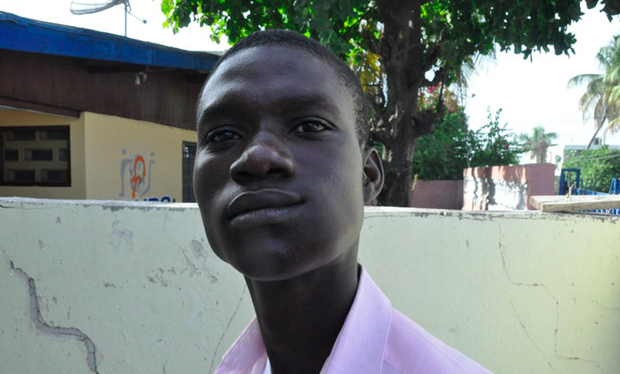 4. What was the single scariest moment of this journey for you?
For me, I can pick it out exactly. It was this past July, before we had money, doctors or we even really knew what Tassy's chances were. Tassy e-mailed me worried that he was getting worse, and I was hanging out with my Dad at my parent's place. I had zero idea of how to help this kid, and was really scared that he would die before we could get our sh*t together enough to get him to the States. I had given him my word, and in Haiti, when some white dude comes from the U.S. and says he can help you, you believe him, you even count on it. Knowing that kept me up at night.

My dad and I sat down that day and came up with a dozen ideas, everything from smuggling him in to getting him here and just showing up at the emergency room. That evening, I met Jeb Blaugrund, who eventually became Tass's surgeon. After that, we were off and running.

I'm really glad Team Tassy didn't get him smuggler style. We would have been awful at it.

5. You're taking Tassy back to his family on Thursday. What are you going to miss the most about having him around?
Everything. Tass is one of those people that lights up a room when he walks into it. We got so lucky. He's an incredible person, and it's like having a son and a brother all rolled into one. My apartment is generally a revolving door of people these days. It's never quiet, but some nights, after everybody's gone for the day, Tass will start telling stories of what his life has been like in Haiti. Laura (Kelly, of Team Tassy) said it best when she said that you know life's crazy when you find yourself correcting somebody's grammar as they're talking about the number of times they've nearly been shot dead in the street.

Having a person like Tass in our lives is a constant reminder of what life is like everyday for most people. When a refugee is brushing his teeth in your bathroom, life can't help but be thrown rather suddenly into perspective.

There will be a huge hole in our hearts where Tass has been these past four months.

Tassy and me one week before his return to Haiti.

I only recently met Tassy, but I've been writing about him since Ian first brought him to my attention. When he returned his answers, Tassy included a brief note in his broken English:

"It was great to met you at the party and you for came. I also want to say thank you for help. You can't imagine how I was hard to see my face like it was! Jesus speak in your heart and you did not say no. But now I'm free because you help me. Thank you very much!"

Such high praise for me, a person who didn't do nearly as much as others.

Tassy is a happy, vibrant young man with a quick smile, a quick hug, and an obvious passion for life.

And the boy loves to sing and dance and says he wants to be a doctor someday.

I asked him five questions; here are his answers:

2. What are you going to miss the most about living here?
"My friends and the beautiful view!"

3. What shocked you the most about America?
"It's a TV show name Millionary where man can meet man and get married if they want."

4. What kind of future do you see for yourself, and how is it different than the future you envisioned before you came to America?
"I see Tassy have his entreprise, hospital and music school. Can take care of his family and help people who need. I see a Psalmist!"

5. If there's just one thing you'd want us to remember about you, what would it be?
"Never forget I love you! This love from to my heart."