My sisters love him. My mother loves him. And you, Pittsburgh, will love him, too, after reading this interview. 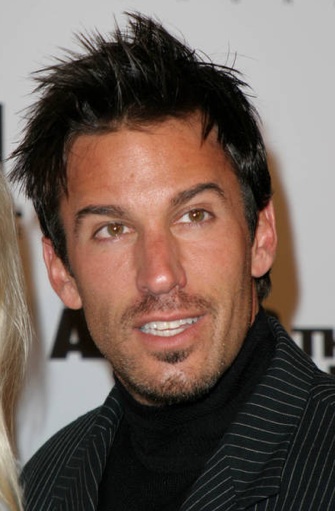 You might know ‘Burgher Dan Cortese from many shows since he first entered the scene as the host of MTV Sports. To name a few places you’ve seen him: MTV Rock n’ Jock, Melrose Place, Seinfeld, Veronica’s Closet and What I Like About You.

I didn’t know Dan Cortese was from Pittsburgh until just a few weeks ago, but once I learned he was, I was determined to make him the subject of my next "Five Questions for … ," not knowing at the time that he was hosting a new VH1 show called Money Hungry.

My sisters and I are all big Dan Cortese fans, so much so that when I told them he was doing "Five Questions for … ," every one of them said, "Dan Cortese?! I love him!"

Then my mother overheard and asked who we were talking about and we said, "Dan Cortese."

"You know. Vic from What I Like About You?!"

I bet you’ll love him, too, Pittsburgh, after you read his answers to these five questions:

Question: I thought I knew all the celebrities that hailed from Pittsburgh, but when Tall Cathy from KISS 96.1 told me you were a ‘Burgher, I almost fell out of my chair. I had no idea! I’m disappointed in me. My first question for you is, do you still have a connection to Pittsburgh, either through family or perhaps just in your heart? Does Pittsburgh still mean anything to you?

Answer: My parents and oldest brother still live in Pittsburgh. And as far as "Pittsburgh meaning anything to me," I will forever consider myself a Pittsburgher. I’ve lived in L.A. for 20 years and still to this day when people ask me where I’m from, I always say Pittsburgh. There’s a special bond with people from Pittsburgh. It’s where I was raised and where my "working class" ethic and mentality were instilled. But what I love most about people from the ‘Burgh is that what you see is what you get. They are decent, good, real people. No games, no B.S. If they like you, they tell you. If they don’t like you, they tell you. I love  that!

Q: I watched a lot of Rock ‘n Jock softball and basketball in the nineties and you are like the King of Rock n’ Jock. You’ve played with everyone from George Clooney to Derek Jeter. You homered in your final softball game, and I want readers to know that wasn’t an easy thing to do. Derek Jeter didn’t even do it. My question: If MTV came to you and said you’re the manager of a new Rock ‘n Jock softball team, who are some names you’d want on your team now? I have a Zima that says you’ll say one of them is Shaq.

A: Funny you ask that because a week does not go by when someone doesn’t ask me why MTV doesn’t do the Rock n’ Jock games anymore. My squad? Hmm.

First  Base: Justin Bieber because he’s this generation’s Donny Osmond. The girls would cheer for him, and he’d play first base because he’s 16 and that’s all the further he’s ever gone.

Second Base: Diddy. All of the glare off of his "bling" would potentially blind hitters and he could give Bieber pointers about "the ladies."

Shortstop: Jeter, of course. He deserves another shot to try and catch me on the Rock n’ Jock home run list.

Third Base: Joy Behar and Kathy Griffin. I’d want to get them as close as  possible to the opposition’s bench to constantly badger them by dropping "D-List" jokes, repeatedly flipping their red hair and constantly trying to talk louder than each other. They’ll have Bellamy going to the bullpen before the 3rd.

Left  Field: Manny Ramirez. One of the worst left fielders in history. His drops would make the blooper reel sizzle, plus after each one, I’d have him go to the ump and ask if the "infield fly rule" was in effect.

Right  Field: Bill Clinton. Just because it would me laugh to make him play "on the right." And also because he wouldn’t get the joke since he’d be so preoccupied laying his rap down to Lady GaGa, who’s playing center.

Catcher: Lindsay Lohan—because every Rock n’ Jock team needs the prerequisite "hottie," and her court appointed ankle bracelet won’t allow her to go any further than the batter’s box.

Q: You are going to be 43 this year, and you are—easily—more in shape than most 30-year-olds. I know this because I watched a lot of What I Like About You. How do you stay so fit nowadays? I’d love it if you tell me you’ve discovered the secret to staying in shape without diet and exercise. Please?

A: First  off, thanks for stating my age. I will now finish this interview balled  up and crying in a corner. Now, how do I stay in shape? I don’t want to tell you all of the secrets that are going to be in my book, but here’s a hint: Tomatoes, hot peppers, chicken and red wine (and an Iron City and Primanti’s sandwich every now and then doesn’t hurt, either!)

Q: I know you’re still a Steelers fan, and I tell you, Pittsburgh seems a bit divided when it comes to Ben Roethlisberger. It ranges from those that want him neutered to those that want his name glorified above all other football names. I’m somewhere in the middle. I’m so disappointed with him, but I don’t believe anyone is ever too far gone that they can’t change. What do you think about the whole situation?

A: Wow. You  realize any way I answer this question, I’ll [tick] off at least half of your readers? That being said, here’s my humble take on "Bengate." I do not think Ben is a bad guy; I actually think he’s a good guy who, unfortunately, has made some really bad decisions. While his past judgments strayed beyond embarrassing and verged on appalling, I can also understand how he got to where he is. As the 20-something, two-time Super Bowl-winning, $104 million quarterback of the Pittsburgh Steelers, the media and we as fans helped to create the "Big Ben" persona; that’s our fault. The problem is, he came to believe it; that’s his fault. While I do honestly believe Ben will continue to do all that he possibly can to do the right thing and put this behind him, only time will tell. All I can say is this, the time has come for Ben to stop acting like a "one of the guys" and start acting like a "man." And I think he will. Now I hope No. 7 can get back to the business at hand: Getting the Steelers and the city of Pittsburgh No. 7! Good luck, Ben. I’m pulling for you.

Q: I’ve been reading everything about you I could get my hands on. I relived the fact that you were the original mimbo thanks to your appearance on Seinfeld. I relived your days on Veronica’s Closet. Your death on Melrose Place, which, what a jerk you played on that show. I relived your abs on What I Like About You. [sigh] [blink] And I’m back. Then I stumbled upon your new VH1 show, Money Hungry. These people have put up their own money, $10,000, and they’re using that as a motivator to lose weight and hopefully win $100,000.  I’d stop eating swiss rolls for sure if money was involved. You’ve spent time with this group of people now and I wonder, as someone who it seems has never struggled with his weight (abs [sigh] [blink]), have you learned anything from these people? Perhaps about their struggle or the emotions involved in it? Have they impacted you at all?

A: What  I liked and respected about everyone on this show was their drive and  determination. These were not wealthy people and they were betting $10,000 of their own money on themselves. They all had come to the point in their life where it was imperative to make a change, and God bless them, they decided to do it on national television. And the fact that they all had a sense of humor on their individual journey was not only heartwarming, but inspiring as well.

This article appears in the August 2010 issue of PittGirl.
Categories: PittGirl