Get to know the DIY-director and jack-of-all-trades who created a SyFy series in three weeks. 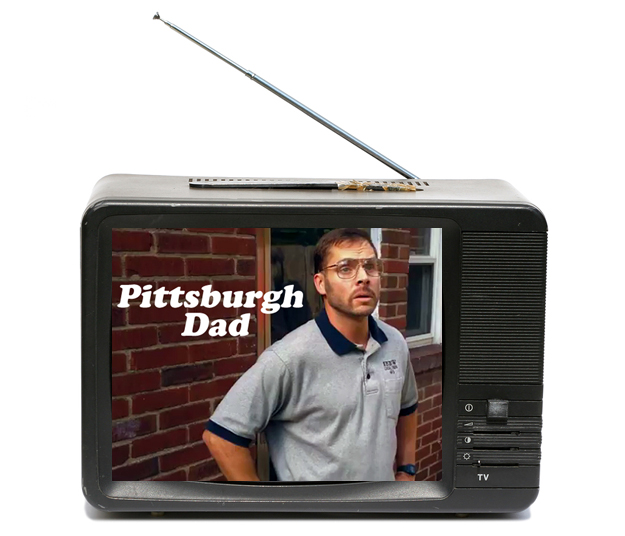 Three years ago, filmmaker Chris Preksta, a Munhall native and Steel Valley High School graduate, asked himself a question: "What if a normal office drone had to save the world…and then go to work?" The answer resulted in his filming of the black-and-white science-fiction throwback "Mercury Men," which was partway through production in Pittsburgh when SyFy network came on board to distribute it on their website as a ten-episode web series.

Preksta, a self-professed NASA buff who admits he threw a party for the 40th anniversary of the Apollo moon landing, wrote, directed, produced, scored and even built all the props for the alien-invasion series, which was filmed over three weeks in October 2008 at North Way Community Church in Wexford, an insurance company in Cranberry and the 6th and Penn garage downtown. Preksta put several ex-pats to work on the series, including LA-based PJ Gaynard as the director of photography and LA-based Ricky Lyle, the costumer who flew back to Pittsburgh for a month for the shoot, "creating big budget costumes on only a few hundred dollars," according to Chris.

Recently, I asked Preksta approximately one million questions about both “Mercury Men” and “Pittsburgh Dad.”

These are five of them:

1. I'm now a big Curt Wootton fan. In “Mercury Men,” I felt like I was watching a young Indiana Jones with his brashness in the face of danger and his smart remarks with perfect timing. How did you come to cast Curt in this role?

I've known Curt since filming our first series, “Captain Blasto,” which also featured Mark Tierno (Edward in “Mercury Men”). The role of Jack Yaeger was written specifically for Curt. No other actor was even auditioned. Obviously, I wouldn't do that unless I was incredibly confident in Curt's talent. But it was also because Curt shares my same love for Indiana Jones and Star Wars. I figured that instead of waiting for someone to someday give us permission to film the type of movie we've always dreamed of, why not make one now, albeit on a fraction of the budget, and have the time of our lives?

2. While watching the series, I got the sense that the writer was driven by an appreciation for ‘60s and ’70s science fiction, but then as it progressed, I felt perhaps you were driven by a love of space exploration. Is either or both of those true? You just paid such beautiful homage to the moon landing that it couldn't have just been a half-baked idea you had. You made me feel something there with the way you made the still photos come to life.

“Mercury Men” draws inspiration from several places: the retro serials of the ’30s and ’40s, the science fiction films of the ’50s, the “Twilight Zone” television series, the Star Wars and Indiana Jones films, and as is depicted in episode 6, the space race of the 1960s. The NASA sequence was designed to inspire Edward, and in turn the viewers, by reminding him of what an impossible feat normal, everyday American men and women were capable of achieving. That specific episode is without a doubt my favorite of the entire series.

3. Tell me about the props, particularly the ray gun (pew pew), the brain (ew) and the gravity engine. Who designed and built them?

I designed and built all the props. The ray gun is a classic revolver modified with PVC piping. While it is technically a futuristic weapon, I still wanted it to look like it was modeled after a retro item. So while it shoots lasers, the laser "bullets" need to be manually loaded.

The brain itself was a Halloween prop I picked up at a local costume store. The brain's jar is a simple glass kitchen jar topped with metal stove drip pans and outfitted with all sorts of fun electrical wires and doodads, including components from a 1950s telephone.

The Gravity Engine was built by my father and I. I drew a general sketch, but we basically strolled through flea markets, thrift stores, junk yards and hardware stores looking for items we thought would work. The main body of the engine is an old kerosene heater topped with the housing for a ceiling fan motor.

4. If you could do this entire project all over again, what would you have done differently?

My biggest regret is not having the Grace character throughout the entire series. The role was intentionally kept short because I was having trouble finding the right actress, especially one that could commit to the entire production for free. [Pittsburgher] Amy Staggs auditioned for the role just a week or so before filming began so I had no idea how great she would be and how wonderful her chemistry with Mark was. Combined with Mark and Curt, they would have made a great trio.

5. I'm dying to know the genesis of Pittsburgh Dad. How did the idea form to create the character, who is the inspiration for him and his personality, and what are your plans for the web-show?

On the set of “Mercury Men,” in between takes, Curt would often talk to the crew in the character of a Pittsburgh dad. He'd just walk up to a grip and say things like, "Did you wash your feet in that little bucket before you got in the pool?" Or, "I got to stop at Kmarts and pick up some WD-40." The original inspiration was definitely Curt's own father, but everyone would be dying because he sounded like EVERYONE'S dad.

Two weeks ago, Curt was visiting from LA. While sitting at lunch discussing future projects, I said, "Why don't we just go film your Pittsburgh dad character? Right now. We'll just shoot a 30 second bit on my iPhone." Honestly, our original intention was just to goof off for an afternoon and shoot something to post on Facebook for our own friends and family. We made a quick costume stop at the thrift store, talked through a few jokes, and filmed five episodes in under an hour. Never laughed so hard in all my life. The only reason we had to shoot more than one take was because I was shaking my phone camera from laughing.

We literally turned our parents into sitcom characters along the lines of Archie Bunker simply by adding a laugh track to the phrases they actually say!

When we posted the first episode we guessed that we'd maybe get 100 views (our friends, family, and maybe a few confused “Mercury Men” fans). We were FLOORED the first day when it did 10x that. A stand-up comedian friend of ours, Aaron Kleiber, forwarded the video to WDVE and they featured it on their site. Then you posted about it on your blog and our followers doubled! It eventually broke 5,000 views in under a week. We were absolutely stunned.

Since then Curt and I have been texting each other Pittsburgh Dad jokes and episode ideas non-stop at all hours of the day and night. It'll be 4 a.m. and I'll randomly text him, "No, we ain't going to Kennywood, ain't your school picnic." We wrote dozens of episodes in just a few days (not a hard feat considering episodes are 45 seconds long). Curt will be flying back to Pittsburgh in the next few weeks to shoot a new batch of episodes and we'll continue to release a new one every Tuesday morning.

But what about Mercury Men and Edward? "Fans should rest assured,” Chris said, “We're dying to get back into the world of the ‘Mercury Men,’ and even if the series is a minor success, we'll be firing the ray guns up again."

This article appears in the November 2011 issue of PittGirl.
Categories: PittGirl