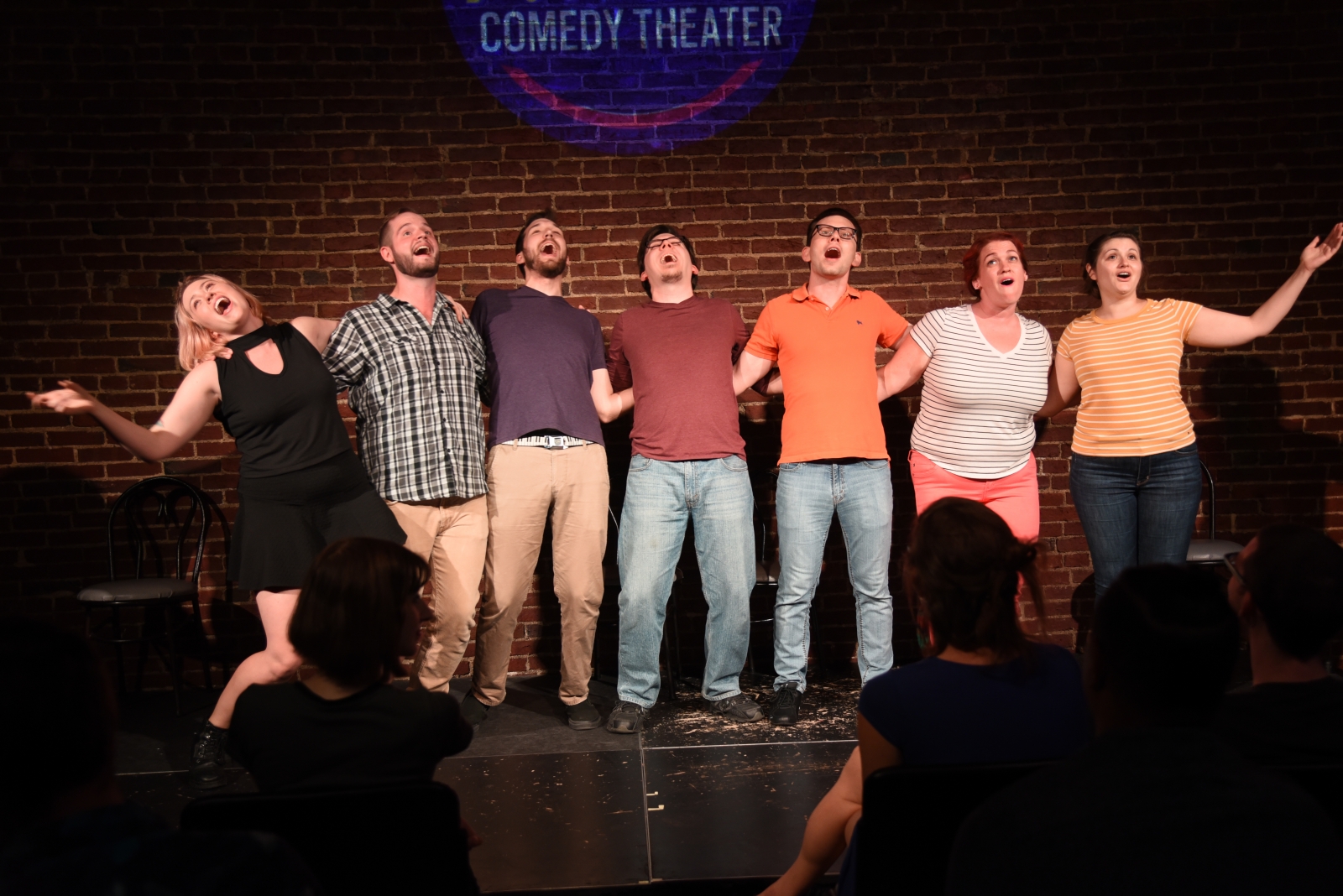 You gotta watch out for November.

The preceding months have a distinct urgency. August, the end of summer proper. (Or, at least, it used to be.) September, the beginning of your preferred autumnal activities. October, a solid 31 days of terror. (Or pumpkin-flavored items — of which, I feel compelled to state, I hold unwavering support.)

But then November shows up. Few are actively engaged in holiday things yet, thankfully, and we’re all sort of girding ourselves for the onslaught of cold weather, excessive calories and semi-hibernation that is to come.

Resist the temptation. You cannot actually binge Netflix for four consecutive months. (I mean, you can, but it would not be a solid life choice.) Go out and do things.

Grand Reopening Weekend
Nov. 3-4, Arcade Comedy Theater
Arcade Comedy Theater turned a bare storefront at 811 Liberty Ave. into a Downtown destination, building audiences over four-plus years with a calendar full of live improv, sketch and stand-up comedy. This weekend, they’ll officially open a new theater down the street; the new Arcade, at 943 Liberty, includes two stages and much more space. Six shows make up the grand opening festivities, three of which will include special guest (and Pittsburgh native) Jon Daly; elsewhere during the weekend, you’ll find Rick Sebak, Aaron Kleiber, Frankly Scarlett, Dinner with the Nolens, a revival of the bygone Pitt tradition Friday Nite Improvs and much more. (Full disclosure: While I perform fairly regularly at Arcade, I’m not scheduled to be a part of this weekend’s events.)

Sound Series: SQÜRL / “Gimme Danger” Screening with Jim Jarmusch
Nov. 4-5, Carnegie Lecture Hall / Carnegie Museum of Art
The director Jim Jarmusch is best known for quirky, divisive films beloved by some cineastes and bemoaned by others; a few, such as “Down by Law” and “Ghost Dog: The Way of the Samurai” are undeniable classics. He’s coming to Pittsburgh for a pair of events: On Saturday, he’ll appear with bandmate Carter Logan for a Warhol Sound Series event; collectively known as SQÜRL, they’ll provide live accompaniment for a quartet of Man Ray/Dada films. The next night, he’ll answer questions after a screening of “Gimme Danger,” his documentary about Iggy Pop and the Stooges.

Adorning the Boudoir: High-Fashion Nightwear Party
Nov. 10, Ace Hotel Pittsburgh
“Adorning the Boudoir,” a tie-in to the exhibit “Undressed: A History of Fashion in Underwear,” which runs through Jan. 7 at The Frick Pittsburgh, seems to be the sexiest conceivable event which could still be termed classy. (A tightrope to walk, indeed.) Guests are encouraged to wear nightware for a party and fashion show — of intimates, yes — at the Ace Hotel. Spring for the VIP ticket for a night-long open bar, and strongly consider booking a room upstairs (there’s a discount for attendees) so you have no need to drive. Or get properly dressed. Tickets and full info here.

Lez Zeppelin
Nov. 17, Jergel’s Rhythm Grille
There are many, many tribute acts performing Led Zeppelin tunes; many tour globally and draw big crowds since seeing the real deal is no longer an option. Few such outfits, however, have sparked as much interest as Lez Zeppelin, the all-female outfit Chuck Klosterman once hyperbolically declared “the most powerful all-female band in rock history.” I saw them years ago at the former Altar Bar and was dazzled (and I’m not even that big of a Zeppelin fan). They return to town this month for a Friday-night gig at Jergel’s.

WWE Presents NXT Live
Nov. 30, Stage AE
Among fans of pro-wrestling, those truly dedicated have always preferred the efforts of scrappy underdogs — grapplers who look more like (particularly athletic) average joes than Hogan-esque cartoons — and sought out underground shows in small venues in pursuit of something different. A few years back, WWE decided to start serving that kind of product as a side dish to their marquee attractions, and NXT — part developmental league, part faux-indie outfit — was born. Why should the casual (or non) fan pay attention? Because intimate Stage AE has proven itself to be the most exciting venue in town for pro wrestling, and some of the best performers in the world will appear on this show.